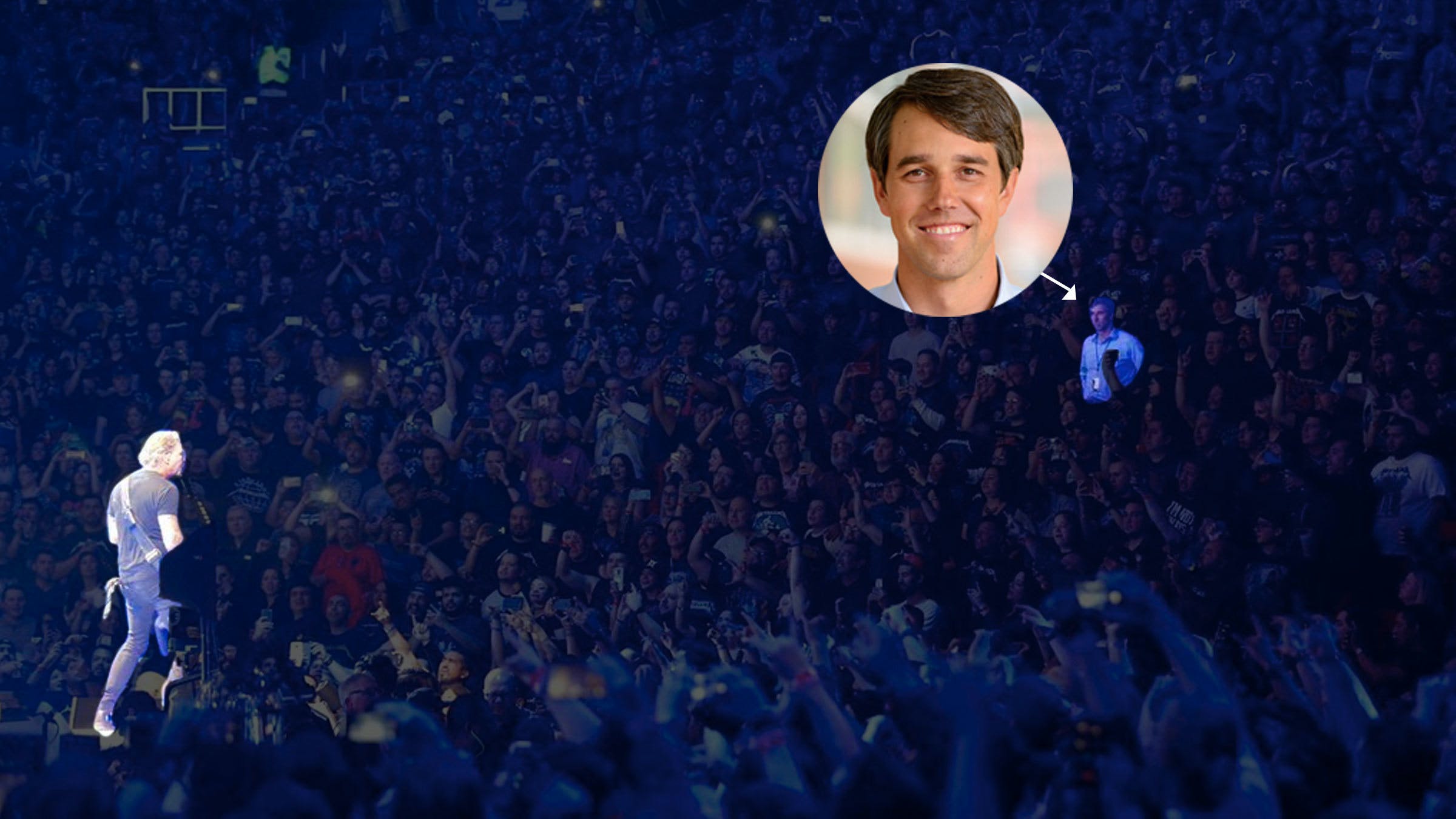 While much-loved Texan congressional Democrat Beto O'Rourke narrowly lost his senatorial race against Republican Ted Cruz, he easily won the hearts of Americans with his progressive policies and affable public image. And now, he's won over metal fans by showing he's not too cool to come rock out to Metallica.

Beto was spotted at a Metallica show last week, and one excited fan tweeted shots of him hanging out in the crowd:

Even funnier than shots of Beto at a metal show were the responses to the excited dudes standing around him:

As pointed out by the fine people at Metal Injection, this isn't the first time that Beto has made his love of Metallica known -- the dude has a history of repping metal's biggest band:

No matter what your political stance, you have to admit, this rules.

Whether or not Beto will use Creeping Death as his next campaign trail song remains to be seen. But hopefully, he got to see the live debut of Here Comes Revenge.