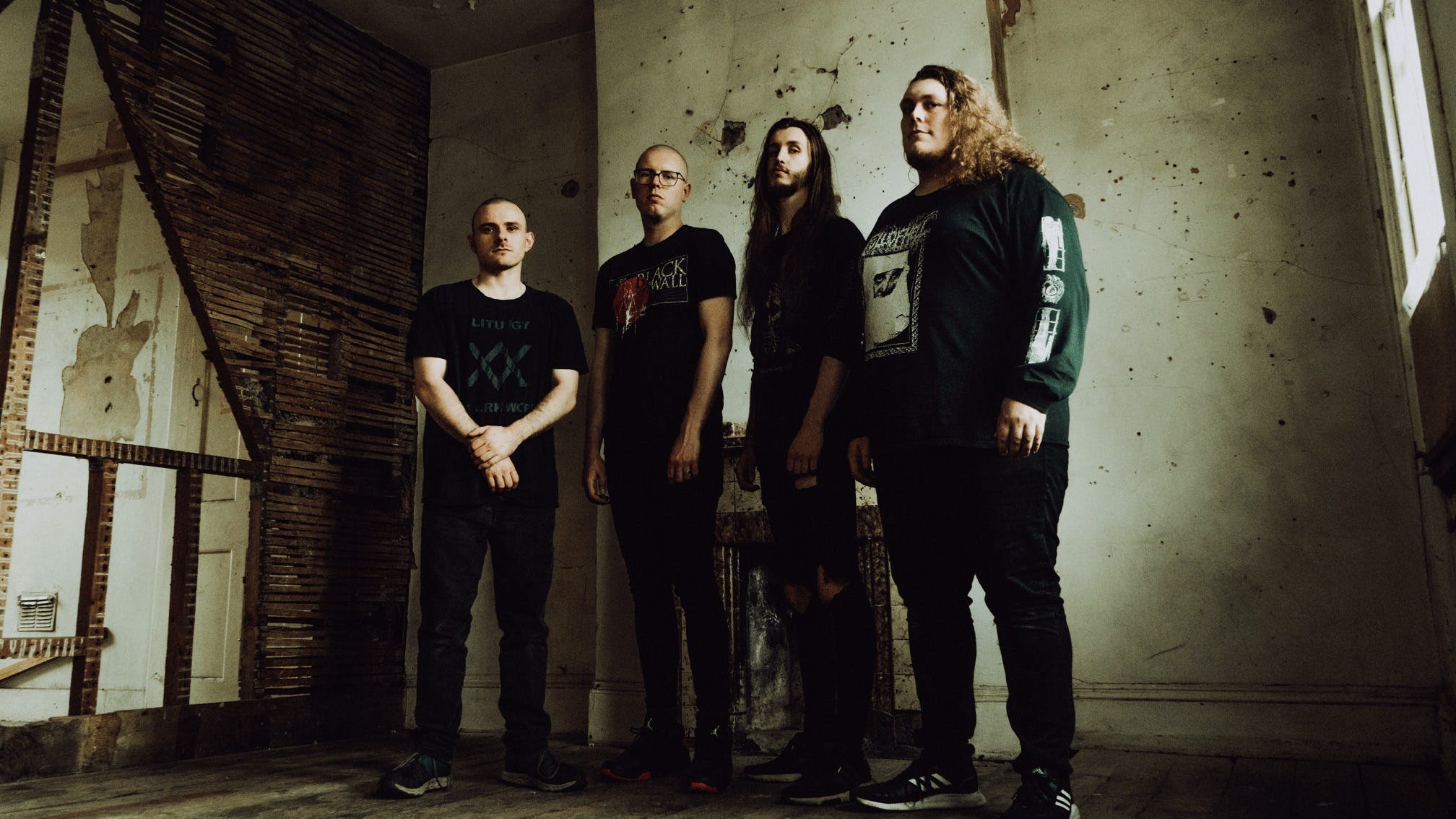 Four years since their brilliant, 5/5-rated Mire debut marked them out as one of the best new bands in Britain, Conjurer have finally unveiled the first look at its follow-up, Páthos. The first track, It Dwells, the band say showcases all of the album’s personalities in one scorching cut of metal.

You’ve finally made a new album. That only took four years…
“Yeah! When we did Mire we were like, ‘We’ll get our shit together and do a new album really quickly.’ And it took a global pandemic to make us get to it and stop doing loads of gigs instead of writing a record. But here we are, it’s done.”

Had you been working on it for ages and it was just a case of getting it all together, or did you properly have to start from scratch?
“It was pretty new, really. With Mire we were still using songs and ideas that had been around since day one. So we pretty much started from a clean slate for the first time. It felt quite daunting. Dan [Nightingale, vocals / guitar] was terrified. It all came together, not quickly, but once we started writing and songs started coming out, it came together alright. Although when we went into the studio, we hardly had any lyrics, and we decided to add another song to it as well, after tracking drums for three days. We were adding things right up until 1am on the last night in the studio. It was a process ’til it was done. And Dan’s just decided about 10 minutes ago that he wants to change something on a song we’re putting out in a couple of months. The nature of this band is that we keep evolving things until about two years after a record’s come out.”

How was the writing?
“Well, it was the first time we’ve ever done something where we’ve gone, ‘Let’s sit and write a whole album.’ It feels like we’ve been doing this for ages, but we’re still relatively new to it all; we’re only on our second record. There was more of a vision for it than Mire, where that was a case of keeping on writing songs until we had an album’s worth of material. This was an attempt to get more of a unified sound, so it definitely feels more like A Record. There was no manifesto, as such, though, but we definitely had more focus than before.”

Where did you do it?
“We did the drums with Greg Chandler from Esoteric at his studio in Birmingham, The Priory. That took a week. And after two days of tracking we realised that two of the microphones were broken so we had to start again. Connor did all his bass parts in there as well, in one day, which is wildly impressive, ’cause we didn’t know he could play at all. Dan did some rhythm guitars there as well. So it was a busy, intense week.

“After that, we went to a lock-up in Northampton, where we took all our own gear, and had our front-of-house guy at the time come over and tracked it all ourselves over a week-and-a-half. Which, again, was really stressful. Then we sent that over to Will Putney, and he sent us a bloody album back. It was a good deal.”

You played a million gigs on Mire. Did that affect the songwriting in terms of how you might feel playing the songs after the hundredth gig with them?
“Yeah, we wanted to have some of that energy. Then we didn’t do that. We’ve got all these songs that are mainly quite slow. It sort of sums up everything we do in this band, really. Mire was just us playing on the weekends, being a local opener, hanging out and writing riffs on the weekend. But after that we started doing festivals and proper tours with big bands, you’re gonna get the benefit of all of that on this record. I think our tastes have changed and developed and expanded so much now, so our base level interests of Gojira and those bands who made us want to play heavier music, we’ve now gone off the deep end, and those other influences are only just starting to come in now. Mire feels quite basic compared to what we’re consuming and where we see the band. Me and Dan have always talked about wanting to take that extreme, Roadburn sound, and trying to distil it into something more accessible. You put on Mire now, and it’s just big, dumb idiot riffs. This definitely encapsulates what we’re going for.”

The first track, It Dwells, is out now. Why that one?
“It’s the only track on the album that shows all the sides of what we do. It’s got death metal-y bits, it’s got little clean sections that don’t go anywhere. No blastbeats, though. We should probably add some. But it feels like the most representative of the Conjurer sound, whereas all the other tracks sort of lean into their own avenue. It kind of feels like an overture, if you will. As soon as it was done, it was obvious it would be this one. Then the other singles will be totally opposite, the least representative of what we do. I don’t want to be the sort of band where people can anticipate what’s going to happen.”

Lyrically, where are you going?
“This is a weird one, because this time it was a lot more collaborative, lyrically. Normally one person would take the lead and maybe someone else would add an idea or two, but this time there was a lot of sitting around and passing bits of paper back and forth. But there’s no concept, really, just more miserable songs. There’s a track about the fallout of dementia, and dealing with that as the loved one of someone who’s got it and who may end up in that situation themselves. There’s tracks about being really fucking miserable and that internal struggle of depression and anxiety, and how you approach that. Almost the duality of how those feelings manifest, and balancing the true you and the negative self. And then there’s a track about robots taking over the world.”

Tell us about the artwork…
“We, in typical Conjurer fashion, couldn’t really agree on the art direction for ages, until we came across Jean Luc Almond, who is a French man from Milton Keynes. His style is he’ll take these muted backgrounds, and then do oil paintings on top of it. So we commissioned that, so we have the physical painting now, and we had it photographed to capture all the textures of the oils on it. He’s an artist who captured all of our imaginations. We wanted something that really captured all of the atmospheres of the record, and once we found him which took the longest time, it was easy to get something we were all happy with.”

Finally, give us the hard sell on the album…
“It’s, objectively, the best album anyone’s ever made. So that’s pretty cool.”

Páthos is due out on July 1 via Nuclear Blast.