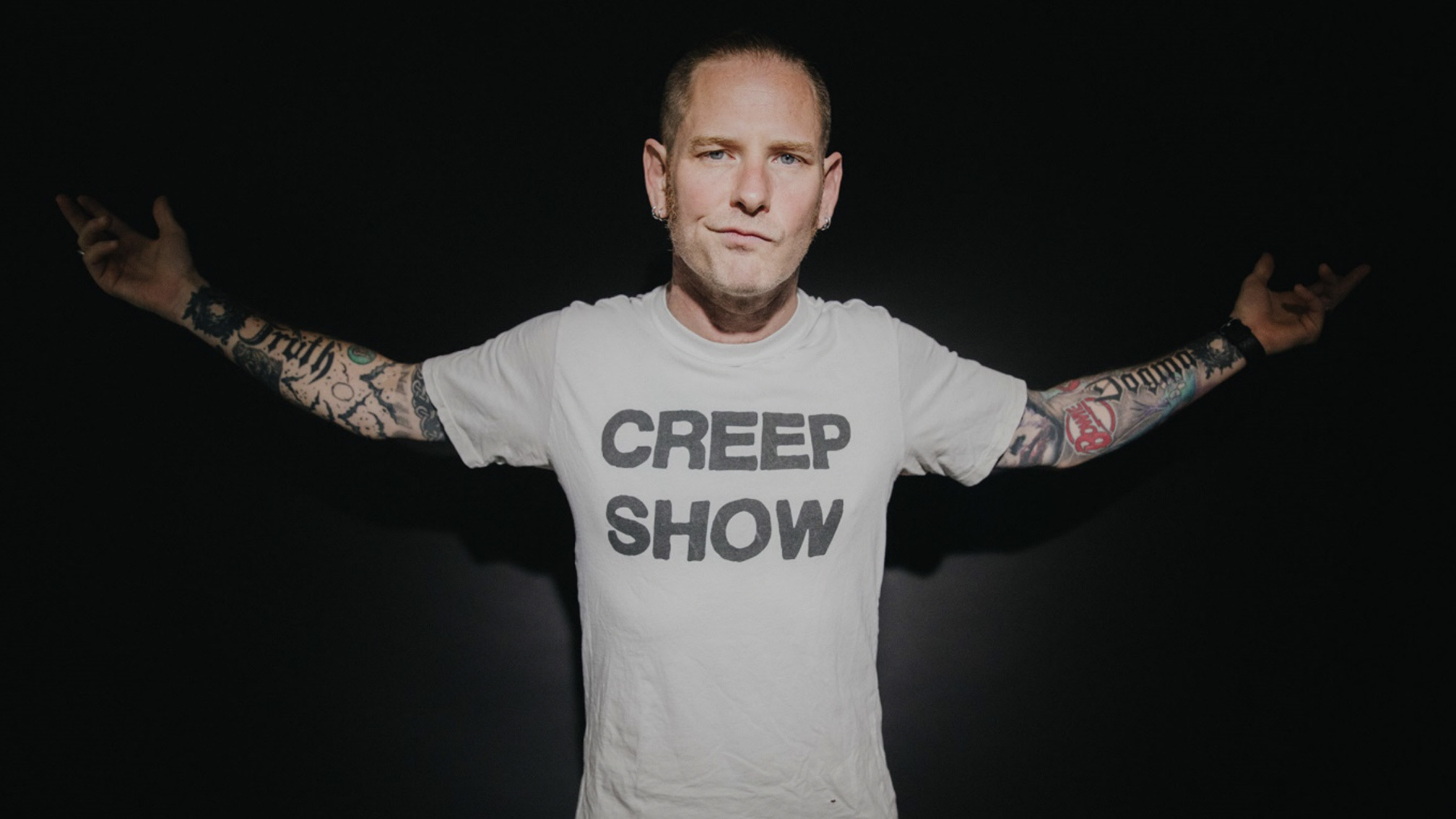 He's been teasing his upcoming debut solo material for several days now, and finally Corey Taylor has unveiled not one but two new singles!

The Slipknot and Stone Sour frontman has launched two explosive tracks – CMFT Must Be Stopped featuring Tech N9ne and Kid Bookie, and Black Eyes Blue. The former comes accompanied by a gloriously OTT video, starring an absolutely incredible number of cameos: from Metallica's Lars Ulrich, to BABYMETAL, to Chris Jericho, to Marilyn Manson, to Judas Priest's Rob Halford. He's sure got a lot of famous pals, huh?

Both songs are taken from Corey's debut solo album, which simply goes by the name CMFT. The record is due out on October 2 via Roadrunner Records, and is available to pre-order right here. As Corey has previously stated, it features his friends and bandmates Christian Martucci (guitar), Zach Throne (guitar), Jason Christopher (bass), and Dustin Robert (drums), and was produced by Jay Ruston at Las Vegas' Hideout Studios.

If you're a Corey fan in the UK, the musician has a snazzy exclusive white vinyl edition of CMFT which will be available at hmv as well as independent record stores. Elsewhere, on Amazon, there's a limited number of CD and vinyl options with an insert hand-signed by Mr. Taylor himself. Head on over to thecoreytaylor.com for all merch bundles!

Watch CMFT Must Be Stopped featuring Tech N9ne and Kid Bookie below:

Check out the full tracklist for CMFT: