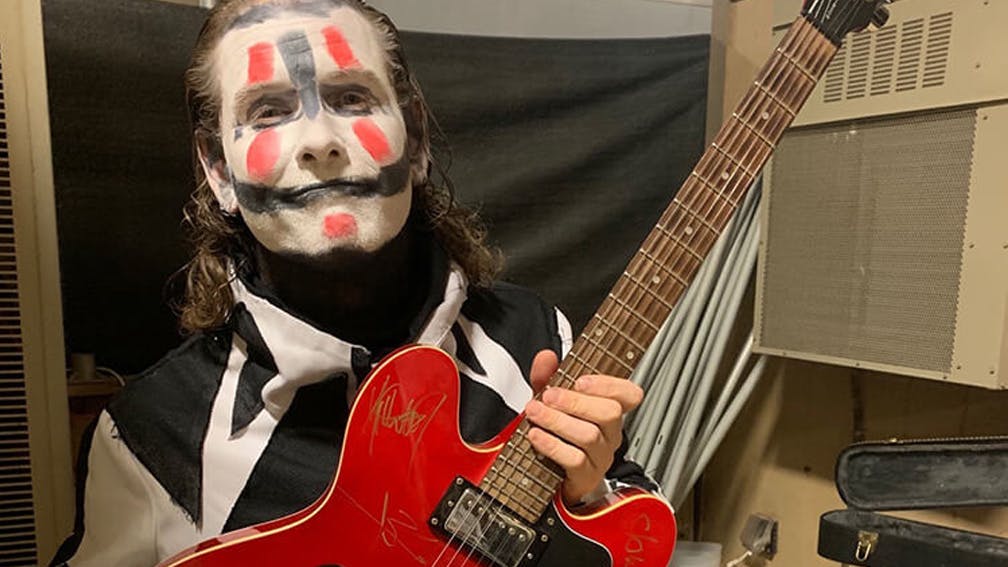 Neil Fallon of Clutch has recruited some of rock's biggest names to donate instruments and other memorabilia for a huge charity auction in the name of protecting innocent children from crimes.

The frontman has been working on the board of the Innocent Lives Foundation to safeguard young lives alongside founder Chris Hadnagy and experienced lawyer Tim Maloney since 2017, with this incredible new auction the first of its kind for the charity.

“No-one wants to hear, let alone talk, about the topic of child abuse," explains Neil. "We can choose to look away, but the victims don’t have that option. I realised that if I am in a position to help, how could I not? Putting together this auction is an easy thing to do for kids that need our help so desperately.”

Slipknot's Corey Taylor and My Chemical Romance's Frank Iero have both donated guitars; Corey's instrument was reportedly used to write his first-ever solo album (which is still to be announced) on his tour bus, while Frank's was smashed onstage (though still looks in pretty good condition) by the musician in the early My Chem days.

Also available in this online charity are signed posters from Foo Fighters and Black Label Society, signed guitars from No Doubt, Zakk Wylde, Thursday and Clutch, and a beautiful photo of the late Chris Cornell, signed by photographer Andrew Stuart.

See Neil explaining everything below, and head to Auctions.innocentlivesfoundation.org to get bidding straight away – the auction ends on December 8.

Check out Frank explaining the origins of his broken guitar:

Read this next: 8 times heavy metal did great things for the world