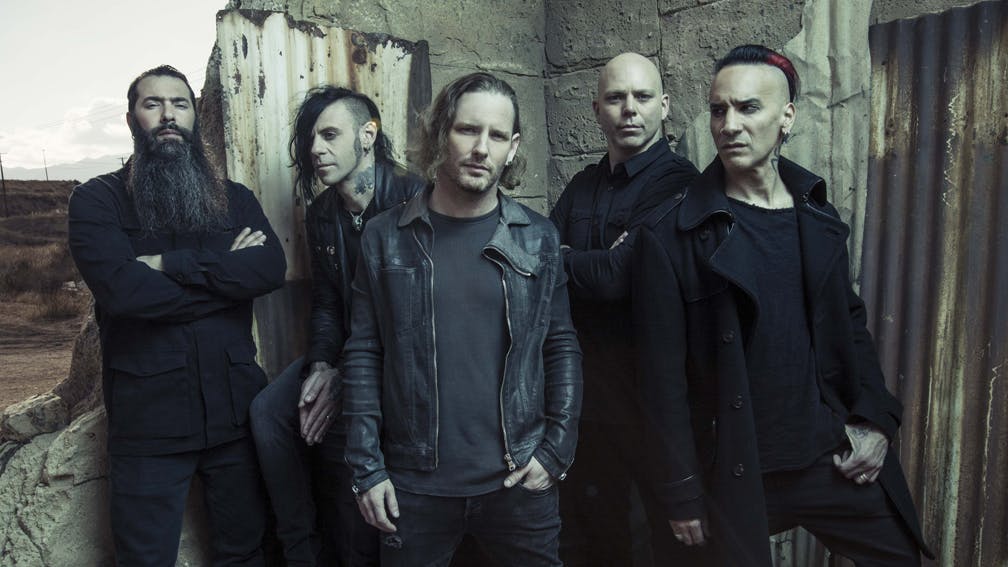 Three years on from the release of their sixth studio album Hydrograd, and it doesn't look like we're going to get a follow-up anytime soon, as Corey Taylor says that Stone Sour are "kind of on hiatus".

Naturally, in the time passed since Hydrograd's release Corey has been occupied with other things – namely, releasing We Are Not Your Kind with Slipknot, and touring the world in support of the stunning 5K-rated record. And now, with a solo album on the way, Stone Sour are going to be remaining on "the back-burner".

"We all kind of felt that we did exactly what we wanted to do on Hydrograd, and we're just giving it a minute," the frontman explained on the June 3 edition of SiriusXM's Trunk Nation (via Blabbermouth).

"I talked to the guys in the band about the solo thing and what I wanted to do, and they were all totally onboard with it. Everybody else has kind of got things going on, so they're all cool. Josh [Rand, guitar] is actually working on a solo thing of his own, which is great. So, yeah, I think Stone Sour is kind of on hiatus right now, which is fine.

"If someday we wanna get back together and do some stuff, it'll be bigger than it was. But for right now, we're all kind of focused on kind of doing our own thing. But you never say never in this business."

Indeed, last month Josh revealed that he was working on a new side-project, and had “12 songs musically done” for it. He also said he was holding auditions and looking at "different vocalists" to front it.

Corey, meanwhile, recently told Halestorm's Lzzy Hale that his debut solo album had been "secretly recorded", teasing: “We went in, and we recorded 25 songs in about two and a half weeks and we did everything live and it’s dope.”