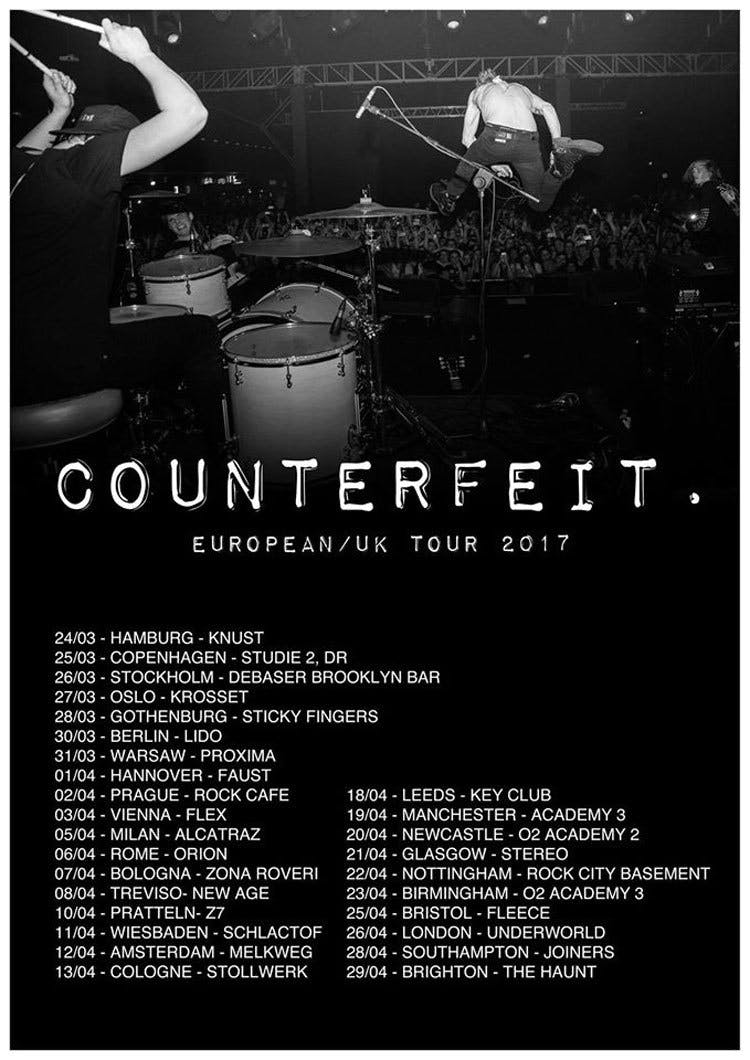 The rising Brit punks are ready to unleash hell..

Finally! Today (Jan 16), K! Fresh Blood stars Counterfeit have confirmed details of their debut album, Together We Are Stronger, which is due for release on March 17 via Xtra Mile. Speaking about their eagerly-awaited debut, frontman Jamie Campbell Bower says: “It is an honour to announce our debut album Together We Are Stronger. This album has been a long time coming and it is now time for us to unshackle the beast that we have, for so long, tried to contain.”

You can hear their brand new single For The Thrill Of It and check out the album artwork and tracklisting below, and don’t forget to leave us your comments!

Together We Are Stronger track listing:

Counterfeit tour the UK in April, you can check out the dates below and be sure to pick up your tickets here.

Watch COUNTERFEIT.’s Wholesome New Video For It Gets Better

COUNTERFEIT. have unveiled a new video for their latest single, It Gets Better.

Counterfeit: “We’ve Always Wanted To Be On The Reading & Leeds Bill”