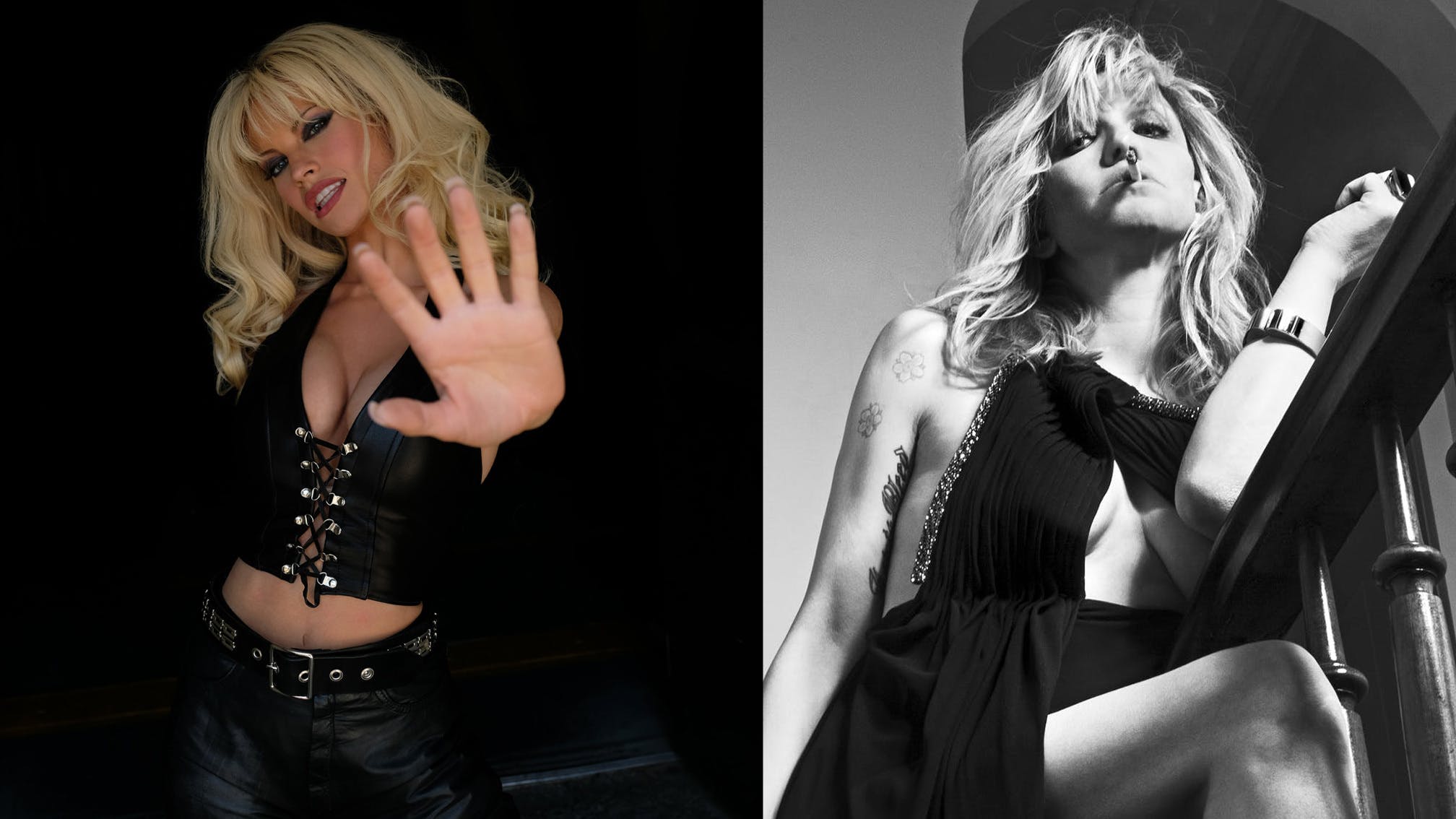 While the internet was very impressed last week with the first-look images of Marvel​’s Sebastian Stan and Downton Abbey star Lily James as Mötley Crüe's Tommy Lee and Pamela Anderson in upcoming series Pam & Tommy, Courtney Love has spoken out against the show and called it "fucking outrageous".

The Hole vocalist took to Facebook on Sunday to defend her friend Pamela, explaining how her leaked sex tape with Tommy – which the TV show will be about – "destroyed" the star's life at the time.

"I find this so fucking outrageous," Courtney wrote. "When Pam / Tommy sex tape was out / myself [Hole drummer Patty Schemel] and [Hole bassist Melissa Auf der Maur] were making a record. And the lone women in many recording studios in LA. Where all / ALL! The staff engineers / producers / owners were watching the sex tape with huge schadenfreude… Guffaws, It was disgusting. I banned anyone discussing it. It destroyed my friend Pamela's life. Utterly."

She added that she was approached to have one of her Rolling Stone covers used in Pam & Tommy – which she obviously turned down. "Last week I was asked to approve using a Rolling Stone cover of mine / shot by Mark Seliger in this piece of shit," continued Courtney. "That they had approved. I said, 'Fuck no.' Shocked. Gentleman don't approve this sort of thing.

"My heart goes out to Pammy. Further causing her complex trauma. And shame on Lily James whoever the fuck she is. #vile."

Read this: What the girl from the cover of Hole’s Live Through This looks like now