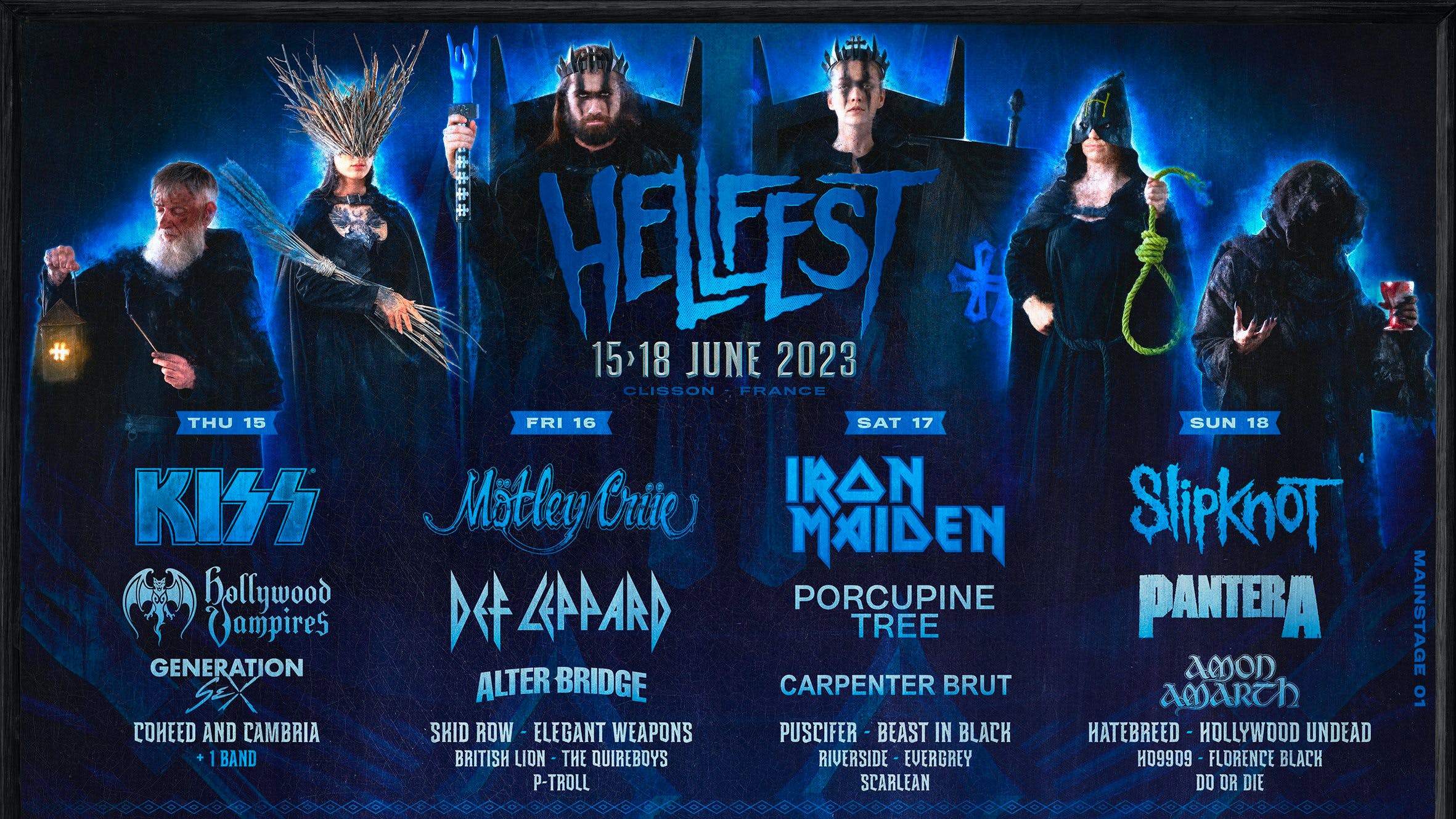 Hellfest have become known for booking huge line-ups and next year's is no exception.

Taking place in Clisson, France, from June 15 to 18, the four-day megafest will be headlined by KISS, Iron Maiden, Slipknot and Mötley Crüe. But that's just the tip of the iceberg, with over a hundred bands announced across six stages.

Appearing across the summer weekend will be Parkway Drive, Sum 41, Tenacious D, Rancid, Meshuggah, The Ghost Inside, Within Temptation, Architects and more.

Four-day tickets are already sold out, but day passes are scheduled to go on sale early 2023.