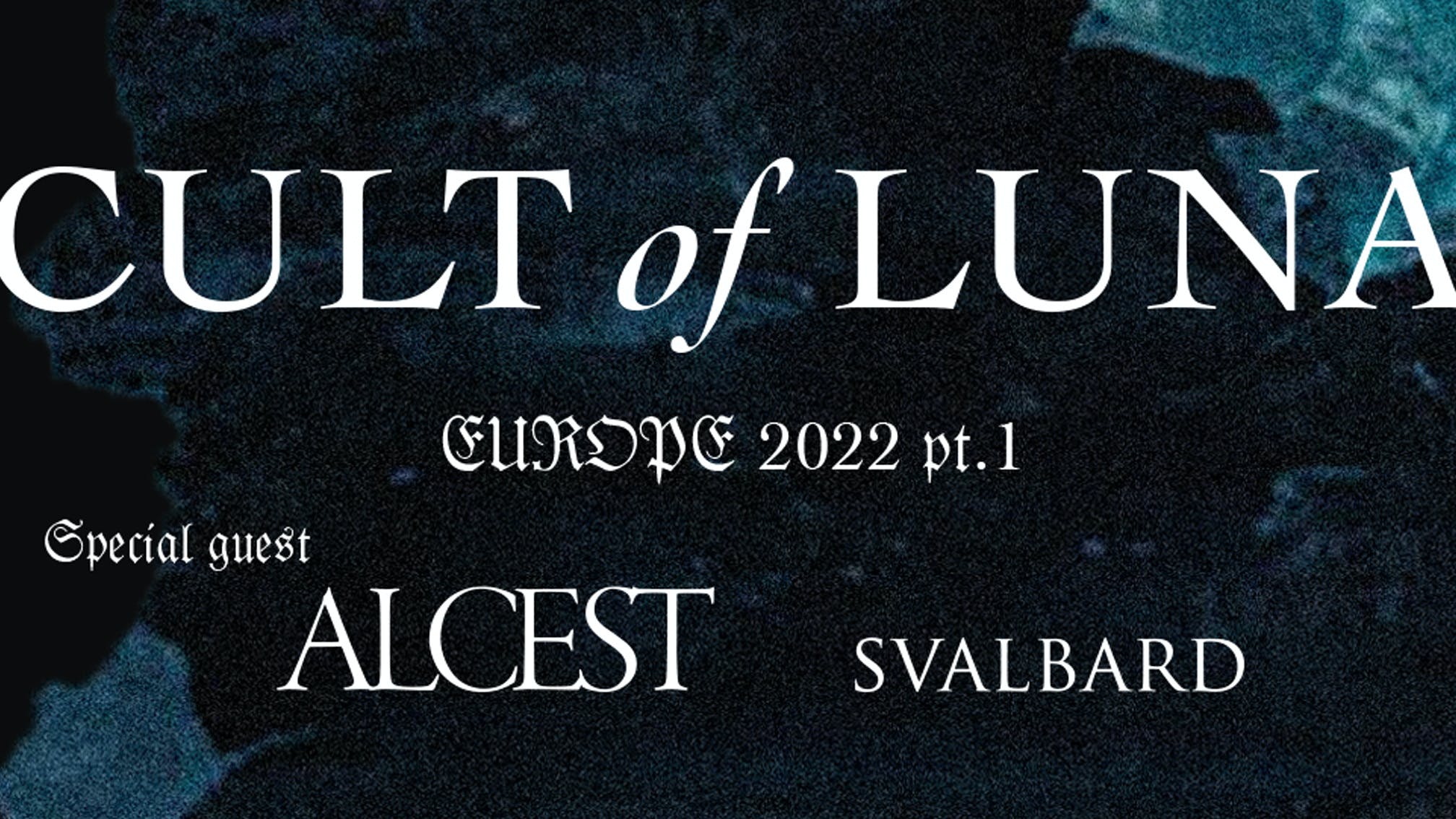 Umeå post-metal heroes Cult of Luna have announced details of a brilliant European tour featuring support from the mighty Alcest and Svalbard – plus a very special London event.

This trio of excellent heavy bands will be hitting the road together in February and March next year, taking in Copenhagen, Berlin, Krakow, Warsaw, Prague, Vienna, Ljubljana, Lausanne, Stuttgart, Munich, Wiesbaden, Munster, Utrecht, Kortrijk, Paris and finishing up in London.

"When we walked offstage in Mexico City in early spring of 2020 we had no idea that it would be our last show for almost two years," says guitarist / vocalist Johannes Persson. "We have since announced one tour and had to move it to the end of 2022. Now, we can finally announce a tour for early next year that will make up for all the lost time. In a way it feels like we need to re-conquer that stage and with Alcest and Svalbard it feels less of a burden. We’re more than grateful that we have such amazing, solid artists to help us retake it.

"As if just going on tour doesn’t feel unreal enough, it still hasn’t sunk in that we are playing the Olympia in Paris. If there’s any such thing as holy ground in music then this venue definitely qualifies into that category.

Read this: The 13 most essential sludge records

"But wait…" Johannes adds, "there’s even more: eight years after our first Beyond The Redshift festival in London, we're doing it again. The line-up is curated by us and we are determined to bring you a bunch of our favourite artists and bands you didn’t know you were a fan of. Bands are being booked as I write this and we’re going to announce the full line-up later this summer. It will be la grande finale of the tour and we hope to see you there."

Hell. Yes. In the meantime, tickets for the headline run go on sale from 9am this Thursday (June 24) via cultofluna.com. See the full dates below.

Catch Cult of Luna, Alcest and Svalbard at the following:

Read this: "It’s difficult for me to filter what I write about": Inside Svalbard’s "painfully honest" new album