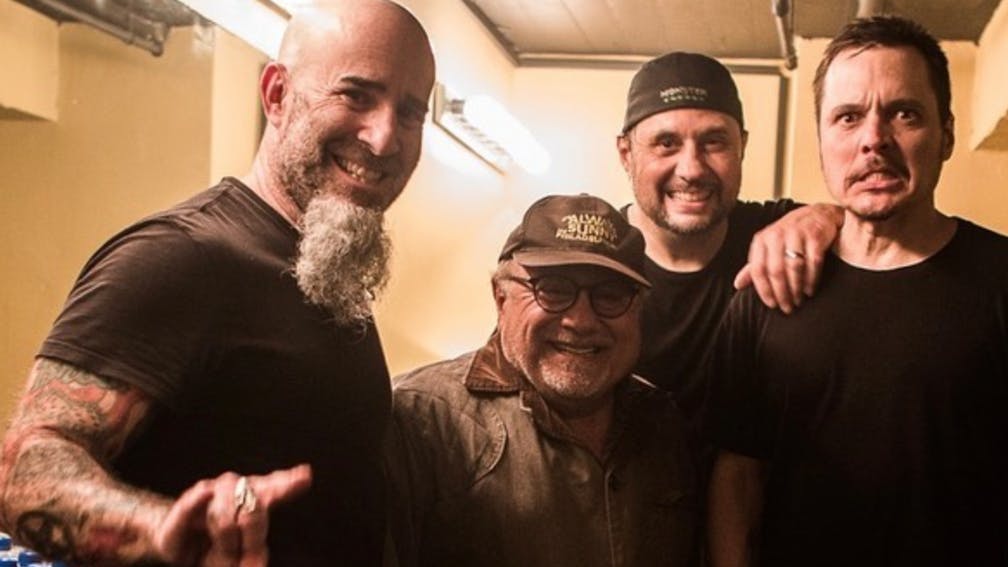 While plenty of rock and metal fans were stoked when Mike Patton-led alt-metal crew Mr. Bungle announced their first live performances in 20 years, one doubts that many of them assumed Danny DeVito was stoked about it as well. But lo and behold, the infamous actor is apparently a fan, having attended one of the band's recent Los Angeles shows -- and apparently giving frontman Mike Patton some acting tips.

Pictures of Danny and the band -- in this incarnation featuring Anthrax's Scott Ian and Suicidal Tendencies' Dave Lombardo -- were posted to the members' Instagram accounts. Lombardo wrote, "It was so great to see Danny Devito last night. One of the nicest guys I’ve ever met. Watching him give our vocalist Mike Patton acting tips was a treat all on its own. A true artist with an appreciation for many styles of music."

READ THIS: I love you, Mike Patton

Scott Ian wrote, "What an absolute legend of a man. Swipe to see Danny giving Mike an acting lesson for the intro of our show."

Mr. Bungle recently wrapped up a US tour on which they played their early demo The Raging Wrath Of The Easter Bunny in full.

Speaking about the demo, Patton recalled, “I remember writing riffs for this cassette in my parent’s garage, with no heat, so I recorded in a sleeping bag for analog warmth, playing a one-stringed acoustic guitar that was piped into a ghetto blaster. Thank god I had Trevor [Dunn, bass] and Trey [Spruance, guitarist] to help decipher my rotten riffs into something intelligible!”

“Ever since Trevor hatched The Raging Wrath Of The Easter Bunny v.2 idea a few years back, Patton, Lombardo, he and I had each been incubating some idea of that egg,” added Trey Spruance. “Lombardo called me one day and asked me to make some guitar demos so he could learn the songs. He had this generous idea to surprise the other guys with being totally ready to go with the tunes. It just so happened that I was in Eureka at the time."