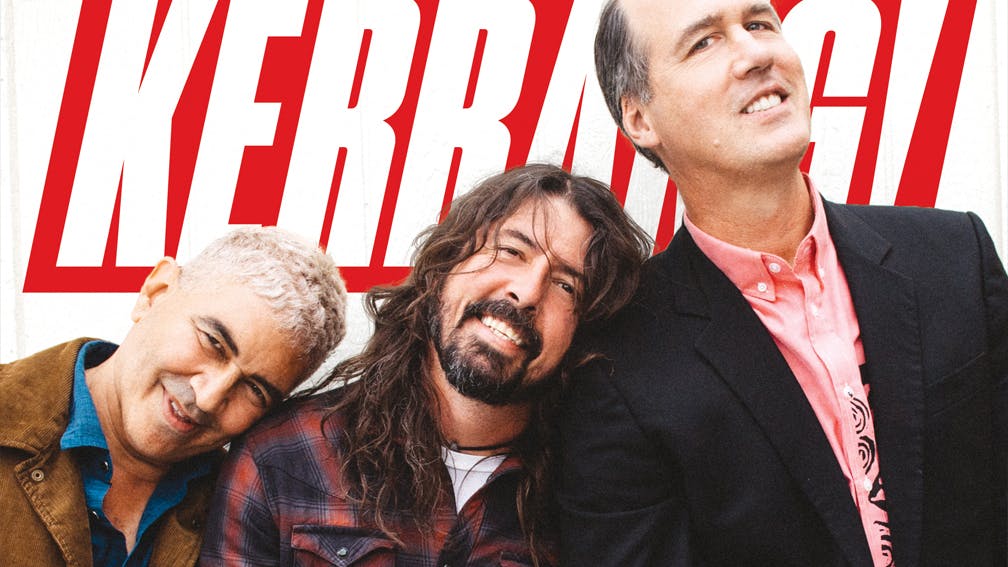 Following the surviving members of Nirvana’s reunion at Cal Jam in San Bernardino last week, Dave Grohl and Krist Novoselic have spoken to Kerrang! in a world exclusive.

In our 10-page cover story, the Foo Fighters frontman reveals that running through the songs for the first time since Nirvana’s induction into the Rock & Roll Hall Of Fame in 2014 brought back bittersweet memories for himself, Krist and guitarist Pat Smear.

“When Pat, Krist and I sat down to go through those songs in a small rehearsal room with concrete walls, it fuckin’ sounded like Nirvana," says the frontman. "It was like being shot into outer space. Being able to play that drum fill and break into the chorus… it's spiritual, physical, emotional.

“We would look at each other and smile, but the emotions would kind of go in waves, because there was someone missing – and you wish that you could still share those songs with Kurt,” he continues.

Krist Novoselic adds that the experience of revisiting the Seattle trio’s back-catalogue at the San Bernardino bash will last long in the memory.

“It was odd, but it felt like a real treat,” says the bassist. “I caught myself beaming away during …Teen Spirit. I couldn’t quite believe I was playing it again, and I will cherish that moment for a long time because it was pretty special.”

You can read the full story in the new issue of Kerrang! – which you can get anywhere in the world when you order online through Newsstand. But for UK residents, it hits the shops on Wednesday, October 17 from all good newsagents.