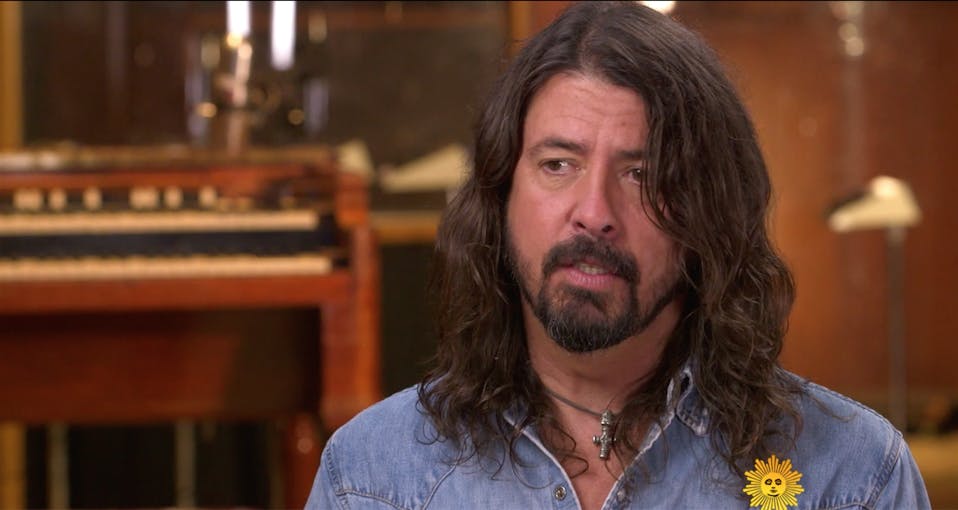 In an interview on CBS show Sunday Morning, Foo Fighters frontman Dave Grohl has revealed why he never wrote music or sang in Nirvana, and only started writing his own material after Kurt Cobain's death in 1994.

Turns out the musical legend wasn't as confident then as he is now.

"I didn't like my voice, I didn't think I was a songwriter, and I was in a band with one of the greatest songwriters of our generation. I didn't really want to rock the boat," Dave told interviewer Anthony Mason.

"That's the famous joke," he added. "What's the last thing the drummer said before he got kicked out of the band? 'Hey guys, I've got some songs I think we should play.' So I just kind of kept it to myself."

Even when Dave went on to write songs for what was to become the first Foos record (their 1995 self-titled), he didn't think anything would come of it.

"I didn't think it was a record," he admitted. "I just wanted to get up and go out and play something, even if nobody ever heard it. Long before then, I had been recording songs of my own, and never letting anybody hear them, because I didn't really think they were that good."

Check out some clips of the interview below.

And now listen to some of those lovely Foos tunes Dave thought weren't gonna cut it...