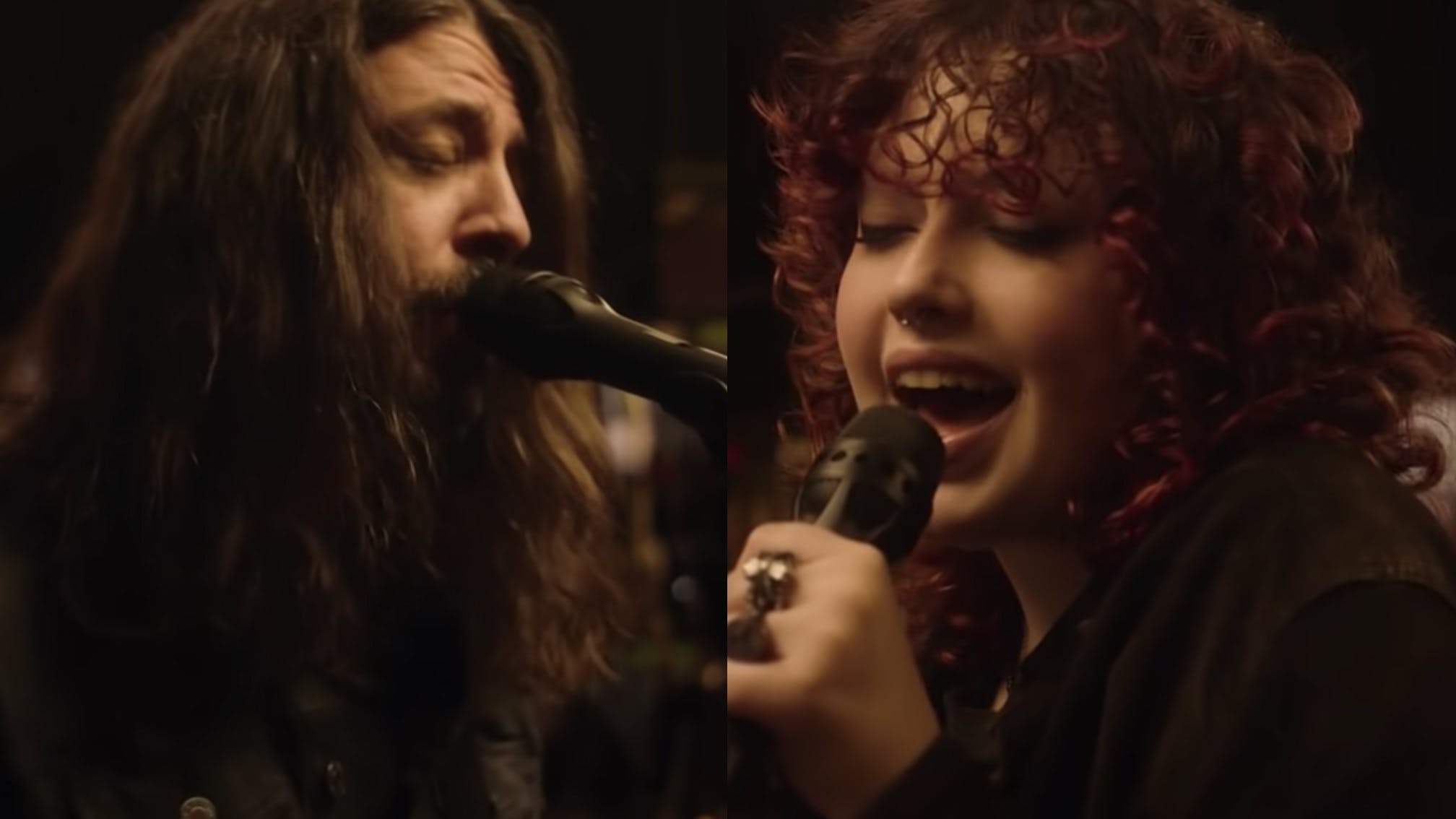 And, finally, because he’s Dave Grohl, he brought an even more important guest with him: his daughter Violet…

Read this: 20 things you probably didn’t know about Dave Grohl

The song comes from the soundtrack to the new Dave-directed movie What Drives Us, released on Friday. “I do not do well on vacation,” he said, when the host pointed out that he’s never not doing anything, even when there’s nothing to do because of COVID.

“It’s the first time she and I have recorded together, just the two of us,” the Foos frontman continued. “I’m so proud of it because I love her very much, and she’s an amazing singer.” When asked if he hoped his daughter would “load up a van with her friends” and head off on tour, he replied, “I hope that she does.”

For the movie, Dave interviewed legends including Lars Ulrich, U2 guitarist The Edge, Beatles drummer Ringo Starr and Aerosmith singer Steven Tyler among others, to understand what makes them keep going. On Steven Tyler, Dave joked, "I interviewed him for about two hours 20 minutes. Those 10 minutes of stuff I could actually understand? Solid gold.”

Read this: Queens Of The Stone Age: Every album ranked from worst to best