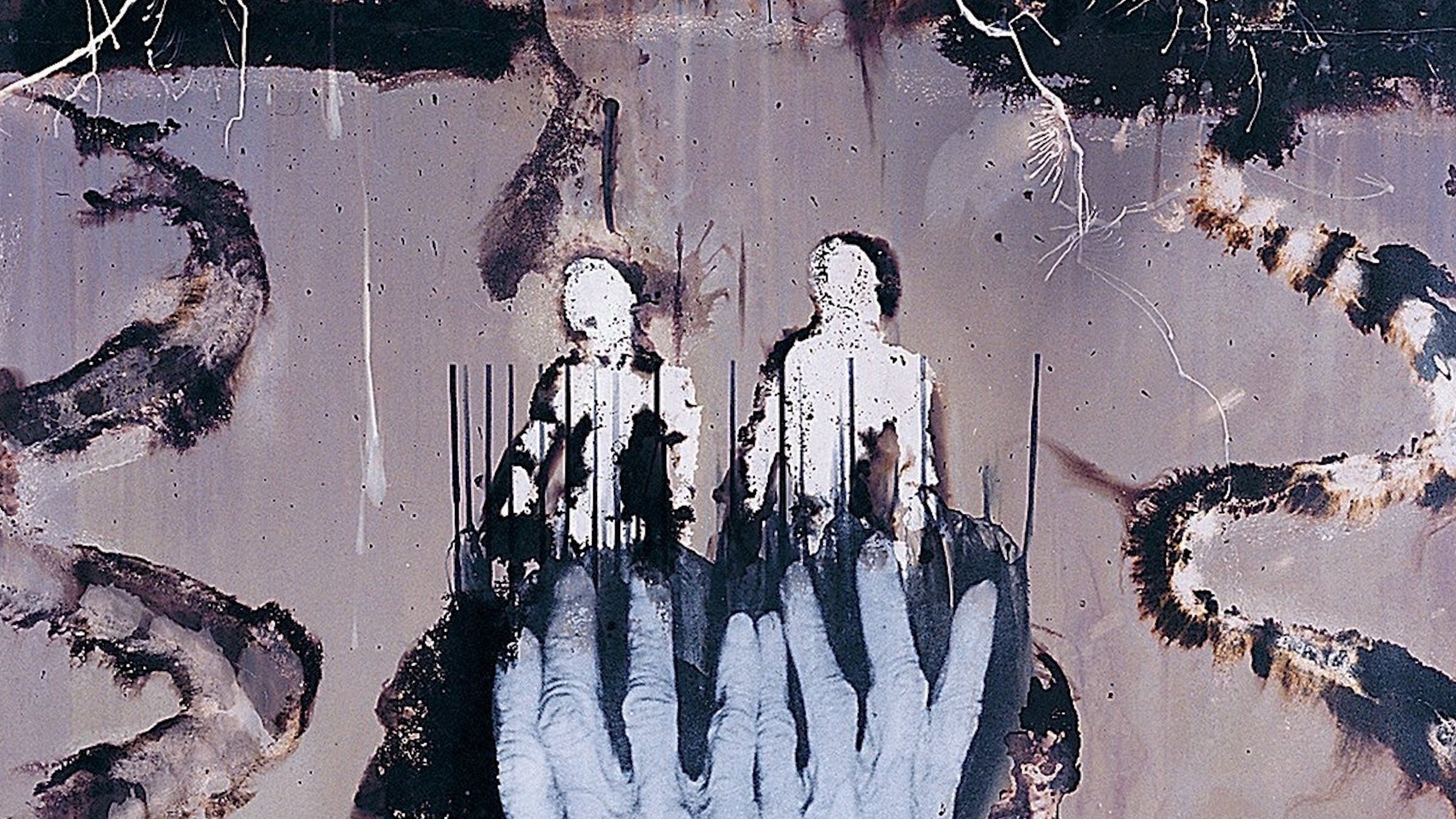 Of the many elaborate and gore-soaked covers of death metal's early, genre-defining albums, Florida's Death had some of the most interesting. While early art featured the epic work of thrash cover artists extraordinaire Ed Repka, the covers for the bands three groundbreaking, more progressive albums Human, Individual Thought Patterns, and Symbolic featured abstract, psychological paintings by the artist René Miville. Now, it seems that René's art has appreciated over time, as the cover artwork for Symbolic recently sold on eBay for a whopping $10,100.

The purchase of the cover art -- a painting measuring 55" by 65", signed by Miville -- ended on January 1, 2020, via an eBay auction. As the original listing points out, there is some wear and tear at the top of the painting from where Death frontman Chuck Schuldiner had it tacked to his wall -- seemingly proof that though the painting is gorgeous, Chuck never expected his band to become the musical institution that it has since become.

Here's the painting, as it was advertised on eBay:

READ THIS: Life after death - The romantic legacy of Chuck Schuldiner

There also appears to have been some cover correction while the record was being produced, as the original painting is very gray, while the final cover is more of a purplish color:

“Going back a ways from an instrumental type outlook on certain things,” said Brent. “Not that we use a lot of it, but the band Death. A lot to do with the fact that the bass player used a fretless bass. And I remember thinking why does Death sound completely different than all these other death metal bands? And you find out like a musicianship and what all went into that stuff. Some people think that it’s just noise and it’s the furthest thing from noise. That’s a totally different level.”