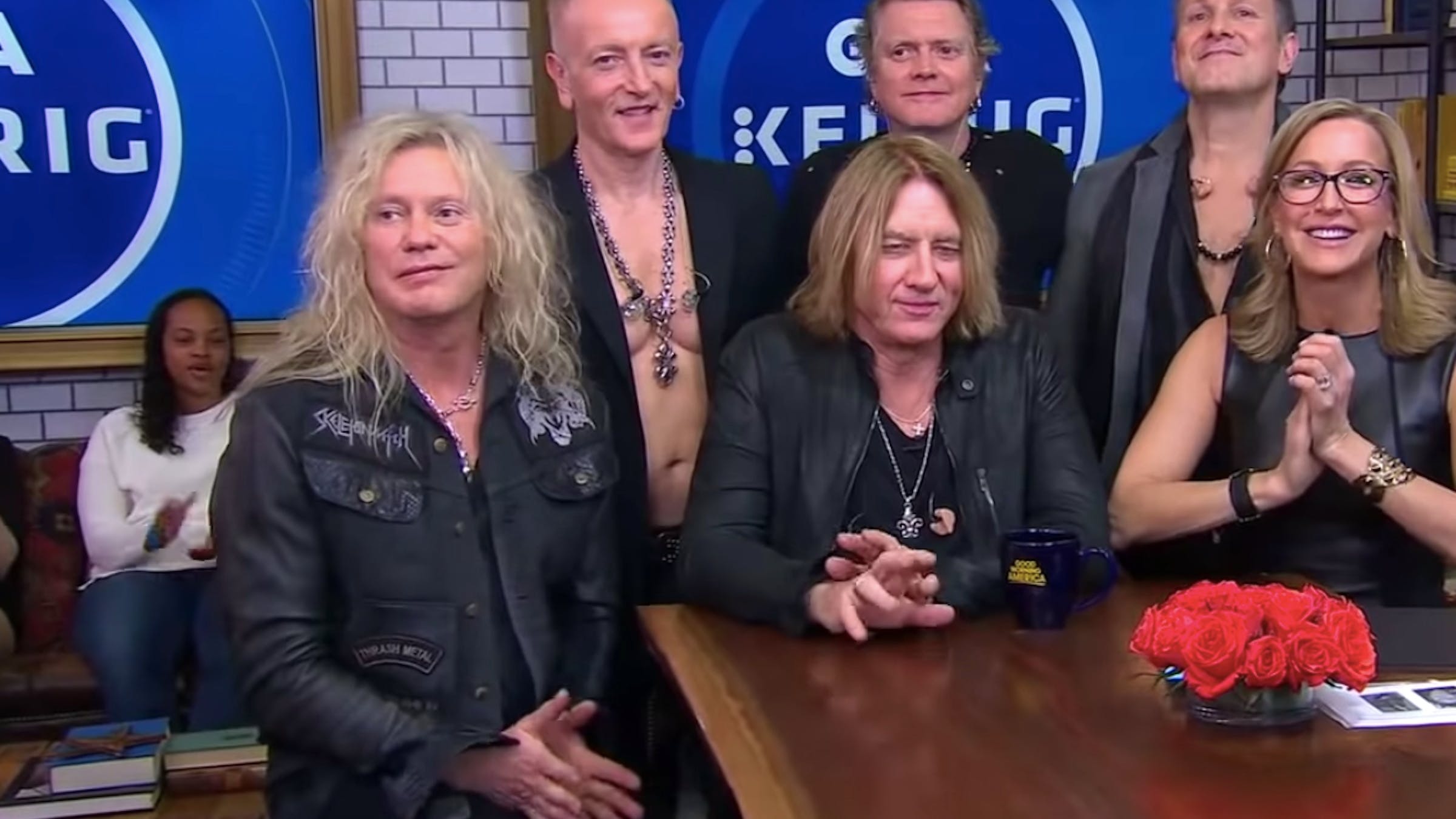 You might think that Def Leppard, a massive jet-setting arena rock band about to be inducted into the Rock & Roll Hall Of Fame, might not be huge blackened thrash fans. But that's apparently not the case, as evidenced when bassist Rick Savage went on Good Morning America wearing a patch for Ohio speed demons Skeletonwitch.

As you can see in the video below, when the Lep took a moment to sit down with Good Morning America, Rick went full metal, rocking a goat's head patch over one chest pocket and a Skeletonwitch patch on the other:

Of course, the band took notice of Rick's fandom, posting to their Instagram with the caption, "Shout out to Rick Savage of @defleppard for repping The Witch on @goodmorningamerica 🤘🏻"

Def Leppard went on to perform Pour Some Sugar On Me, which, though a cool track, is less exciting than the fact that they might blast Skeletonwitch in their tour bus.

Discussing the band's beginnings in rural Ohio, Skeletonwitch guitarist Scott Hedrick said, “It’s just small town after small town that has a tiny little downtown with a VFW in it, and it looks kind of sad. All of us [Ohioans] have a ridiculous midwestern work ethic. With that work ethic and niceness, there’s a bit of a grit. Especially the Clevelanders. There’s cold hard winters, and it’s an industrial city.”

“I like Ohio in a fucked-up way,” he continues. “I never want to live there again, but Ohio exports some really wonderful people…as much as everyone complains about it.”

Last year, Skeletonwitch released Devouring Radiant Light, their first album in five years. The album was hailed as a return to form and one of the band's best releases to date.

Def Leppard will be inducted into the Rock & Roll Hall Of Fame this Friday, March 29th, at the Barclays Center in Brooklyn, New York. You can also catch them on tour at the locations below.

All dates include Soft Kill & Wiegedood

with Portrayal of Guilt *