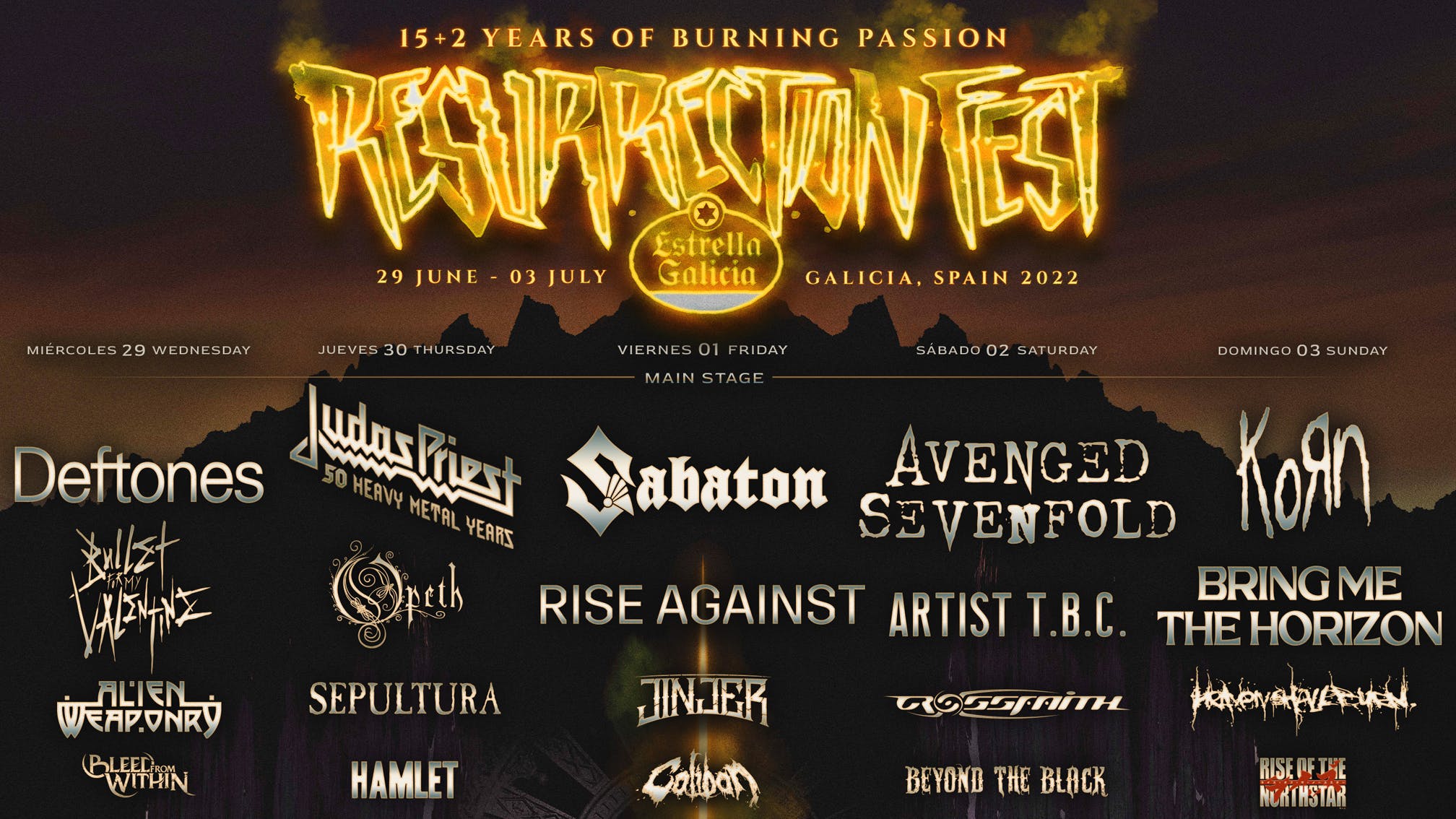 The line-up has been announced for Spain's five-day Resurrection Fest next summer – and it rules.

The Galicia event will be headlined by Deftones, Judas Priest, Sabaton, Avenged Sevenfold and Korn from June 29 – July 3, with a sub-headlining cast of Bullet For My Valentine, Opeth, Rise Against and Bring Me The Horizon (plus another artist TBC).

Elsewhere on the bill are the likes of Alien Weaponry, Sepultura, Jinjer, Spiritbox and Bleed From Within, with Resurrection confirming that the fest is A7X, Korn, BMTH, Rise Against and Bullet's only shows / festivals in Spain that year.

Of course, it was recently confirmed by frontman M. Shadows that Avenged Sevenfold will have fresh material out in time for the band's live return – so if you're planning on heading to Resurrection Fest, get ready for a brand-new album?!

"The reason we don’t say much about the music is because we find that every single word we say about it just gets spun off, and there’s no way to describe music; it’s like, ​‘Oh, it’s heavy, it’s fast…’ What are we gonna say about it?" Matt explained earlier this week. "It’s a work of art that we’ve worked on for a long time, we had a bunch of personal things that we’ll explain later… but we’re booking shows for next summer, and the record will be out before then."

Read this: 7 things we want from the new Avenged Sevenfold album