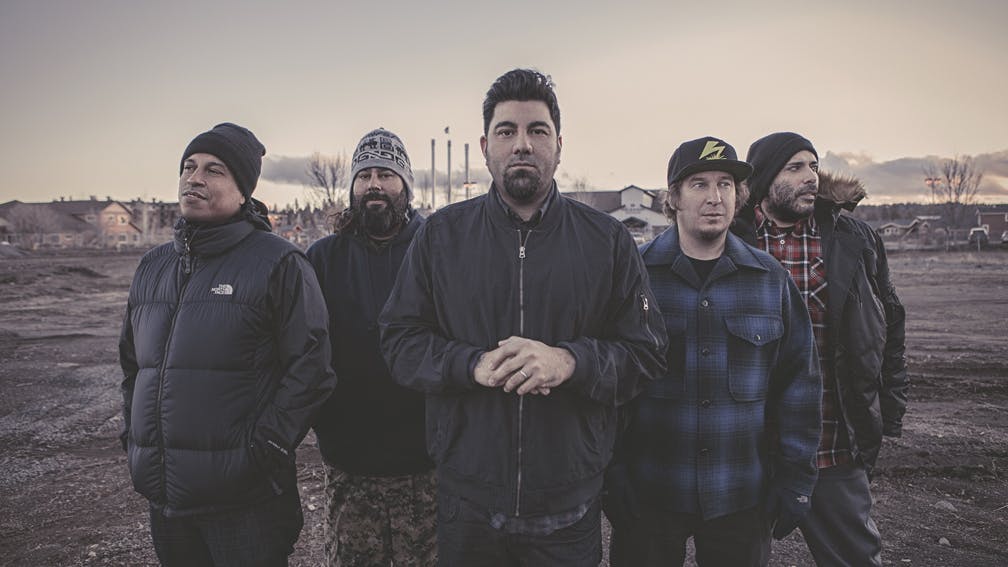 Ever since Deftones recruited synth-pop trio CHVRCHES for their Dia De Los Deftones festival earlier in the year and sent the Internet into a frenzy (including Hatebreed's own Jamey Jasta), it feels like there's been more of a point to prove than ever before about the connecting power of music. It's why, in this week's issue of Kerrang!, we brought together the vocalists of both bands – Chino Moreno and Lauren Mayberry – to reveal just how much these artists have in common, regardless of the style of music they play.

Across the pair's epic and insightful conversation, talk turns to how both Chino and Lauren never want to feel boxed in by genre – and how, actually, neither band has ever really felt like they've fit in a particular scene.

“That was what excited me when I found your music," Lauren tells Chino. "It had these two strains in it. It could appeal to people in that vein, but also to people outside of it, with different sensibilities. I learned to care about genre when I was a teenager. People would say, ‘You can’t listen to that.’ And you’d think, ‘I didn’t know! No-one told me!’ I’m glad I found my way out of that, because I feel a sense of identity and community is important at that age, but it’s a sad way to live.”

“Yeah, you box yourself in," agrees Chino. "You shouldn’t have to commit, especially at that age when there’s so much stuff to explore. If you just follow one thing for too long you’re not letting yourself experience it. In every genre there’s good and bad. In any genre these days I could find something interesting – even in country music.”

Read this next: 14 iconic guest vocals in rock and metal

As Lauren then explains feeling "confused" about where CHVRCHES live on festival bills and the like, Chino admits that Deftones experienced the same thing as they were breaking out – but that it has in fact worked to their advantage in the long run.

“We dealt with the same thing, especially when we were coming up," the frontman nods. "We never fit into the metal world. We could play shows with them, but we were never… whatever. I always thought it was kinda cool that we could dip and go into anything and make it work. That’s added to our longevity as a band too, because we were never so one thing.”

Chino and Lauren's meeting of minds (plus much, much more) is available in the new issue of Kerrang!, which you can get anywhere in the world through Kerrang.Newsstand.co.uk. But for UK residents, it hits the shops on Wednesday, November 27 from all good newsagents.

Deftones will perform at next year's Download Festival alongside Iron Maiden, KISS, System Of A Down, Korn and loads more amazing bands. Get your tickets now.