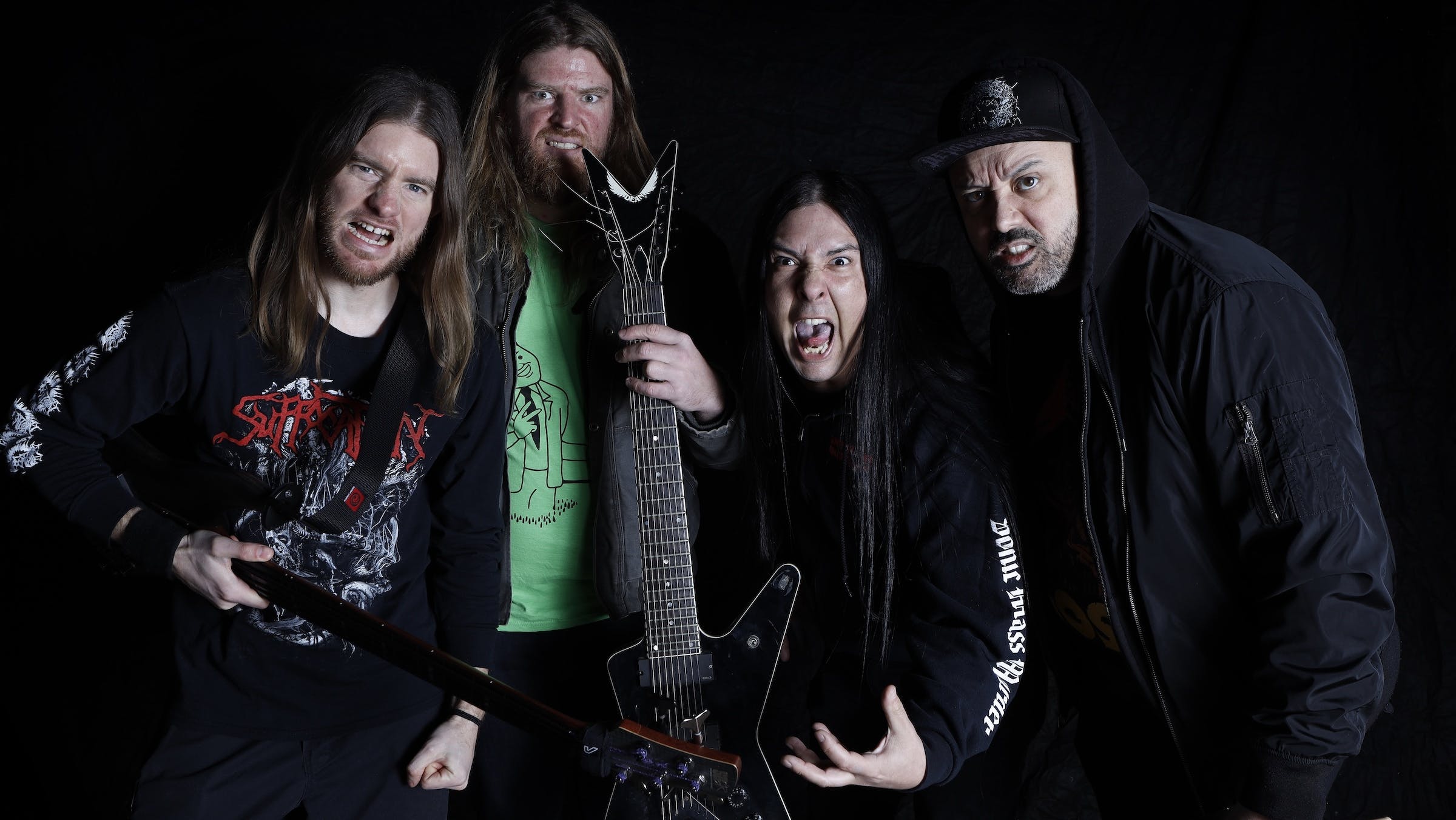 Say what you want about Devourment -- those dudes know what they're about. The Dallas, Texas-based brutal death metal quartet, famous for pioneering the slam subgenre alongside acts like Dying Fetus and Awaking The Cadaver, have never backed away from the chance to revel in horror, gore, and all things offensive. Their songs would be dark, brooding, and unfathomably nasty even if they didn't have titles like Conceived In Sewage, Choking On Bile, and Fuck Her Head Off; that they do only speaks to how far this band will go to please fans of the most disgusting shit on the planet. While other artists spend their whole careers trying to find themselves, Devourment already have -- in the body-filled cesspool beneath a serial killer's love shack.

So it should come as no surprise to anyone that the band's new video for A Virulent Strain Of Retaliation, the opening track from their upcoming new record Obscene Majesty, is solidly NSFW. This video has it all -- blood! Human agony! Screwdriver mutilation! A snake slithering its way over a naked human body! What might raise some eyebrows, though, is that the video takes a sort of thoughtful approach to the horror depicted therein, from the band's opening quote from Confucius (yeah -- Devourment, quoting Confucius) to the strange and ominous ending. It's good to know that the band are broadening their horizons while still steeping their work in sadistic carnage.

In regards to the vision, the band provides an equally reflective description:

"This is a vision inside a mind utterly consumed with bloody revenge. Where the only possible outcome is annihilation of the enemy and the terrible cost that demands.

‘I will have such revenges…I will do such things…what they are, yet I know not: but they shall be the terrors of the earth.’ - William Shakespeare, King Lear.”

Behold our exclusive stream of Devourment's A Virulent Strain Of Retaliation below:

10 albums that marked the end of an era in rock

Here are 10 records that, for good or for bad, signalled the death of a trend within rock and metal…