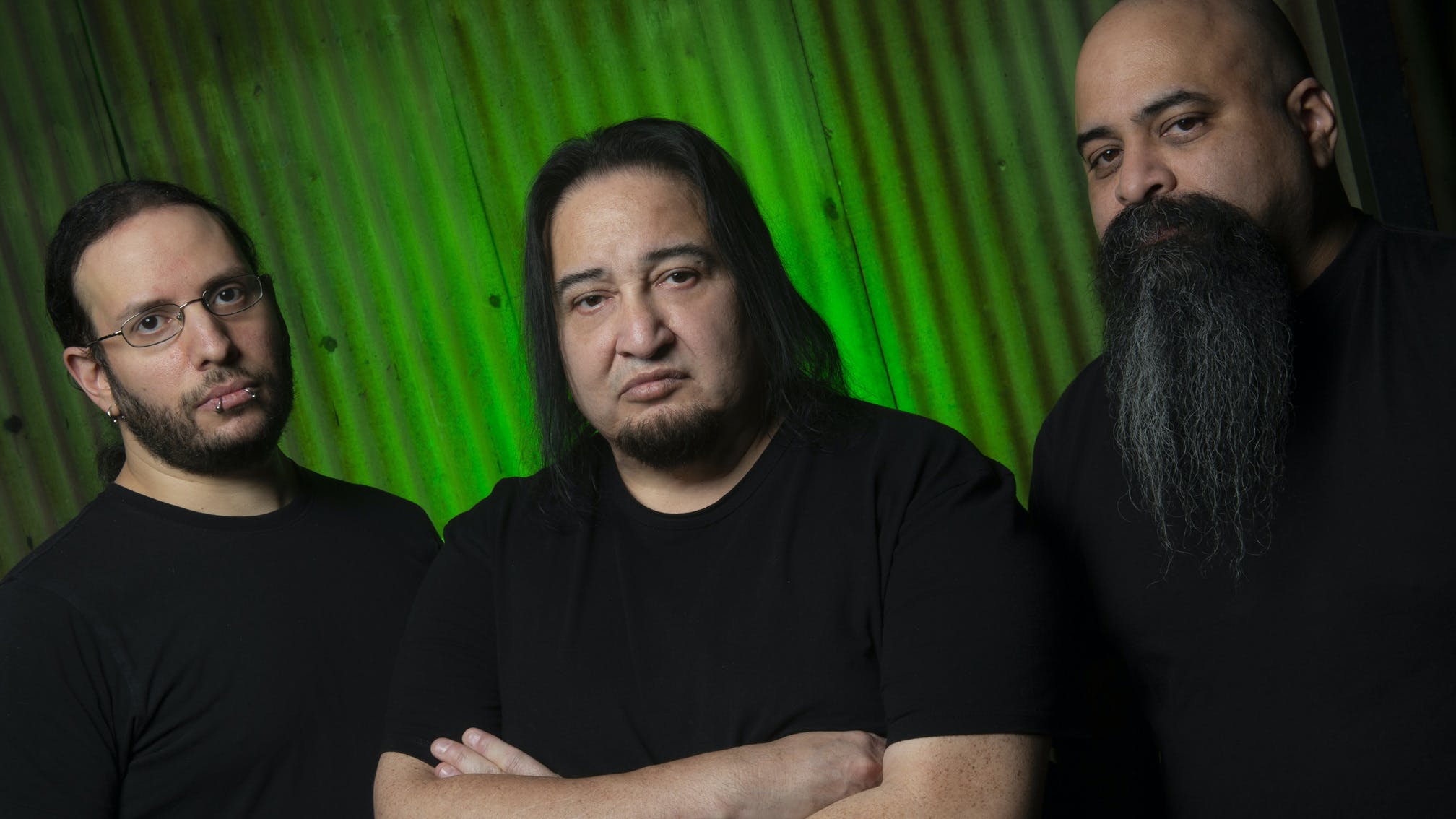 Following the departure of vocalist Burton C. Bell last September, Fear Factory have found a replacement singer. Guitarist Dino Cazares confirmed that he’d filled the vacant slot in an interview with Bucketlist.tv, where he wouldn’t name names just yet, but revealed it was someone “kind of known” in the metal community, and that he was working on new material the new bod could put their stamp on before they were revealed.

"For those of you who don't know, our singer quit after 30 years, so I've been looking for a new singer,” he said. “And I'm first here to tell you that I have definitely nailed it down to one person. I'm not gonna reveal who that is yet – not yet. Once I'm done [touring as stand-in guitarist for Soulfly, whose guitarist Mark Rizzo recently quit], I'm gonna go back to LA, back to the studio, and I'll be writing some new Fear Factory songs with the new singer, because I'd like to introduce him with a new song."

Burton quit Fear Factory last autumn, after three decades fronting the LA cyber metallers, with a view to focusing on his band, Ascension Of The Watchers. Though appearing on FF's recent Aggression Continuum album, he told Kerrang! that the record had actually been completed for some time, and that his decision was based on a breakdown of relationships within the band, and lawsuits between himself and Dino leaving him drained and fed up.

“It’s been on my mind for a while,” he told us. “These lawsuits just drained me. The egos. The greed. Not just from band members, but from the attorneys involved. I just lost my love for it. I’ve been working on [solo band] Ascension Of The Watchers for the last two years. Working with people who I can trust and who I love, and with whom I have grown to find a niche musically definitely pushed me towards it. There are a lot of surprises. I’ve had a lot of surprises for the last four years. With Fear Factory, it’s just constantly been like ​‘What?!’ You can only take so much. I felt like 30 years was a good run. Those albums I’ve done with Fear Factory will always be out there. I’ll always be part of that. I just felt like it was time to move forward."

​“I’m proud of my legacy,” he added when asked about how he looked back at his time in Fear Factory. “We achieved great things. We made incredible music and left an indelible mark on the music industry and on fans around the globe. We’ve had peaks on top of mountains with our highs and we’ve plumbed the deepest trenches with our lows. There just comes a point where you have to move forward to do more great things with a different band.”