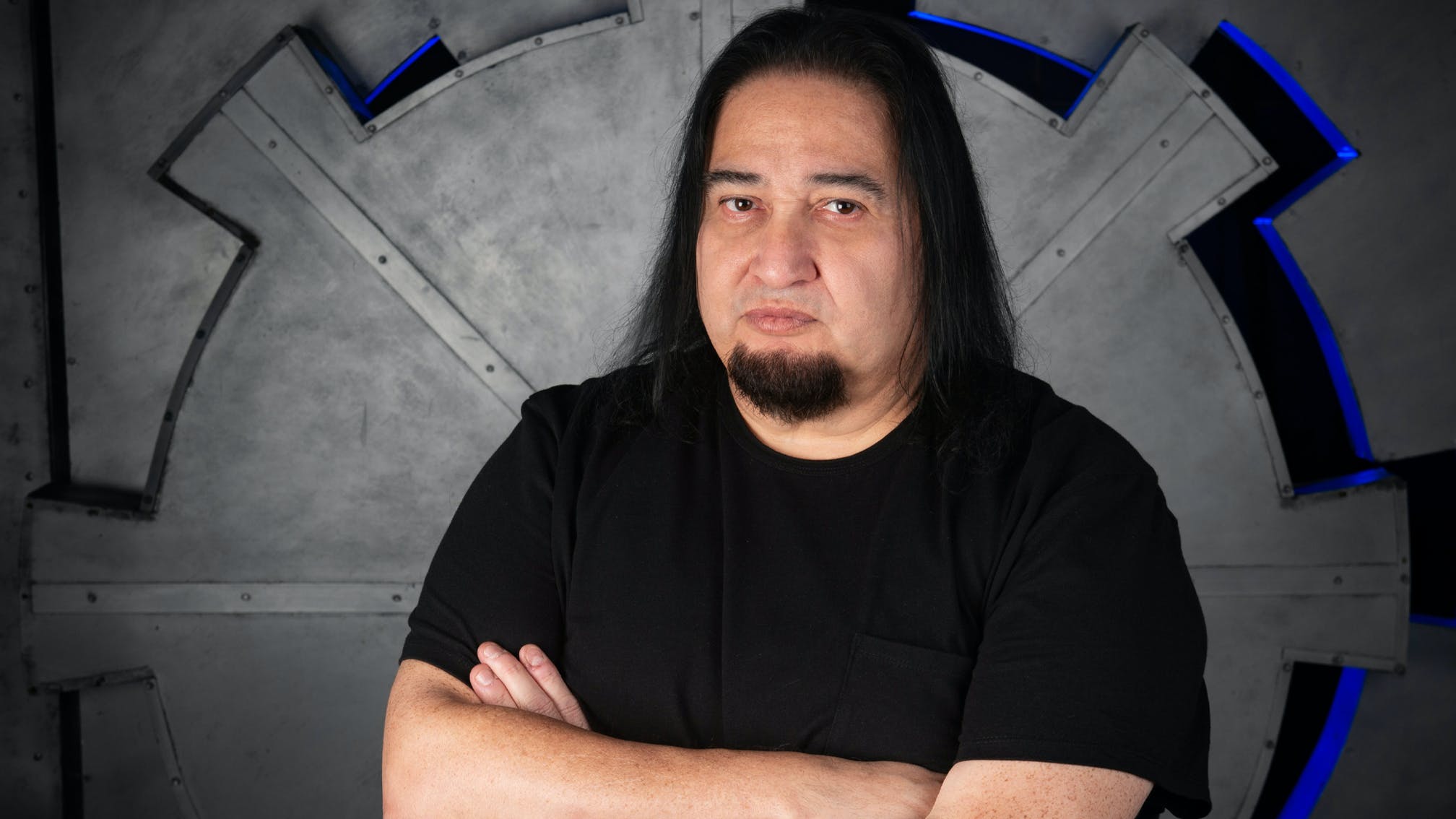 The guitarist argues that Kourtney's outfit choice is "great exposure" for the band and genre as a whole, opening up many debates with metal fans in his replies about whether this really is a good thing or not.

Addressing Chris Barnes' comments that Kourtney and her boyfriend Travis Barker are 'posers', Dino writes: "He has it all wrong, why wouldn’t u want exposure for your music even tho he’s not in the band anymore. I wish she was wearing one of my bands tees, great exposure."

The musician later makes the point that "a t-shirt is a fucking t-shirt" and that "why can’t she have the same choice to wear whatever she fucking likes?".

He also considers that maybe Kourtney is actually aware of the band: "How do we truly know she’s not a fan? Or Maybe she’s heard of death metal by now? The whole family has been wearing DM shirts for years now. Yes they have a stylist but that doesn’t mean they just can’t have it hanging in there closet and just throw it on. Surly Travis is aware."

He adds that, if not Kourtney, perhaps her stylist could know who Cannibal Corpse are. "Females wear clothes if it’s fashionable, comfortable or looks great on them," Dino says. "The Kardashians have been wearing more death metal T-shirts than I have ever worn. Someone must be a fan maybe the stylist is a fan either way that’s great exposure for the genre."