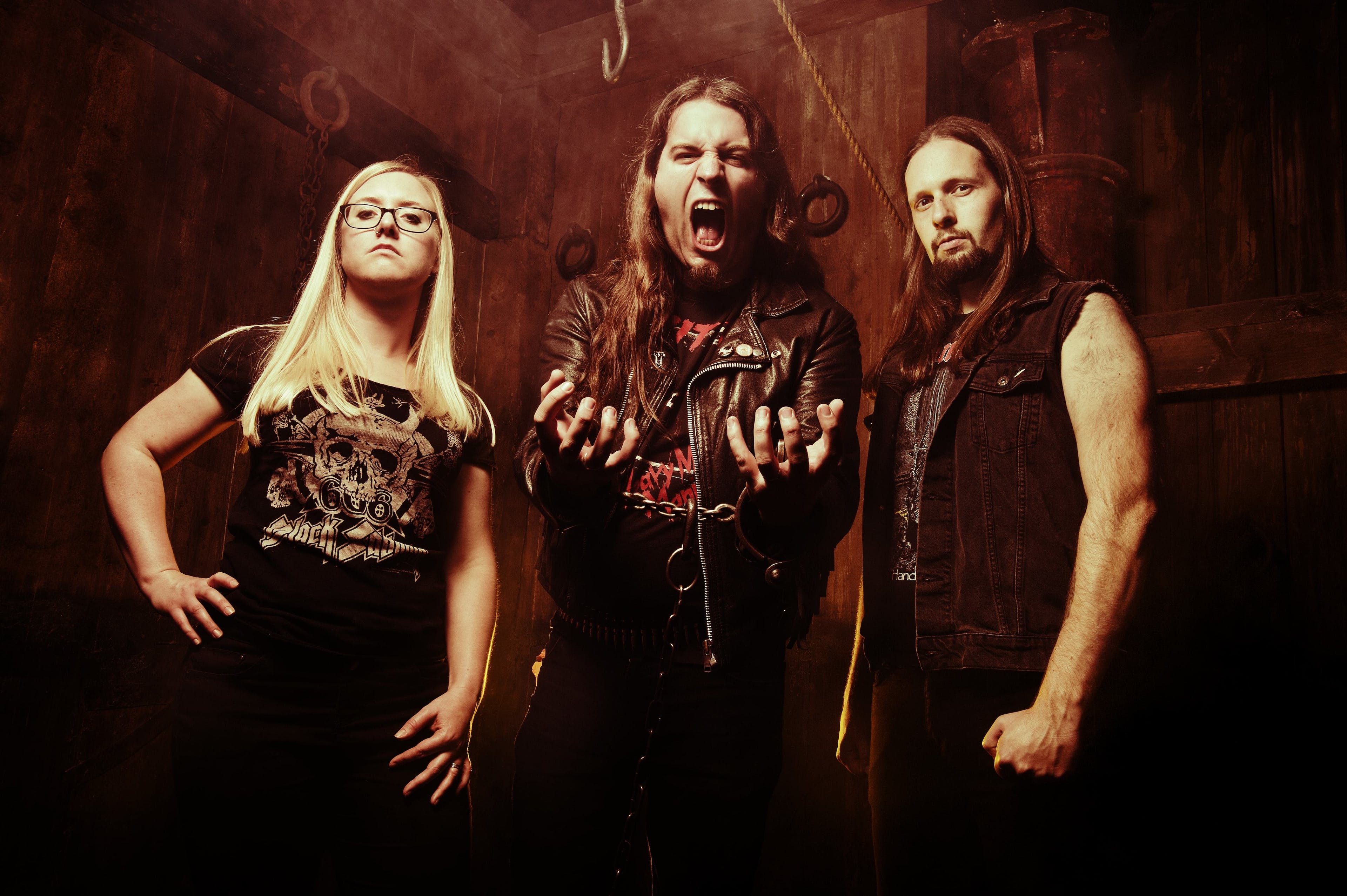 Hampshire doom metal maniacs Witchsorrow are due to release their fourth studio album, Hexenhammer, on May 25th via Candlelight Records.

Written during a hermetic period following an intense run of live shows, and recorded at Skyhammer studio in Cheshire with long-time co-conspirator Chris Fielding (Conan, Primordial, Electric Wizard), and mastered at the legendary Orgone studios by Jaime ‘Gomez’ Arellano (Ghost, Paradise Lost), the seven featured songs find Witchsorrow continuing to explore the darker corners of doom, illuminating them with the blinding light of sheer heavy metal forged of the strongest steel. It’s an almost anthemic soundtrack to the end of the world…

“I’ve always been obsessed with the end of the world,” explains vocalist/guitarist Necroskull. “On previous albums I’ve been wanting it to happen, because I was caught in a very dark place. On ‘No Light, Only Fire’ I was almost angry that it hadn’t happened. Now, it’s a massively confusing time where we’re basically staring at it and waiting for it. I have no solutions. There are none to be had.”

If 2018 needs a soundtrack to its madness, Witchsorrow have provided it. Heavier, darker, doomier, and more metal than ever before, with a title relating to ‘Malleus Maleficarum’ (‘The Hammer of Witches’), a famous 15th Century treatise, perfectly captured in the artwork by legendary Italian metal artist Paolo Girardi (Diocletian, Inquisition, Bell Witch), one of doom’s leading lights have made the perfect album for our times.

To whet your appetite, the band have shared a track from the album, Demons Of The Mind, on Spotify. Behold:

Witness Witchsorrow hymns old and new at Everything Went Heavier, a one-off benefit show due to be held at Rough Trade Nottingham on March 10th. Witchsorrow will appear alongside Iron Witch, Charger and many others to raise money for a noble cause, more information can be found here.

The 13 Best Bands With 'Witch' In Their Name

This Walpurgisnacht, check out the 13 best bands with 'witch' in their names.

Amplified has announced the first wave of bands for next year's festival.

Watch An Awesome Live Set From Witchsorrow In The K! Pit

The Hampshire doom heroes will be going out in support of their new album!

Prepare yourselves for doom over Britain!