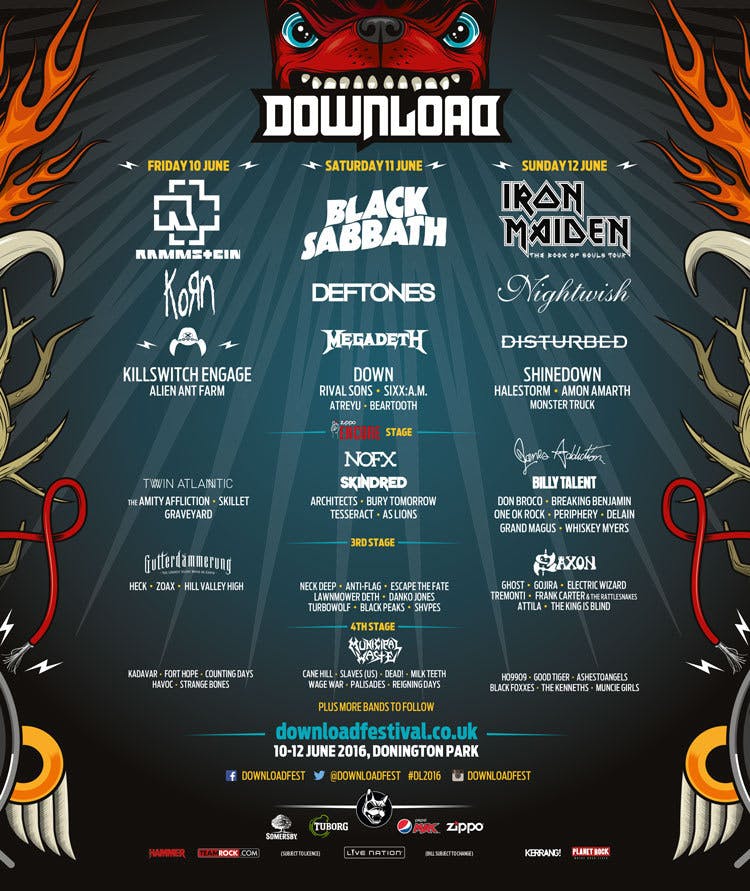 As festival season creeps closer and closer, Download Festival has gone ahead and announced another 36 bands to it’s already killer line-up.

The latest additions join a line-up already bolstering the likes of; Korn, Deftones, Nightwish, Disturbed, Architects and Megadeth. Anyone else wishing it was June already? Yep, thought so.

In honour of the late, great Lemmy Kilmister, the main stage will be called The Lemmy Stage this year with a planned tribute set to take place in what would’ve been Motörhead’s slot. More information on this will soon come to light over the coming months.

Download Festival 2016 takes place at Donington Park from June 10 – 12 – pick up your tickets now from the this link. Don’t miss out!

Check out the latest line-up poster below: