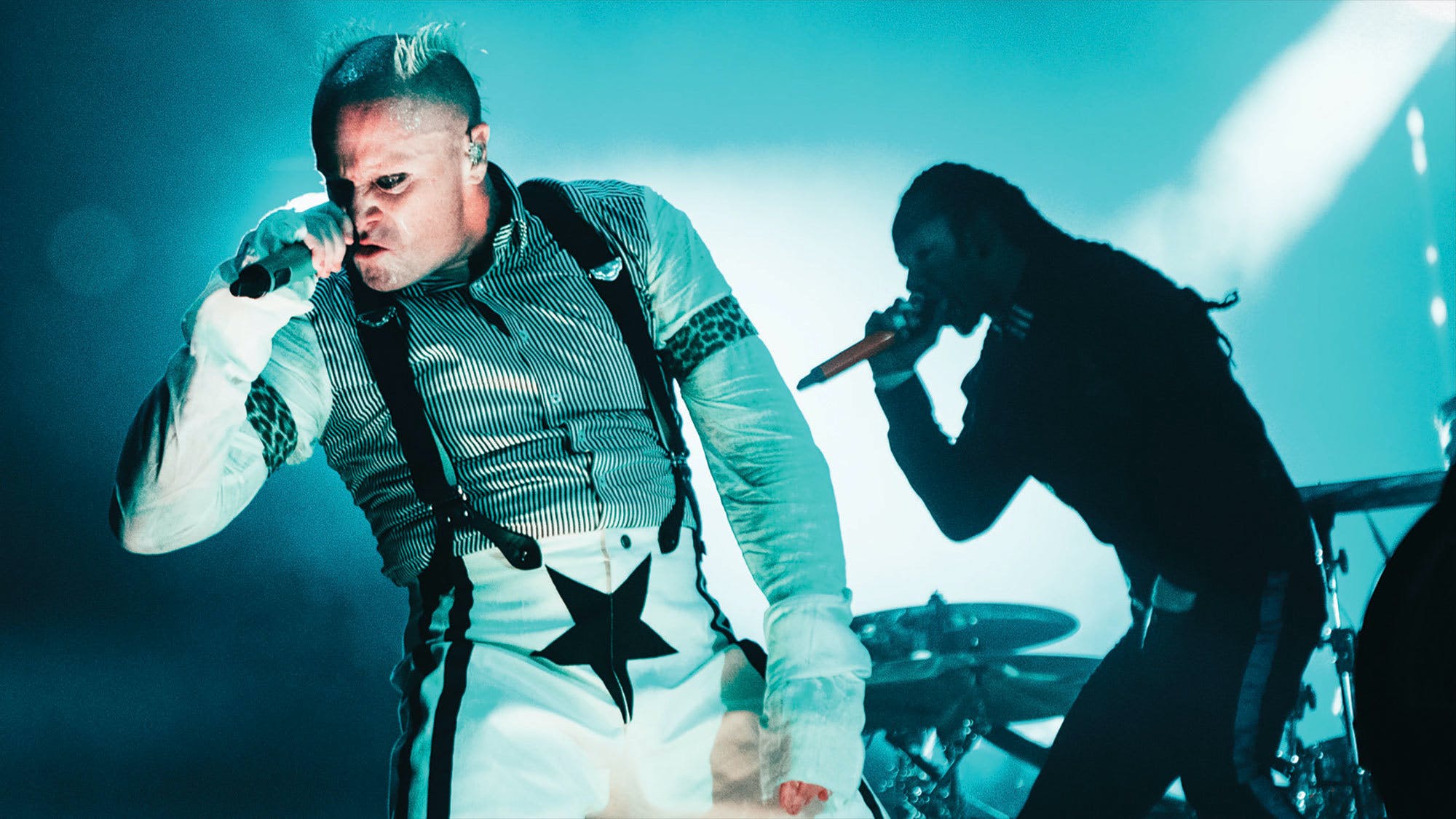 The tragic passing of Keith Flint will take a long time to process. The Prodigy icon leaves behind an untouchable legacy, having helped change the face of alternative music forever.

Although considered a ‘dance’ act, The Prodigy were very much a rock band with a punk attitude that resonated with a jilted generation – and a gang who scared the living piss out of mums and dads everywhere. From Charly and Outer Space to the ground-breaking Firestarter and Breathe, Keith helped the Essex crew charm music fans of all stripes, from the rave scene, metal masses and beyond, connecting with the band's anarchic yet playful spirit.

Download Festival head honcho Andy Copping pays his respects to the "gentleman" that was Keith Flint and recalls the times he booked The Prodigy and Keith’s solo project on the grounds of Donington Park.

For you, what has the rock world lost with the passing of Keith Flint?
“We’ve basically lost another amazing frontman. I mean, you almost forget that with The Prodigy it has always been about their sound, but Keith orchestrated everything, and he was the focal point of the band. When most people think of The Prodigy they think of Keith. If you go back to when that Firestarter video first came out, and when we all first saw it, the character that Keith plays in that, I think elevated The Prodigy from what they were to this iconic and original band.”

Even though they were classified as a dance act, with Keith’s image in that video he became iconic as this edgy-looking punk dude. Would you say this is why they were able to cross a multitude of genres and communities?
“They were like a rock’n’roll band. It was punk, it was edgy, it was angsty. I remember when I first booked them to play Download in 2006, the majority of rock music fans thought I was insane for booking them, but I knew what they would bring to the festival. As a band they transcended that pigeonhole of being a dance act. They played the second stage, which was in a tent at the time. People were climbing poles inside the tent, it was rammed, you could not move in there and it was insane.

“A lot of people forget that Keith played at the very first Download: he had a solo project [Flint] when The Prodigy were on down time. He was an absolute gentleman, and he was the same all the times that I worked with The Prodigy when they came to Download. He was always friendly, always chatty, always appreciative of everything that anyone did for him."

And of course in 2012 they headlined the Download for the first time…
“In 2012 – and we mustn’t lose sight of this – when The Prodigy headlined, it was the biggest selling Download we’ve ever had. People go, ‘Yeah, but you had Sabbath on the bill and Metallica on the bill,’ but the bulk of our tickets were weekend sales, so people wanted to be there for the whole thing. Even though the weather was fucking horrendous, The Prodigy absolutely fucking smashed it.”

How did the band feel about facing the prospect of headlining Download?
“There was a real confidence about them when they headlined. There were still people saying they shouldn’t headline the festival, but for me it was a no-brainer. They absolutely deserved to headline; they had already sold-out Milton Keynes Bowl, and we knew what the band were capable of doing in terms of putting on a show – a proper rock show. There was a confidence about them, they didn’t have any doubts, and they really appreciated the fact that they were given the opportunity, so they totally stepped up to the plate. They were just amazing.”

What are your memories of that show and how the crowd reacted?
“They lost their minds! Them headlining on that first day kinda made all the other bands on the bill really step up their game, because everyone was saying all weekend, ‘Oh my god, how amazing were The Prodigy?’ I had been in talks with getting them back at Download since, but we’d not been able to do it. I hope it’s not the end of the band, because I think there’s such a legacy there and it would be a crying shame if there was no Prodigy.”

What was Keith like on a personal level – what kind of man was he?
“He was always respectful; always a bit of a cheeky-chappy; always up for a laugh; he loved what he was doing and above everything just massively respectful. He always had time to say hello when I saw him. He would go, ‘Fucking Download is our favourite festival,’ and he never forgot what it meant them as a band and to him as a person. The festival took The Prodigy and Keith to their hearts and he never lost that – he always remembered that.”