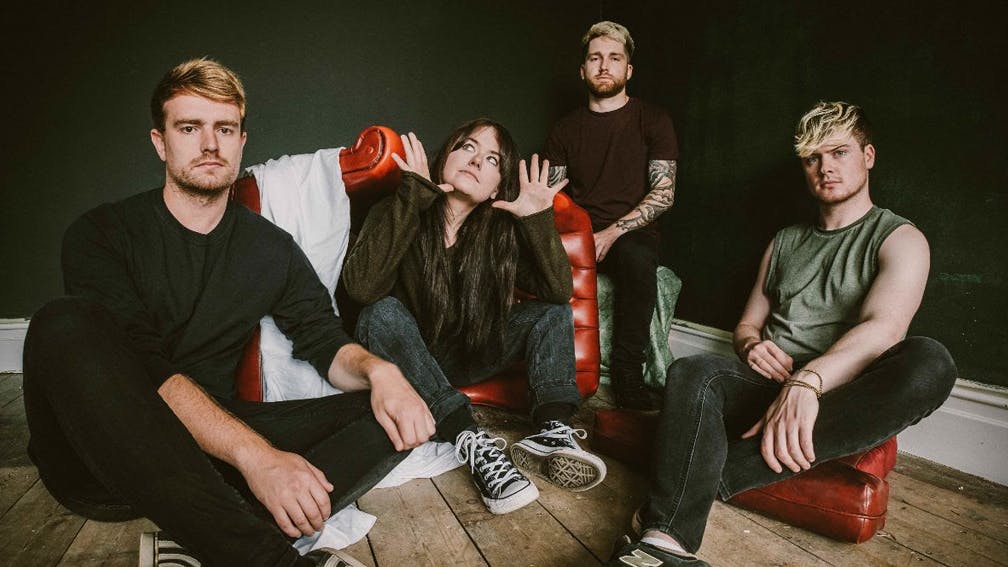 The Welsh group's first-ever full-length is set for release on October 18 via UNFD, and was produced by Dan Weller (Enter Shikari, BABYMETAL, Bury Tomorrow).

“I like to be real. I want people to feel connected. This is why music is not just a band for me or the boys, it’s a way of inspiring. I know how hard life can be,” says vocalist CJ Gilpin. “That’s my thing… being real, open and honest, There’s so much power in that. I can’t be fake, that’s just not in me. I can’t put on a façade.”

Of the album content itself, CJ continues: “There’s a lot of goodness in there, a lot of fight. I want to wake things up and speak to people who can’t and make something of my life.

“I hope people can hear their story,” she adds. “There are dark places… Suicide used to be in the back of my mind, but now I can’t believe I ever went as dark as that. It’s important that you keep taking the punches. It’s not easy for any living creature in this world, it’s a battle for everyone, but it’s amazing what you flowers can bloom at the end of it.”

Catch the band live on their Primrose Path headline tour with support from Normandie: