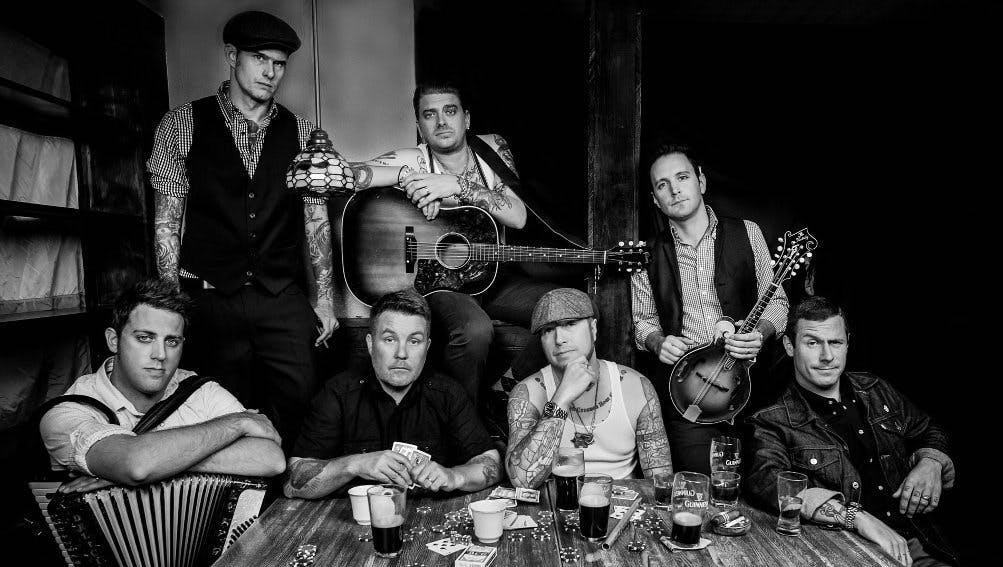 It's St. Patrick's Day today, which means that Irish-American punk rockers Dropkick Murphys will play their craziest show of the year in Boston, Massachusetts, tonight. That said, it'll be hard for tonight's show to get crazier than Friday night's Boston gig, where Dropkick bassist/vocalist Ken Casey got in a bloody brawl with a violent fan.

According to the band's reps, Ken was forced into an altercation with the unruly audience member when the jack-off began elbowing women in the face. Ken then told the fan to stop, the fan responded discourteously, and Ken was forced to jump into the crowd and deal with the situation himself.

TMZ captured footage of the brawl, which can be watched below. A warning that viewers triggered by bloody or violence may not want to watch:

After the incident, frontman Al Barr told the audience, “So, we’ve been doing this for a number of years, and having been here for 21 of those years, this is not new. I haven’t seen the old man bleed, but this not new. See, when we invite you guys to come to one of our shows, it’s like we’re saying, ‘Come to our house,’ and when someone disrespects us, it’s like you’re disrespecting us in our own house. This is our house!”

He's right: this certainly isn't the first time a Dropkick Murphys show has resulted in animosity due to a dickhead fan, as evidenced by this video from a 2013 show at Terminal 5 in New York City:

All of us at Kerrang! hope Ken recovers from any injuries he's sustained quickly, and that tonight's St. Patrick's Day show goes off without incident. And if you feel like being a dickhead and slugging women in the crowd, be ready to get what's coming to you.