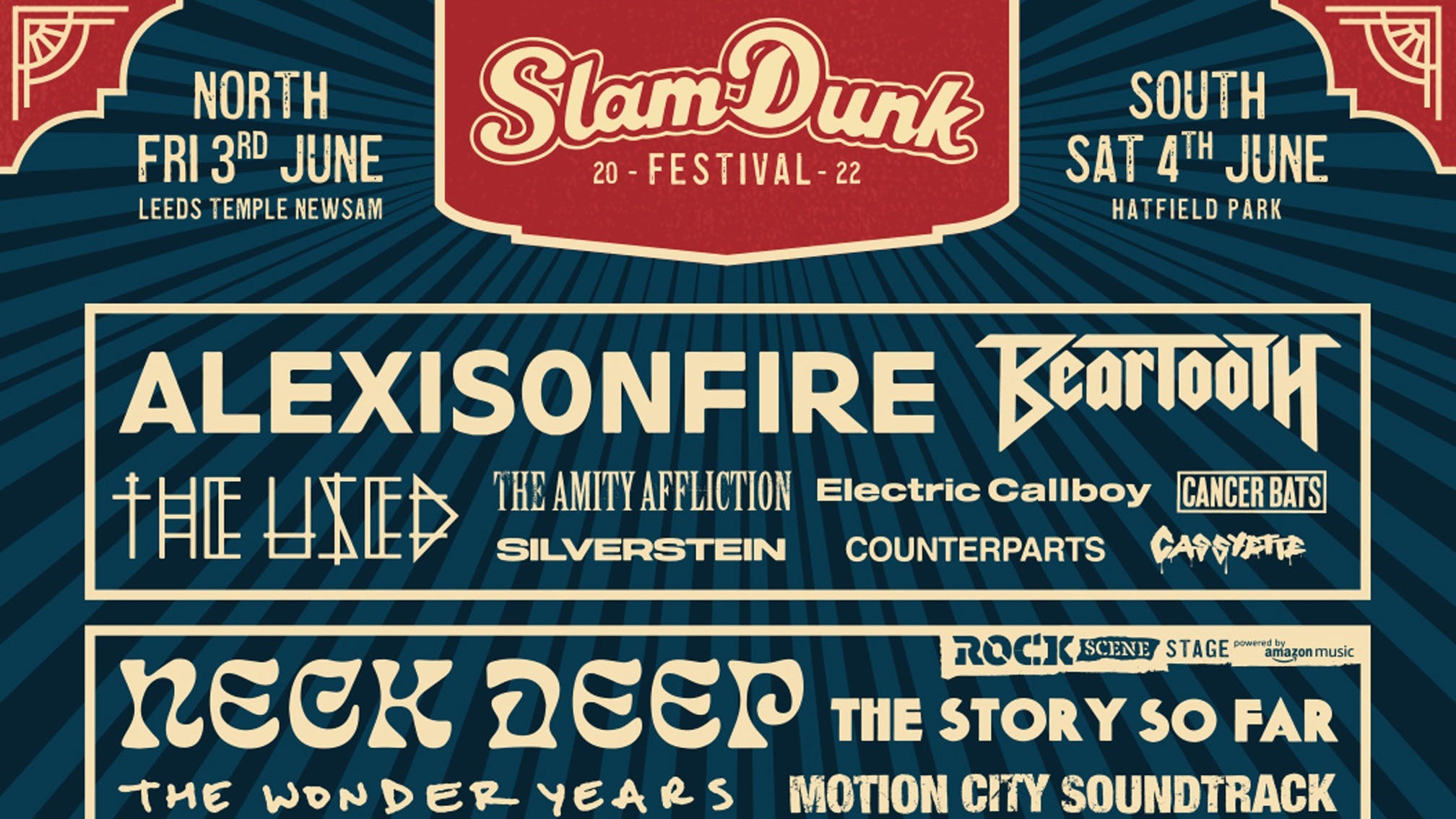 The countdown to Slam Dunk is on, with the festival dropping their full stage splits ahead of this June's pair of fests.

And with four headliners – Alexisonfire, Neck Deep, Sum 41 and Dropkick Murphys – Slam Dunk have chosen to make three main stages for their 2022 bash, with staggered set times to avoid missing your favourite bands. There's also a further two smaller stages, hosting even more of the best in rock and alternative.

Up first, we've got an epic stage made up of: Alexisonfire, Beartooth, The Used, The Amity Affliction, Electric Callboy, Cancer Bats, Silverstein, Counterparts and Cassyette.

Then, on the Rock Scene stage, Neck Deep will be headlining with a supporting cast of The Story So Far, The Wonder Years, Motion City Soundtrack, Knuckle Puck, KennyHoopla, Hot Milk, Meet Me @ The Altar and Beauty School.

Elsewhere we've got the double-whammy of Sum 41 and Dropkick Murphys headlining the Dickies Stage, with the rest of the bill there featuring The Interrupters, Pennywise, Streetlight Manifesto, The Vandals, Hot Water Music, The Bronx and The Suicide Machines.

One of the smaller stages will be headlined by Deaf Havana, and will also include 3OH!3, Stand Atlantic, MOD SUN, The Summer Set, With Confidence, Punk Rock Factory, Chunk! No, Captain Chunk!, Yours Truly and Between You & Me.

And, last but not least, Nova Twins will top the bill on The Key Club Stage, and they'll be joined by Mom Jeans, Spanish Love Songs, The Flatliners, Hot Mulligan, Point North, Magnolia Park, LiL Lotus, As December Falls, Pinkshift, Bears In Trees, MC Lars, In Her Own Words, SMRTDEATH, DeathbyRomy and Caskets.

Check out the new poster below: