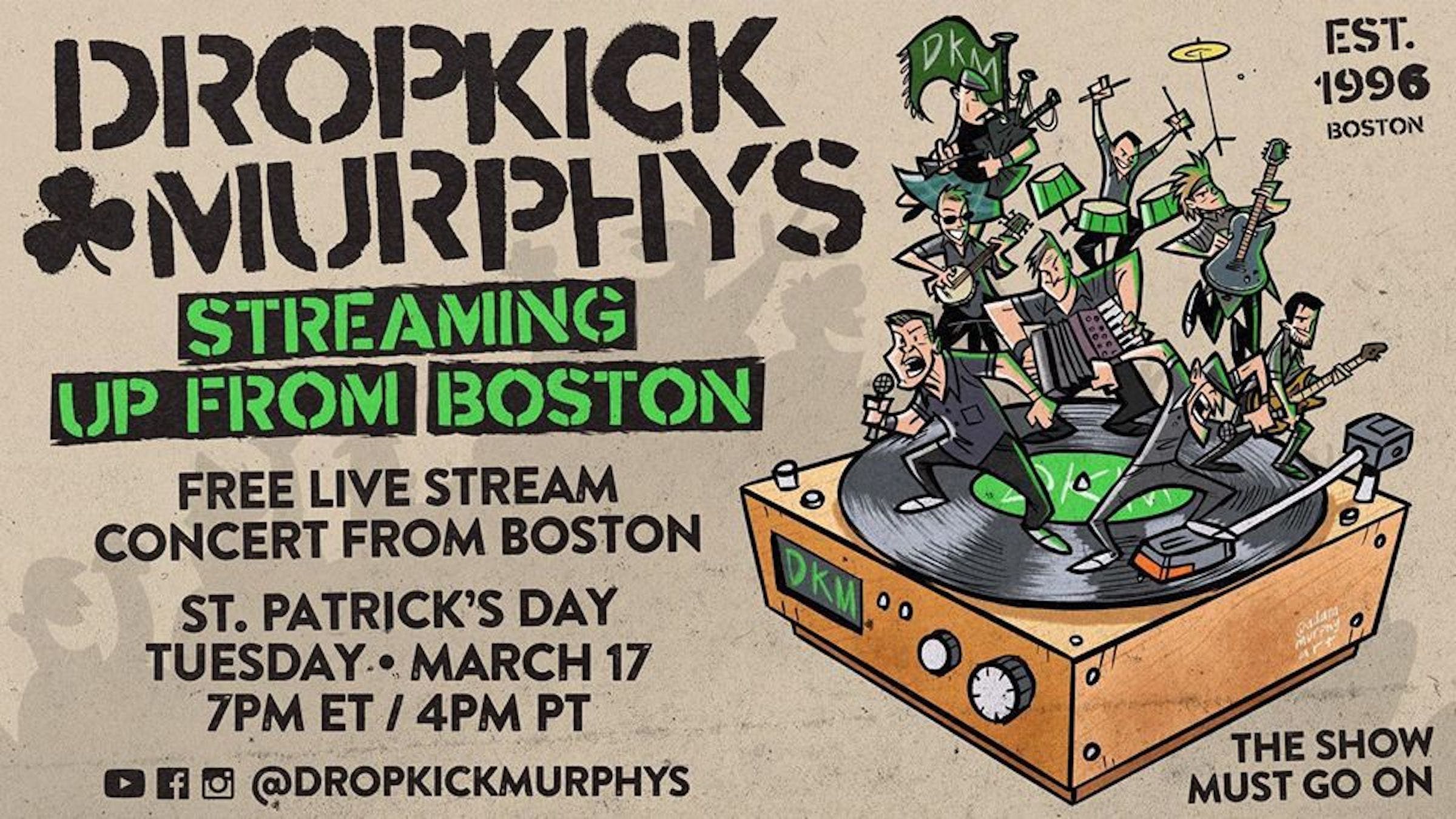 Few concerts have become as much of a yearly tradition as Dropkick Murphys' annual St. Patrick's Day show has. For many fans, the show is the ultimate expression of all things Irish punk, and has been a yearly staple for 24 years now. However, as one might have expected, the band will unfortunately have to cancel this year's St. Patty's Day gig – but instead of canceling it outright, they've announced that they'll be livestreaming the show instead.

The Murphys released the following statement via their website:

"We hope you and your families are doing well during this trying time… For the first time in 24 years, we are not playing on St. Patrick’s Day weekend. The current world situation is the ONLY thing that would ever stop us from doing so… So we came up with an idea we’re going to pull off this Tuesday -- the night of St. Patrick’s Day… We’re going to bring a DKM LIVESTREAM CONCERT to EVERYONE – ALL OVER THE WORLD!! You’ll be able to watch it on our YouTube, Instagram and Facebook Live…

"This will be a FULL CONCERT!!

"We’re excited to entertain you on St. Patrick’s Day -- live from Boston!

Interestingly enough, though the band have postponed many of their events this month, their tour with Rancid for this May has not yet been called off. So for those of you holding out hope, you might still be able to catch the ultimate punk rock party at one of the dates below:

READ THIS: 14 of the best punk rock sing along tracks ever