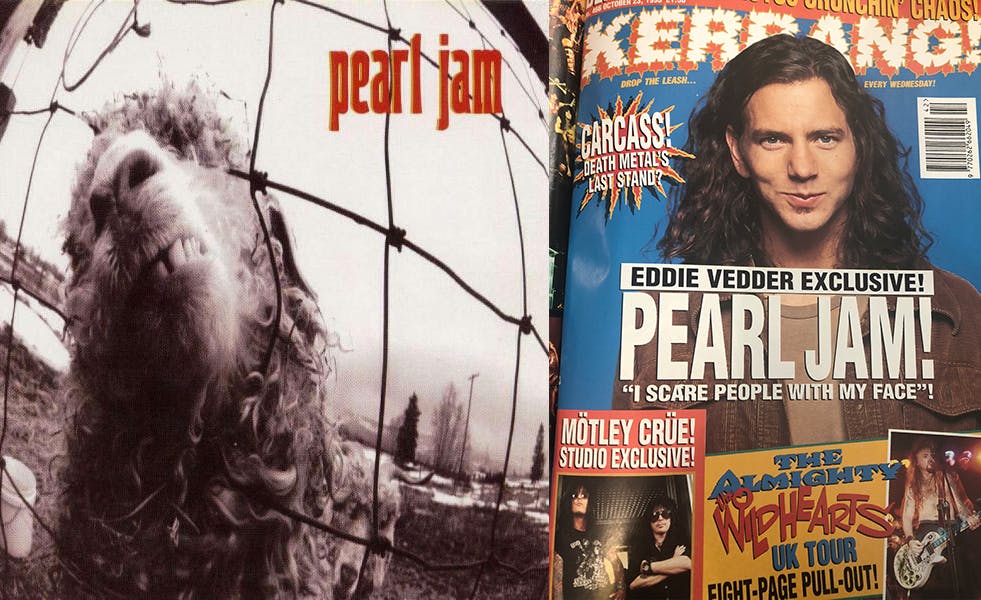 Two weeks before its release, Kerrang! declared that Pearl Jam’s Vs., the Seattle quintet’s 5/5-rated follow-up to stupendously successful debut album Ten, would be the "antidote to grunge" and that its impact would "change forever the way that rock music can be played".

Twenty-eight years to the day since its release, that proclamation might seem a touch over-eager and excitable, but such was the strength of our belief in the record at the time.

It’s also hard to fathom just how differently the world viewed Pearl Jam back then, especially their enigmatic frontman Eddie Vedder, who refused to play the fame game and struggled with the trappings of success. So much so that he was considering never doing any press again when we spoke to him for a cover feature in K!466 on October 23.

“I’ll probably not do interviews one day, because I don’t want to end up convoluting the subject,” he told K! scribe Liz Evans. “Music is the thing. It won’t be because of any attitude or anything. It’s just that 15 years ago, I found a beautiful way to express myself; I found a very powerful medium."

"The other reason I won’t do interviews is that people just won’t want to know – a lack of interest or whatever,” he added, somewhat innocently.

Context is important, however. At the time, the press – and not just the rock pages – were ramping up a so-called feud between his band and fellow Seattle superstars Nirvana, despite the fact that Eddie and Kurt Cobain had patched up any differences they may have previously had almost a year before. It didn’t help that Nirvana had released their In Utero opus just a few weeks before Vs. (which was rumoured to be originally titled Five Against One – a line from the song, Animal).

“Over the past few weeks, it’s all been the same thing – people are all talking about Nirvana and Pearl Jam,” Eddie sighed when asked about the supposed rivalry between the bands. “Kurt and I talked the other day, because you know, our albums are out at the same time. So after this one, we’ll alternate. We’ll release our albums six months apart!”

Sadly, as fate would have it, In Utero would be Nirvana’s final studio album, after Kurt’s tragic passing less than a year later. Much like the Nirvana man, Eddie was feeling the pinch of living under the lens of the public eye.

“I don’t want to be a star,” he raged. “It’s not worth it, to have my picture taken and have my face everywhere. It’s scary; it scares me, I could scare a lot of people with my face! I personally think that the less you know about a musician, the better. All that you need is the music, and then you won’t have any other preconceptions.”

Ultimately, what mattered to the Pearl Jam vocalist was the reason for their notoriety in the first place – that special sprinkle of magic within their music that set them apart from the Seattle scene. While his words and actions may have seemed rash and perhaps even ungrateful at the time, history proved to be very much on his side.

“The pressure affects me, but it doesn’t hurt the music,” Eddie noted. “It all comes down to keeping that stuff away from the music. It’s like a child; it’s like keeping that baby locked in a room where no-one can get to it, because it’s a fragile thing.”

Here’s to 28 years of preserving that fragility. And oh how the baby has grown…