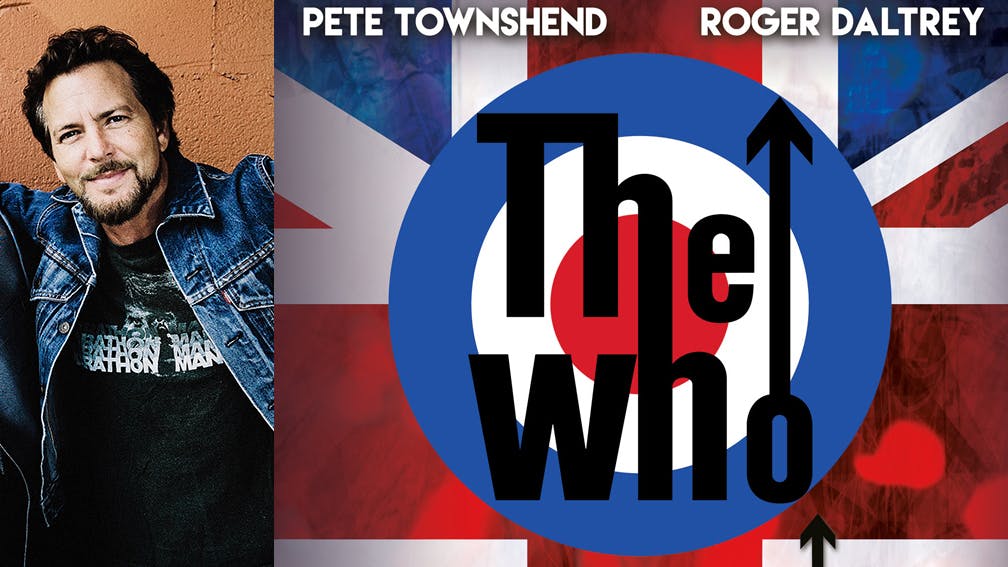 Legendary London rockers The Who have announced a massive headline show at Wembley Stadium for this coming July – and Pearl Jam frontman Eddie Vedder has been confirmed as their main support act.

The gig – which will see The Who performing with an orchestra – will be hitting Wembley on Saturday, July 6 and will also feature Kaiser Chiefs on the bill, with more guests to be announced. “The Who are touring again in 2019," says Pete Townshend. "Roger christened this tour Moving On! I love it. It is what both of us want to do. Move on, with new music, classic Who music, all performed in new and exciting ways. Taking risks, nothing to lose. Looking forward to seeing you all. Are you ready?"

While Roger Daltrey adds: “Be aware Who fans! Just because it's The Who with an orchestra, in no way will it compromise the way Pete and I deliver our music. This will be full throttle Who with horns and bells on.”

Tickets go on sale this Friday (February 1) at 10am on Ticketmaster.

In other Eddie-related news, Pearl Jam are reportedly "in the middle" of writing a new album – the follow-up to 2013's Lightning Bolt.

“We’re going to make a record, and we’re in the middle of it,” says guitarist Stone Gossard. “We’re just going to keep plugging away until we get one done.”

“We’ve gone in, probably, four or five times in the last couple of years, so we have a whole ton of unfinished stuff,” bassist Jeff Ament adds. “We’re just sort of in a little bit of limbo. I’m sure everybody’s got a bunch more riffs, and I’m sure [frontman Eddie Vedder]’s got a handful of journal lyrics. It’s just going to take us all getting into a room together for six weeks and just knocking something out.”

This is a broken record, but I think I’ve said that I would record a lot more with Pearl Jam if that was what could happen,” continues Jeff. “It just hasn’t happened for some reason.”

Looks like it's going to be a busy year for Eddie, then…