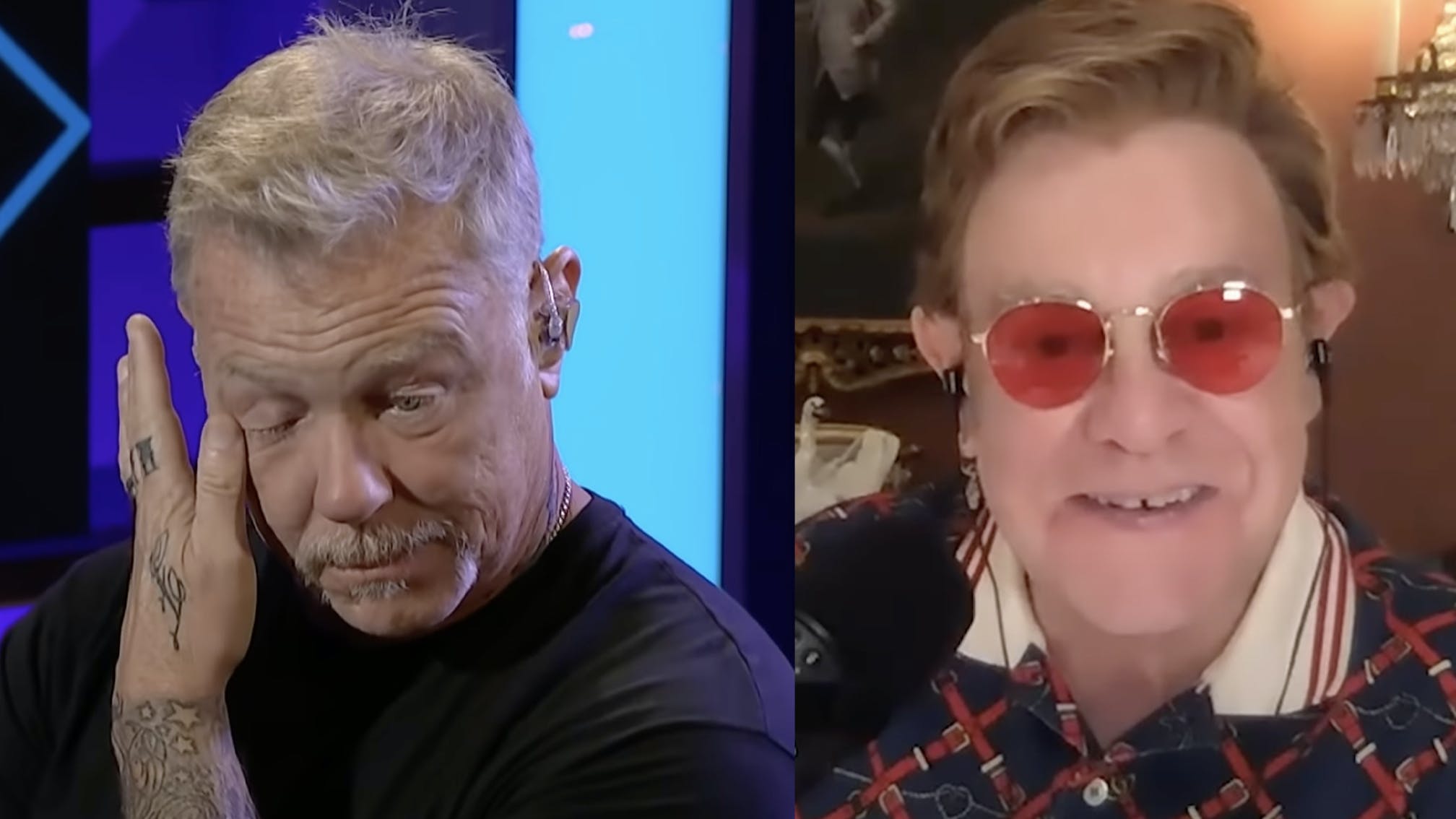 Following the release of the absolutely colossal Metallica Blacklist album on Friday, the band hit The Howard Stern Show, along with Miley Cyrus, to discuss the ambitious project.

It was there that they were surprised by pop legend Elton John via Zoom, who joined to chat about their collaborative cover of Nothing Else Matters on the LP (which also features contributions from WATT, Yo-Yo Ma, Metallica's own Robert Trujillo, and Chad Smith).

When asked by Howard how they came up with a fresh rendition of the classic metal ballad, Elton explains, "Well that idea came from Andrew Watt who produced the track and played guitar on it. He said, ‘I want you to start the song and finish the song, because I don’t want it to start with the guitar, because that’s how the original record started.'

“Listen, this is one of the best songs ever written, to me," Elton continues. "It’s a song that never gets old. And playing on this track, I just couldn’t wait. The chord structure, the melodies, the time changes, it’s got drama written all over it.”

He continues as James Hetfield is seen getting emotional: "I have to say, it was a no-brainer playing on this song. Metallica are probably the crème de la crème of those kind of bands. You can’t really define them. They’re not a heavy metal band. They’re a musical band. Their songs aren’t just heavy metal. They’re beautiful songs. This is such a melodic song – it’s fucking great, actually."

So there you have it. Elton John reckons Nothing Else Matters is "fucking great". Very well put, sir!

The Metallica Blacklist and The Black Album (Remastered) are out now via Blackened Recordings.