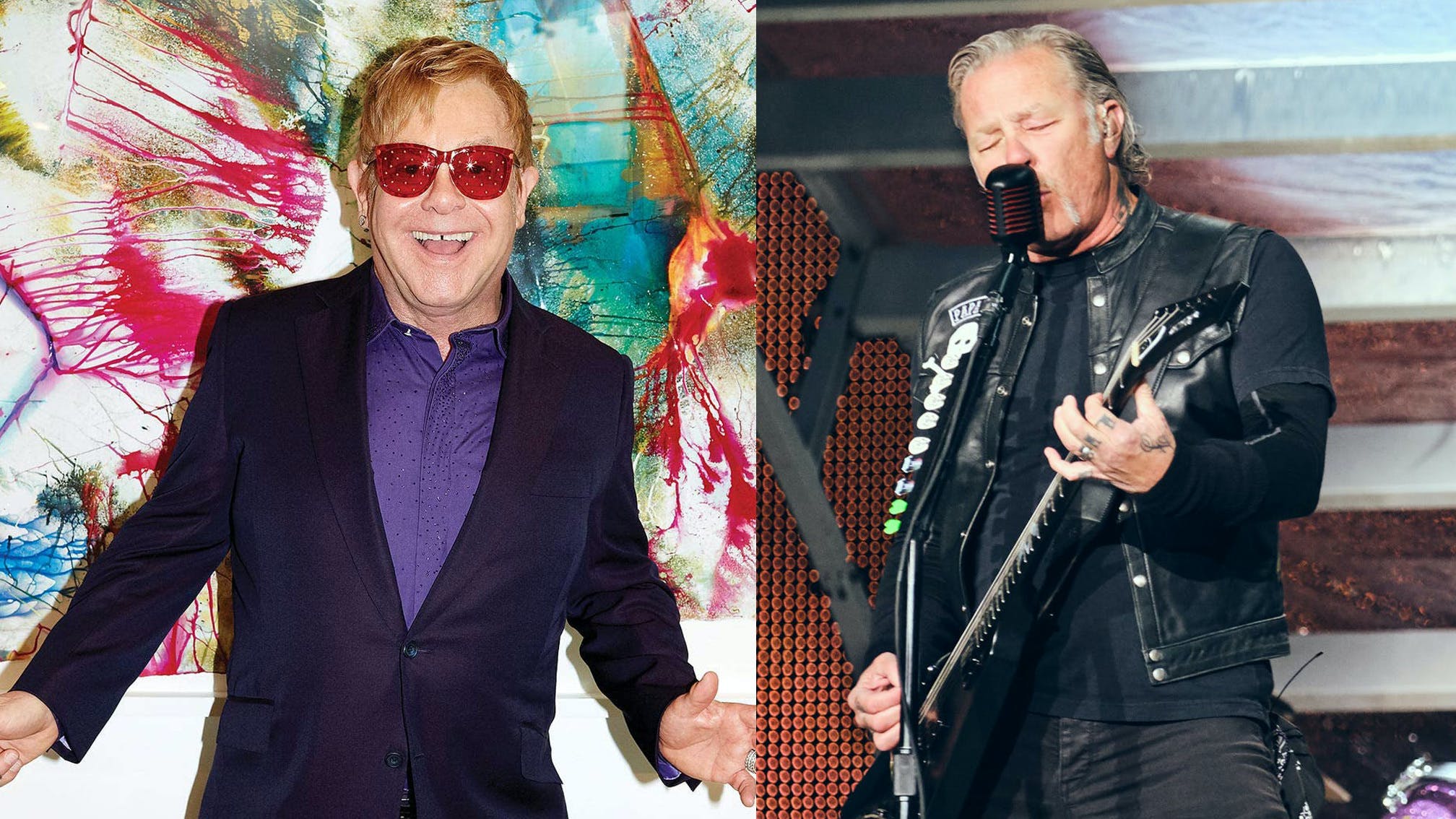 The legendary Elton John has revealed that he's been working on "something" with Metallica this past year.

The two titans of music are seemingly set to collide on an upcoming project, with Elton teasing on the latest episode of his Rocket Hour show on Apple Music 1 that, "I've just done something with Metallica during this lockdown period. I've been working with Gorillaz and people like that. I haven't been doing any Elton stuff, but I've been doing great stuff with other people."

Though the singer-songwriter didn't hint as to what this secret collaboration would actually be, fellow pop superstar Miley Cyrus said at the start of 2021 that she'd worked on a cover of Nothing Else Matters with Elton and James Hetfield and co. Could this be what he's talking about?

Read this: The United States Of Metallica: The story of metal’s biggest band, one state at a time

Originally it was thought that Miley had worked on a full album of ’Tallica covers, but she announced in January that, "I’m doing a song for Metallica’s cover record… So I did a Metallica cover of Nothing Else Matters featuring Elton John on the piano. I’ve got Yo-Yo Ma, [Red Hot Chili Peppers drummer] Chad Smith – just so many all-stars.

"I’m so excited about this collaboration," she continued. "Andrew Watt produced it, and I’m really stoked. I mean, having Elton John and Metallica and me – I love it when ingredients don’t quite fit, you know? Or it seems like a concoction that no-one would ever put together, and you’ve got to have someone wild enough like Watt that will take that risk."

This has got to be what Elton is referring to as well, right? Either way, we're very, very intrigued…