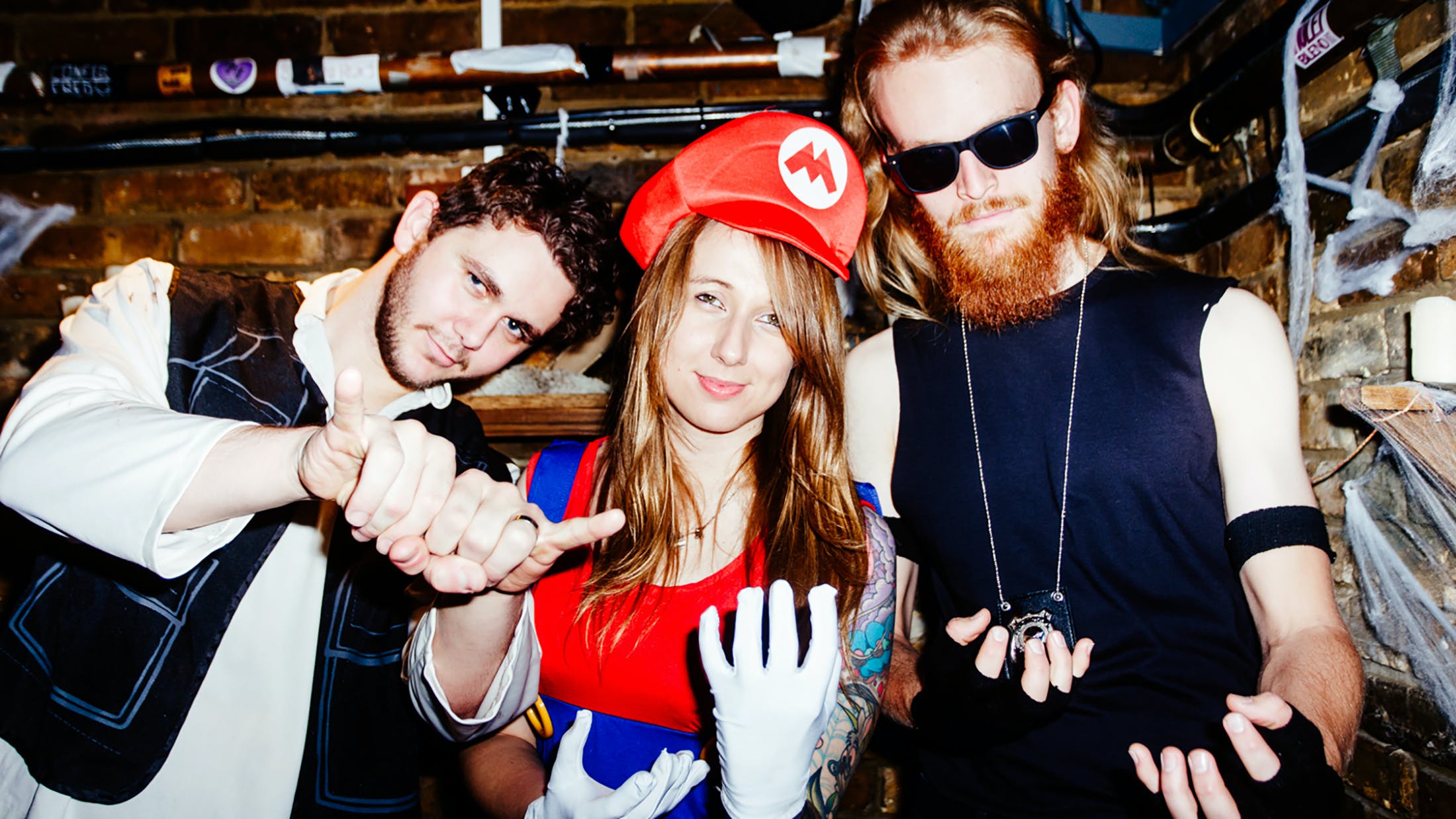 On Halloween night, Employed To Serve kicked off the inaugural Kerang! Basement Party, hosted in association with Rizla.

The bash took place in the downstairs bar at North London’s legendary venue The Hope and Anchor and saw a host of ghoulish revellers throw shapes to nu-metal anthems and cheesy pop classic cranked out by Employed To Serve’s trio of tune merchants, Justine Jones, Sammy Urwin and Robbie Back.

The party mob – which included members of the K! krew, With The Dead frontman Lee Dorrian, Septic Tank guitarist Gaz Jennings and ex-Lucifer drummer Andy Prestidge, and a throng of K! readers who’d won tickets to the invite-only bash – blissfuly shuffled around the dance floor like the undead, and slaked their thirst at the bar which was loaded with free shots of Kraken.

News of the next Kerrang! Basement Party in association with Rizla will be announced in the coming weeks.

Check out the gallery below, as shot by Andy Ford.

Employed To Serve are putting British metal back on top

For the past decade, Justine Jones and Sammy Urwin of Employed To Serve have helped elevate British rock and metal both on and off the stage, from Album Of The Year releases to their championing of new bands. Now, with fourth full-length Conquering on the horizon, the pay-off is being felt across the entire scene...