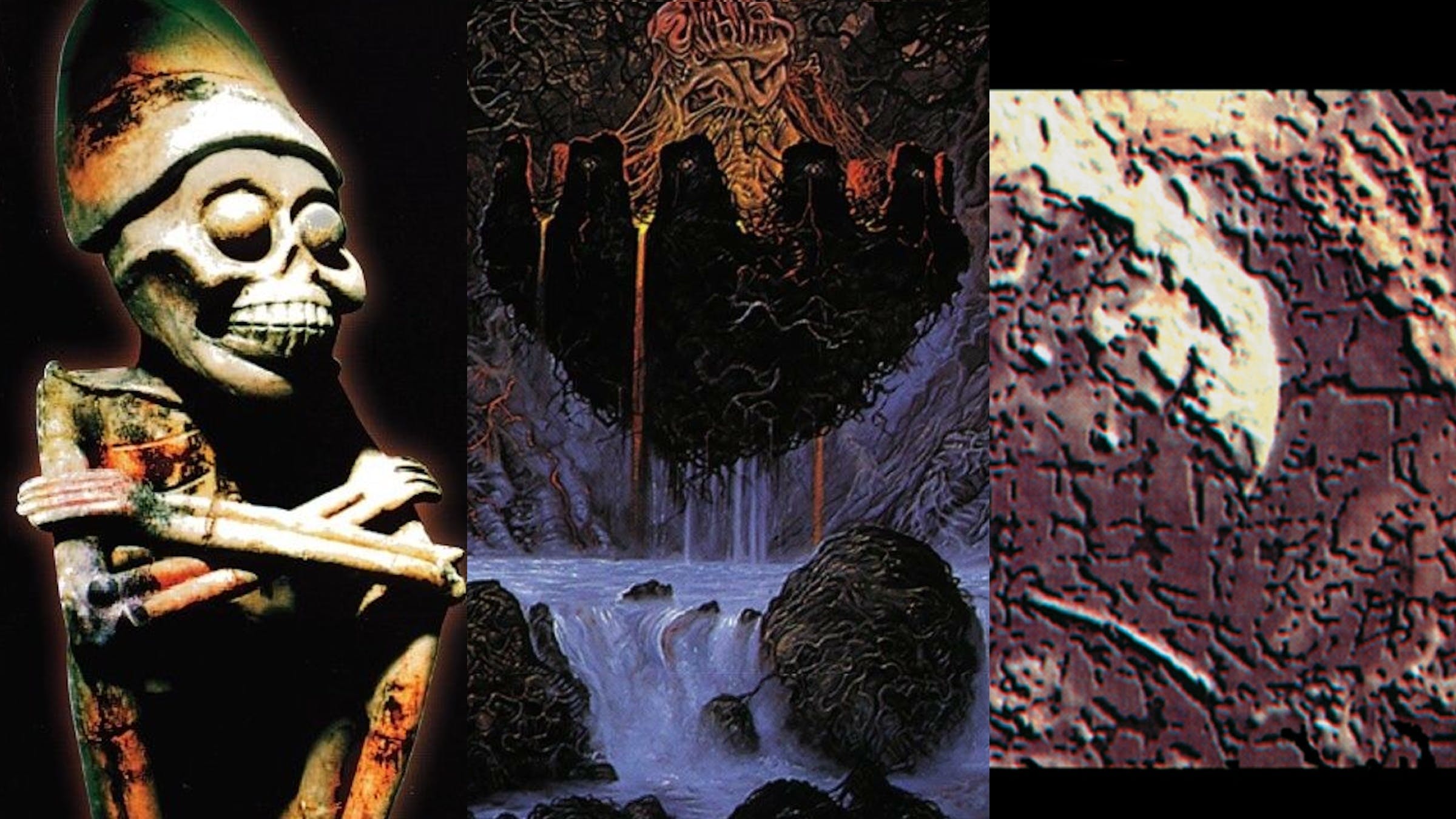 Although they’re considered one of the pioneering Swedish death metal bands, Entombed have never pursued a predictable path to notoriety. Over their 30-year career, they have undergone enough lineup changes and stylistic shifts (crossover, death metal, death-thrash, death'n’roll) to make even the most multifaceted bands look like AC/DC. Yet through label changes, inter-band instability and legal wrangles, Entombed guitarist Alex Hellid -- the only member to play on all nine of the bands original studio albums -- has persevered.

Adopting the title of Entombed’s 1989 debut demo, But Life Goes On, as his personal motto, Hellid returned to music in 2016 following a 12-year drought. In an effort to rebuild, he reunited with two founding Entombed members, guitarist Ulf "Uffe" Cederlund, who he hadn’t recorded with since 2003, and drummer Nicke Andersson, who left in 1997 to front his own garage punk/metal band The Hellacopters. The three worked with the Gävle Symphony Orchestra to stage an epic live performance of their 1991 album Clandestine at Malmö Live Concert Hall, which was recently released. The reunion was both nostalgic and inspiring, and during rehearsals Entombed started coming up with ideas for new material.

“We all felt straight away that the energy was strong,” Hellid says. “We remembered what it was like to be on fire like that and we all saw the signs. We knew that if we were to focus and had sine time to work things would start to happen again.”

During a break from the writing process, Hellid spent some time reminiscing over his favorite Entombed albums, and gave us his thoughts behind the five he holds dearest to his heart...

We went into Serpent Saints like we were a new band. It was me, L-G and a new rhythm section so we thought it would be cool to try to remember how we did our first album. We intentionally recorded rhe songs as demos and then released them. The idea was to eventually do a more produced version of the album as well. We’ll see if we ever get around to doing that. I really like the urgency and rawness of it. What you hear is what’s being written in the studio and put together on the spot. It felt good to do the album that way and I’m still really happy with the songs. I pretty much self-produced the album and it speaks for itself.

That was the last album we did with Nicke for a while. He was frustrated about the situation we were in because after we did Wolverine Blues everything started taking a long time. We were signed to Earache and there was definitely a lot of miscommunication between what we wanted and what they wanted from us. We got to a bad place and refused to do another record for them. We lost over a year just trying to change management and labels. Entombed had had good momentum and to lose that was very discouraging. When we were finally able to start recording again things picked back up, but it felt strange. We were trying to change everything to be different and for most people we probably changed too much.

For us it was just business as usual. We wrote the songs pretty quickly and we liked them. We recorded them at the new Sunlight Studios in a really hard room with stone walls and we thought that would make it sound heavy. But the cymbals and guitars sounded a lot sharper than we thought they would. When we listened to the final version we liked the way it sounded, but we kept turning it down. We’d start on a really high volume and we were like, “Yeah, it sounds great!” But then we were like, “Wow, I can’t really take more than one or two songs at this volume.”

That album is basically re-recordings of the three demos we made between 1987 and 1989 when we called ourselves Nihilist, along with some other stuff we had lying around. It’s a good history lesson of our early years and maybe was an example of how the only constant for us in the future would be change. Left Hand Path has a lot of hardcore influences in it.

We were really influenced by New York hardcore and we were listening to D.R.I. and Suicidal Tendencies as well. But we also loved the death metal scene. So we wanted to take all the nice parts of the bands we liked and combine them. Michael Amott was in Carcass at that time and he played with us on our first trip to the UK. When he heard the songs he was really surprised. He went, “Whoa. This is not metal. What are these parts? This is like hardcore. Why?”

It’s really hard for a band to recreate the energy of their first album. When you’re brand new as a band you go into the studio totally fresh and totally excited. For the second album, we didn’t feel that. At first, we didn’t have a singer because L-G and Nicke had a falling out. As I remember, L-G was hitting on Nicke’s girlfriend. Nicke said to the rest of us, “It’s either me or L-G. I’m not playing with him anymore.” That was an easy choice since he’s the one we started the band with. Nicke sang on Clandestine and tried to model his vocals after Sindrome singer Troy Dixler. Between the music and the vocals, that album was as technical as we could get.

We really wanted to challenge ourselves and play to the peak of our ability and maybe a little above and we were really inspired by bands like Atheist and Morbid Angel. I think us really pushing our playing ability is what brings that energy and struggle to the album. It sounds like it could just fall apart at any time, but I like that about it. We spent two weeks to record the album, which was twice as long as we had for Left Hand Path. We didn’t know what to expect from people when it came out because it was really fast and crazy, Some of the fans that liked the punkier sound of Left Hand Path thought we sold out, which I think is really funny, but most of our fans really liked it.

The idea for the record started while we were touring for our [1991] album Clandestine and after seeing the Clive Barker movie Night Breed Nicke had an idea for the Hollowman track. It was the start of us doing things that weren’t just fast from beginning to end. The record was a reaction to Clandestine, which was really technical and challenging to make, but it was even harder to play on tour. We wanted to simplify our songs and write things that weren’t total death metal. It was a gradual process.

At first, there were versions of the songs that more complex. Demon, for example, had a whole middle part that featured another five riffs that could have been off Clandestine. We called it the 'Morbid Angel' part so we cut it out and stripped down the album. We asked L-G Petrov to come back and sing with us since he had left the band after our first album Left Hand Path. That gave us more of the vocal sound we were used to hearing. When I finally got the finished version of Wolverine Blues, I listened to it on repeat. I was like, “Oh damn, this sounds great and it’s a new step from where we’ve been.”

Entombed A.D. frontman LG Petrov has passed away after a battle with cancer. Here, we pay tribute to the fun-loving death metal master.

After being diagnosed last year with incurable cancer, Lars-Göran Petrov of Entombed A.D. has sadly passed away.