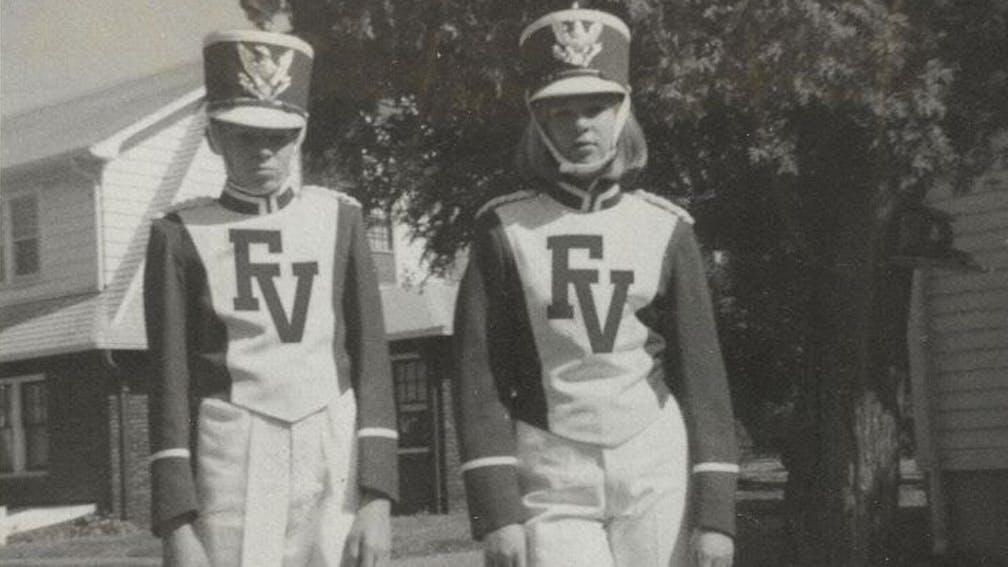 The pandemic may have scuppered most of My Chemical Romance’s long-awaited reunion tour plans last year, but we can at least take solace in the fact that guitarist Frank Iero is releasing new music with his current band, The Future Violence. Considered a counterpart to Barriers, 2019’s stunning album with The Future Violents, this EP boasts three new bangers, as well as a cover of R.E.M.’s Losing My Religion.

The altering of their moniker for this EP has seen the quintet – Frank, Evan Nestor (guitars), Matt Armstrong (bass), Kayleigh Goldsworthy (piano, organ, violin) and Thursday drummer Tucker Rule – possibly sounding a little more passive than on its predecessor. But the urgency and intensity that defined that record, the first music Frank wrote after the near-fatal bus incident in Australia in 2016, remains intact.

It kicks off with the rip-roaring riffs of Violence, a thunderingly hypnotic, groove-laden number on which Frank’s voice warbles in and out of emotional control. It’s almost as if he’s trying to keep the demons inside him from coming out, but it’s a fight he’s unable to win. ‘Gimme gimme gimme just a bit of your soul,’ he pleads, but it’s less a polite request than a demand. ‘You’re gonna wish you’d never been born.’ It’s less than four minutes long, but it feels – in the best possible way – like a lifetime in purgatory.

By comparison, Sewer Wolf feels like a song in slow-motion, but it’s no less forceful, its sludgy, driving, off-kilter melody punctuated by Frank’s guttural, visceral screams. It’s not pretty in the slightest, but a song called Sewer Wolf shouldn’t be, and it more than lives up to the gruesome, grimy expectations of its title.

Unsurprisingly, the cover of Losing My Religion dials down the volume slightly. However, it still manages to both do justice to the legendary original and, thanks to Frank’s distinctively impassioned vocals, assume a life of its own. Then the epic six-plus minutes of Record Ender comes crashing down. It starts off gently, full of tenderness, but surges towards a crescendo – one not too far from something you might hear in a My Chem track – that’s riddled with disaster and oblivion. ‘If the air is heavy you can hold my breath and I’ll hold yours’ he declares, before admitting, defiantly, ‘I wanna tell you what I never could’ a little later. It’s hopelessly romantic, but it’s not a love song. It’s shrouded in darkness, but it’s full of hope. It’s the sound of the end of the world, but with the knowledge the sun will still rise the next day.

For Fans Of: My Chemical Romance, …And You Will Know Us By The Trail Of Dead, Cursive

Heaven Is A Place, This Is A Place is released on January 15 via UNFD.

READ THIS: 15 things you probably didn't know about Frank Iero