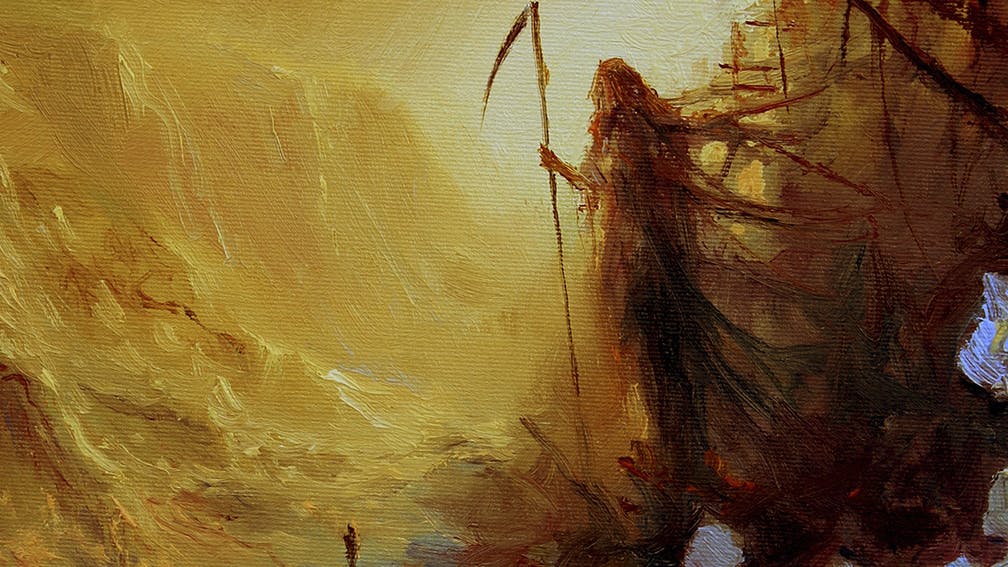 In a release schedule turned upside-down, EPs seem to be the order of the day in 2020, with everyone from Ihsahn to Bring Me The Horizon to Pig Destroyer dropping shorter records in recent months. While most could actually be considered mini-albums in their own right, Massachusetts mob Fuming Mouth have stripped things back to just three tracks as less of a standalone record and more of a taste of what’s to come.

Having recently joined Nuclear Blast’s bulging roster, Beyond The Tomb feels like a litmus test for where Fuming Mouth plan to be in the future, with vocalist Mark Whelan explaining that the EP shows, “A side of Fuming Mouth not many people know about and I’m eager to show it.”

Recorded with Kurt Ballou at his God City studios – a sign of quality if ever there was one – this breezeblock of brutality does indeed explore different facets of the four-piece’s sound in little more than 12 minutes, embellishing their claustrophobic crust with ripping solos and snare-shattering percussion. The title-track opener moves at blistering pace, powered by an almost-Motörhead lust for speed, while dragging tar-thick riffs from the murky depths. Imagery of death and decay permeates through the carnage, as the yearning chorus stares out over an ever-growing graveyard.

That’s it for clean singing, though, as the pummelling Master Of Extremity is perfect circle-pit fodder. The chainsaw guitars and Hatebreed-esque ‘I will, I will return’ chanting work in tandem with the fists-to-the-floor brutality and death metal sonics, as Fuming Mouth switch things up without a moment’s hesitation.

Closing track Road To Odessa is the weakest of the three, taking a much more by-numbers approach. The dirgey guitars, grimace-inducing chorus and empowered, barking vocals maintain the grimey vibe of the EP, but it lacks the innovation and invigoration of the previous two tracks.

There’s much to enjoy here, especially for those who want slamming riffs against a backdrop of choking ferocity. And if Fuming Mouth can harness the power of the first two songs for their album, then we could be in for something truly special.

For fans of: Venom Prison, Gatecreeper, Year Of The Knife

Beyond The Tomb is out now via Nuclear Blast