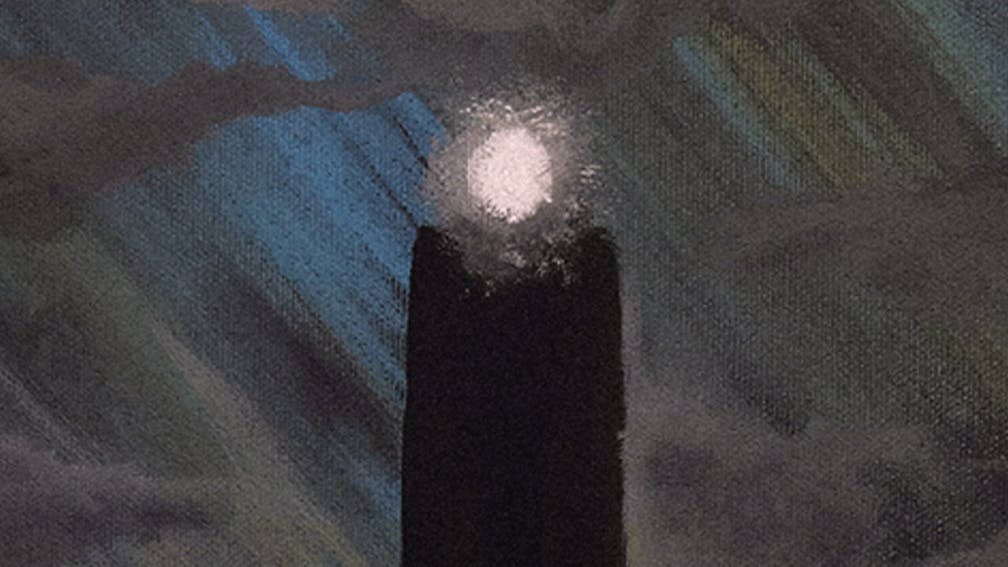 The two EPs Emperor frontman Ihsahn has released this year have followed a vaguely light/dark concept. Telemark, released back in February, was the darker end of the deal, inspired by the imposing majesty of his Norwegian home, and seeing him in a more metal mood, sharp and aggressive, than on his more recent solo output. And, for larks, there were heavy covers of Iron Maiden’s Wrathchild (expected), and Lenny Kravitz’s Rock ‘N’ Roll Is Dead (less so). The flip-side is Pharos, in which we find Ihsahn producing something more mellow, restrained and, frankly, cosy.

In similar fashion to Ulver, here Ihsahn is pared back and unobtrusive, using mostly clean guitars and keys to make his point. He creates a widescreen, autumnal space, not of harsh blizzards, endless frozen tundras and the madness of long, dark winters, but the sanctuary of looking out on all that from within a place of relative warmth. Like we say, cosy.

Losing Altitude is a gentle, minor-key reflection, as is the title-track, until it rises majestically on a stately guitar that’s powerful, but not overpowering. Spectre At The Feast, meanwhile, is heavier, but in a mysterious, Opeth-y manner, made of swelling sound rather than aggressive thrust. It’s a good moment, but here it is in Ihsahn’s masterful lightness of touch that the true magic lies.

Of the two covers, you’ll have already heard the excellent take on Manhattan Skyline by ‘80s Norwegian synth-pop outfit A-Ha’s Manhattan Skyline (yeah, the Take On Me band, if you want to be ignorant about it, but you should probably listen to more music). But it’s Ihsahn’s version of Bristol trip-hip legends Portishead’s Roads that’s the real stroke of genius. If the art of the great cover is to make something yours without actually doing much to it, then here is a gold-plated example that captures the haunting, beautiful mood and essence of the wonderful original from Portishead’s peerless 1994 Dummy album, while also sounding exactly like Ihsahn 2020.

The better of these two EPs, Pharos is a fine work by an artist who has long proven that there’s more to his palette than one simple shade of darkness. Once again, Ihsahn proves himself a black wizard for whom creativity is restless, and the results are always spellbinding.

For Fans Of: Ulver, Portishead, Enslaved

Pharos is out now via Candlelight

READ THIS: Ihsahn: "A black metal artist allowing someone to tell them what to do? Nobody wants that..."