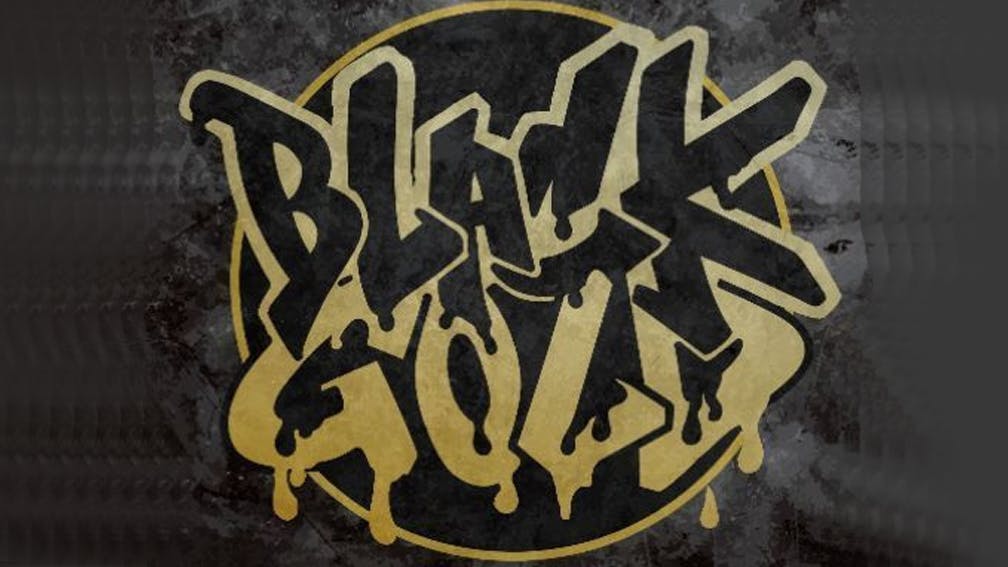 A motley crew of menacingly mysterious musicians, BLACKGOLD are here to shake things up, both within the music industry and beyond it. Google them to find out more, however, and you’re not going to discover much. Not only are the quintet’s faces always obscured by masks, but there’s barely any information about them.

“We’re a band, we wear masks and we’re bringing nu-metal back” says their Twitter bio. “We don’t give a fuck if you don’t like this shit. It's Art.” reads the pinned tweet beneath it. That’s pretty much it. Even their YouTube video introducing them is obtuse. But that’s the point: BLACKGOLD want the focus on the music.

The music, then. The five tracks that make up this self-titled, self-released debut EP are ferocious and fierce from beginning to end – their uncompromising, don’t-give-a-fuck attitude channelled into heavy, chugging guitars and a torrent of snarling, bitter vocals spat out with disdain and disgust. So far, so nu-metal – but there is a crucial difference. For while nu-metal was steeped in self-loathing, BLACKGOLD’s focus is more on hatred of the system and being an antidote to it. That’s most obvious on second track, Sound Of The Underground, which incorporates elements of rap and grime into its folds before exploding, Molotov-like, as it asks, ‘Can you hear the sound of the resistance?’

Opener It’s Art is equally caustic – one long crescendo that bluntly sets out the terms of their engagement with the music industry and anyone listening who doesn’t like it: ‘We don’t give no fucks.’ Then there’s the unforgiving intensity of Sorry – the most Slipknot-like song here – is almost frightening, and the frenzied, confrontational aggression of Rhythm. By comparison, fifth and final track Hold It Down is almost soothing – or would be were it not for the unnerving atmospherics that underpin it. But then, over the last 100 seconds or so, it becomes a deafening wildfire of acerbic noise that serves as a clarion call to survival in an unjust world.

A scorching indictment of modern society and a wonderful start from an incredibly promising band – whoever they are.

For fans of: Slipknot, The Prodigy, Hacktivist

BLACKGOLD is out now

From mysterious nu-metal to new grunge: Sophie K on the new bands you need to hear now