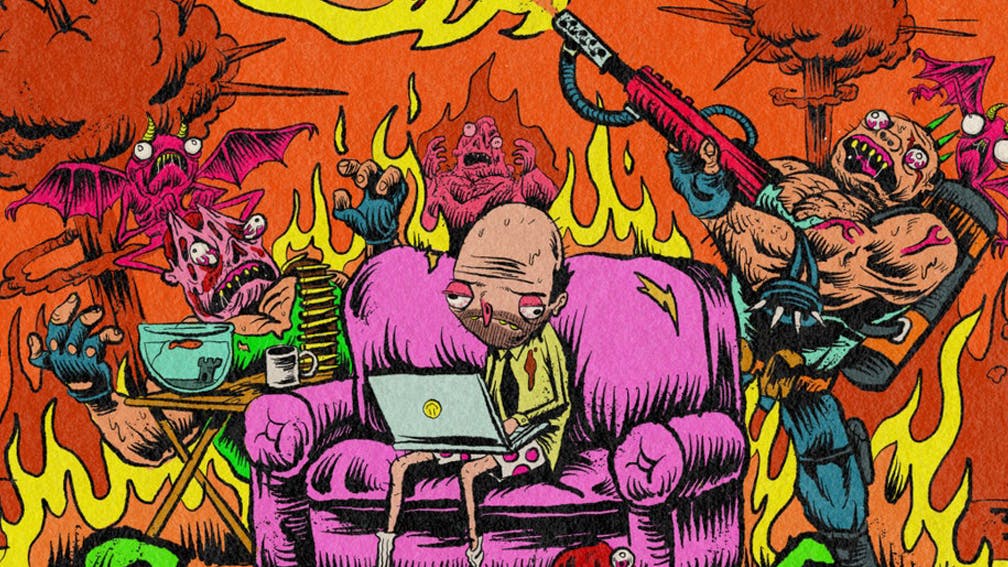 In a year where it’s hard to remember what music was even released in spring, you probably don't need reminding just how great PUP’s 2019 album Morbid Stuff is. Chock-full of gang vocals and fist-pumping good times, it’s the finest record the Toronto punks have put their name to, and for this new six-track EP, a selection of unreleased songs from those sessions have been unearthed alongside a new cut.

It’s clear why these tunes were left out of the final version, though, lacking that instant infectiousness and jubilant attitude that made Morbid Stuff so great. Sure, they sound like PUP, and if you’re already a fan then you won’t be disappointed, but tracks like Nothing Changes and Floodgates just lack that sense of vitality and vim.

Opening track Rot (which was actually written and recorded this year) stands out from the pack, crackling and popping off in all directions, reaffirming PUP’s love and perfection of upbeat-music-with-downbeat-lyrics that Alkaline Trio do so well, plastering on smiles on in the face of adversity. By comparison, Anaphylaxis is much more erratic, ducking and diving between frantic and finesse, that hurtles towards the finish line. Closing track Edmonton follows a similar tack, at just over one minute in length, the aggressive, turbocharged ode to a night in the Alberta capital packs a serious metallic punch.

Perhaps the highlight, though, is the cover of AM 180, originally by American ‘90s indie cultists Grandaddy (aka the theme tune to Charlie Brooker’s Screenwipe to some of you). More than just a faithful rendition however, PUP make it their own and are clearly having fun while doing so. And that’s what this record really is; a reminder of how fun music can be. Sure, it’s not as joyous as Morbid Stuff, but for a stopgap to keep fans going in these bewildering times, it does the job nicely.

For Fans Of: The Dirty Nil, The Menzingers, FIDLAR

This Place Sucks Ass is out now via Rise – order your copy now.

READ THIS: PUP's Stefan Babcock: The 10 songs that changed my life