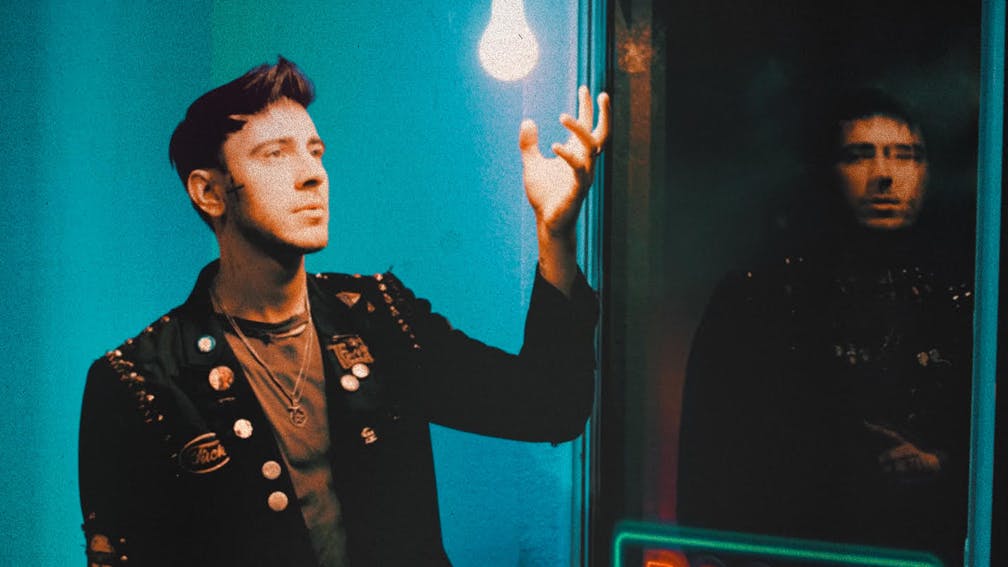 Who the fuck is Ricky Himself? It’s not a question easily answered through the normal means right now. At the time of writing, there’s no Wikipedia page for Ricky Cano, or his hip-hop/pop-punk alter-ego. He doesn’t have an official Facebook. There isn’t a substantial bio available anywhere between Instagram, Twitter and SoundCloud – though there are some great snaps of the man himself in pristine Juggalo make-up to gawp at.

The best bet to get a handle on him, then, is this wryly titled six-track debut. ‘In my head, I’m a fucking poser,’ he sings on pivotal track Imposter. ‘I’m scared that everybody knows it!’ As he unfolds that faintly melancholic pop vocal against an R&B beat, shimmering synths and extremely sparse guitars while being pushed as the next big thing in pop-punk, you can kind of see his point.

‘I have a silent way about saying the things that I want to say,’ he expands on the imaginatively-titled Silent Way, duly declining to crank the volume. At the point where he declares ‘There’s nothing less punk than listening to punk rock!’ on “satirical” single I Know You Like Black Flag, against a riff so insubstantial it’d make Fountains Of Wayne pause for thought, it’s hard to know whether he’s being serious or deliberately having a go at boiling some safety-pinned traditionalists’ piss.

Either way, there’s something about his simple songwriting that strikes a chord, forcing you to sit up and take notice – even if it’s to wince at the sheer sugariness of it all. Mark Hoppus clearly agrees, cropping up too add a little latter-day blink-182 to the springy Parasocial. Brooklyn’s Chloe Lilac, meanwhile – a fellow rising star of 2021 alt.pop – lends her pipes to the snappy I Might Die to compelling effect. F’d Up (but it’s true) feels particularly illustrative: that self-censored title ready for mainstream consumption, but the pop-rap songwriting within showcasing the dexterity and flow of years spent waiting in the music industry wings.

So, yeah, Ricky Himself is a dude we’re surely going to be hearing a lot more from. The meta-punk commentary is hilariously dewy eyed, but damn does this boy know his way around a pop song.

For fans of: blink-182, twenty one pilots, Waterparks

Poser is out now via Alamo

Ricky Himself drops satirical new single, I Know You Like Black Flag

Watch the video for Ricky Himself's new single I Know You Like Black Flag, an infectious satirical take on today's 'outcast' image.