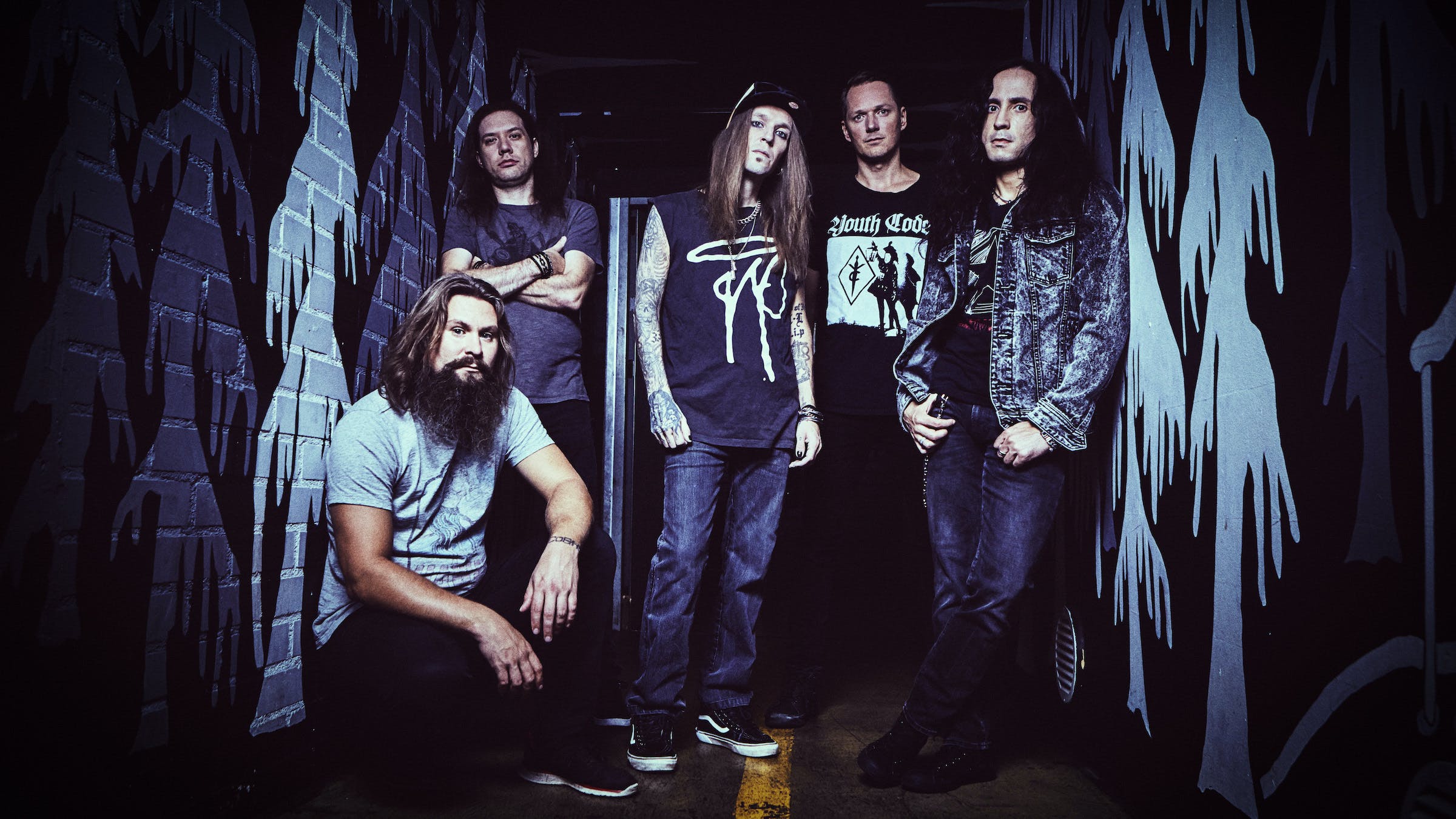 Over two decades and billions of notes shredded, Children Of Bodom have carved out quite a legacy in popularising melodic death metal that cuts like an Arctic wind. With their tenth album Hexed due on March 8, we thought what better way to celebrate the milestone than by forcing their wild child leader Alexi Laiho to ruthlessly rate their catalogue in order?

We suppose a cake and some balloons would also have done the job, but that wouldn’t have been half as fun as watching Alexi squirm, now would it?

“This is pretty fucking brutal, I tell you, because it’s like I’ve got to pick my least favourite kid. But I’m sure everyone secretly has one so I’ll go with this. I actually listened to it recently and there’s a couple of cool tracks, but the rest of them don’t make any fucking sense. Just a whole lot of riffs at high speed that don’t make up a song. At the time it seemed like doing something different was the right thing to do, but maybe that change was too thought out.”

“Even though in our minds it’s a classic, let’s face it, it’s fucking stupid. There’s Deadnight Warrior and Lake Bodom which were actually good songs, but other than that it’s a series of great riffs with me screaming obscenities on top of it. But that’s kind of cool because it’s real. We were only 17 and 18 at that point and we saved up money from our daytime jobs doing random shit to record the album. Nothing was planned. I love the anger and the energy, but if I have to pick from all my children then this one isn’t the best.”

“That was the first time we noticed there was a problem with Roope [Latvala, guitarist]. I’m not going to say what the problem was, but he wouldn’t show up for practice and let’s just say he didn’t share the same work ethic. With Halo Of Blood I wish we had maybe an extra six months. I think it was done in a rush because there are a lot of good guitar lines all over the place, but good songs? Not so much. Somehow it got a lot of attention as ‘Children Of Bodom go back to their roots.’ Again. I wish I knew what these roots are because we seem to be going back there a lot!”

“How many fucking records do we have? This one isn’t bad, but it’s not the best. It was the first time Peter Tägtgren from Hypocrisy recorded and produced my vocals and he taught me a lot of tricks that I use today. I wanted to improve as a singer and Peter is the most fucking badass death metal singer ever, and he knows about recording, so I asked him and he was like, ‘Hell yeah dude, let’s do it.’ That was a huge fucking moment for me.”

“It was another step up and musically it was a little more diverse. I think the record sounds great and it was a good time on every level: we had so much fun in the band and we were touring non-stop. We were in our early twenties and we didn’t give a fuck; we would go anywhere. We started to make a little bit of money and that was the first album where I started to get all this hate, like ‘you guys sold out,’ and all that shit. However, that record sold more than any other COB album so yeah, if we sold out then I’m fucking happy about it!”

“I can say the same thing between Hatebreeder and Follow The Reaper. The band grew a lot and just got better and better and more and more attention from everywhere. We got to play in Japan, which was unreal for us and then we started to hear rumours that people in America dug this shit. It was so fucking insane we couldn’t believe it, because this all happened between 1997 and 2000, so we’re talking about three years. But then we also made three albums, so we just wouldn’t stop. I was also doing Sinergy on the side but I just didn’t care, dude. I wanted to be something.”

“Hatebreeder was a massive leap from Something Wild on so many levels. Between those albums we did two full European tours opening up for Hypocrisy, who were one of our favourite bands. There was no denying them. Doing these festivals and tours we got to see how bands acted on and offstage. We were clueless fucking kids from the North Pole who hadn’t seen anything from anywhere. But we were full-on and we were ready to kick everyone and anybody in the face. We wanted to fucking kill everybody. That was the Hatebreeder mentality.”

“I know a lot of people supposedly didn’t like it, but it’s one of my favourites and I’m really fucking proud of that record. We had just lost our guitar player [Roope Latvala] the day after recording started, and I was adamant and determined that we were going to get everything done on time. My work ethic is very important to me and I feel like the worst piece of shit in the world if I blow a deadline. I just got busy concentrating on remembering what his parts were, so I need to compliment myself on doing a great fucking job of recording all the guitars.”

“I loved recording and writing this new record and I love the way it sounds. It was also when I realised that Children Of Bodom is definitely a five-piece. Daniel [Freyberg] plays guitar with a different touch than I do and you can definitely tell when you put your headphones on that there’s two different dudes playing – it makes it more alive. As proud as I am of I Worship Chaos, having everything in sync and me playing all the guitars doesn’t necessarily serve our band. Children Of Bodom has always been a little more rock ’n’ roll than that.”

“That’s the album that fucking broke everything for us: the shows got bigger, festivals got bigger, and we sold a lot of records. I could have never imagined being on MTV Headbanger’s Ball. Me and my sister grew up watching [presenter] Vanessa Warwick, so for us Headbanger’s Ball wasn’t just a TV show, it was a fucking event. We always had to watch it in secret, too, because it would be on at 11:30pm and we had to be in bed. But we got permission to tape it so one of us could be up to press record on the VHS. Of course, me and my sister would plot out a way to get the other downstairs to watch and it was the best shit ever. It just goes to show that there were probably kids out there doing exactly what me and my sister did and seeing Children Of Bodom on Headbanger’s Ball, which is pretty fucking cool.”

Children Of Bodom’s new album Hexed is due out on March 8 via Nuclear Blast – pre-order it now.

The band play this year's Bloodstock festival in August – get your tickets now.

EP review: Bodom After Midnight – Paint The Sky With Blood

Alexi Laiho: The Wildchild who influenced a generation of metal guitarists

We pay tribute to Children Of Bodom's Alexi Laiho, who has passed away at 41