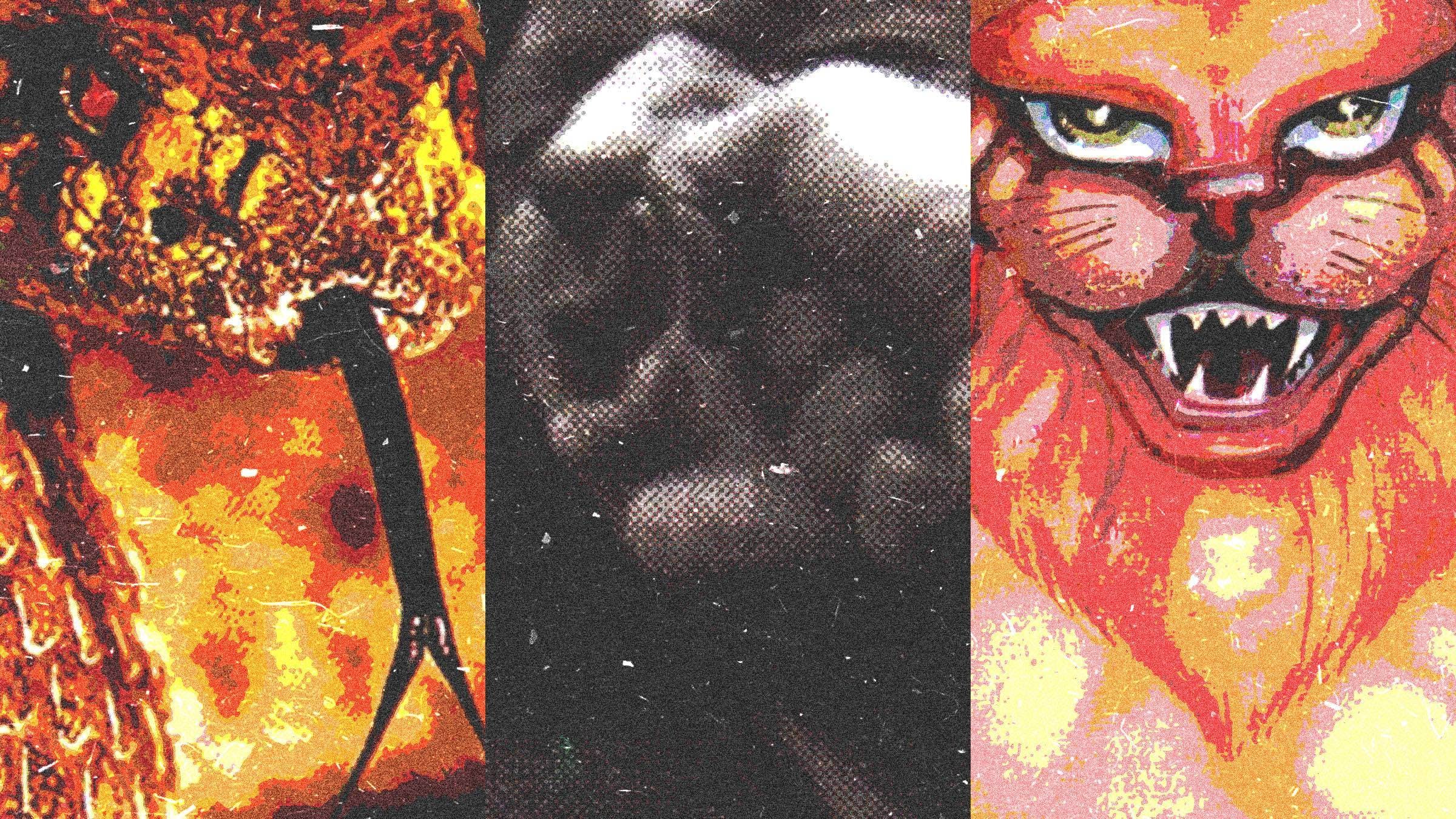 Of the bands known for having two distinct acts -- playing one kind of music early in their career before drastically changing styles -- Pantera is an odd duck. We think of the Texan quartet as the groove pioneers who saved American metal by adding sexy rhythms and untold heaviness to thrash. But the truth is, Pantera were a pretty standard glam metal act with NWOBHM shred tendencies before they finally found their unique Southern style. As such, it's easy to think of them as two different bands -- Pantera Before, and Pantera After.

In the spirit of fairness, we decided to rank Pantera's entire discography, poofy hair and all. What we found was surprising: when they're all listened to with a fair ear, some of the band's cheesier albums are actually as good, if not better, than their later, heavier material. Though very different from the Pantera everyone knows, the pre-Cowboys material still has its own distinct charm, and plenty of raw power.

It’s easy to put Pantera’s glam albums low on this list, but there’s a specific reason Projects is at the bottom spot. Unlike the band’s debut, Metal Magic, which is a weirdly satisfying early metal tribute, Projects tries hard to play up the edgy, dirty side of glam, complete with the wanky guitar tone and the ultra-wailed vocals. Even the record’s edgier moments, like Out For Blood, sound like typical Mötley Crüe rip-offs. Worse than bad, this one's just sort of...predictable.

Honestly, I Am The Night ranks slightly higher than Projects In The Jungle only because the guitar tone is better, and the gang vocals aren’t as ridiculous. That said, this basically falls into the same category -- a lousy, if at times shreddy, hair metal record made by dudes trying to find their sounds. It's worth mentioning that a few songs on I Am The Night -- the title track and fast-and-loose shredder Valhalla, to name a couple -- are strong enough that this record deserves a listen or two. Overall, though, you can skip this one.

It’s a shame that Pantera’s final studio album was such a mixed bag. But that speaks to where the band were at when it was recorded -- Reinventing The Steel saw Pantera dealing with outside pressure and internal rifts. This was especially true for vocalist Phil Anselmo, whose passion lay with death and black metal at the time, and who felt especially dogged by the media to be a modern trad-metal star. As such, the album’s awesome tracks -- Goddamn Electric, Revolution Is My Name, and the epic closer I’ll Cast A Shadow -- fall between some of the band’s more confusing and uneven output.

It’s so cheesy...but so good! Though the cover and general tone of Pantera’s glammed-out debut are easy to laugh at, it must be noted that Metal Magic has a ton of killer old-school metal to it. Just as Slayer’s Show No Mercy is amazing despite being an obvious Venom clone, so too is Metal Magic amazing for its takes on KISS, Van Halen, and Scorpions tracks. And listen to young Pantera! The whispers on Tell Me If You Want It are adorable; hell, the fact that the song is called Tell Me If You Want It -- an awkward mixture of power ballad sexiness and politely requesting consent -- is just the cutest fucking thing. Meanwhile, Dimebag’s unique solos and steely shredding still shine through, adding an extra dose of soul to the album’s sometimes clownish atmosphere.

For many, Far Beyond Driven is Pantera’s first big album, the mainstream release that came on the back of Vulgar Display’s massive success. But Driven is not only incredibly heavy, it also shows off the beginnings of the band’s true dark side. Becoming and I’m Broken illustrate Phil’s patented mix of vulnerability and ego, while Slaughtered revels in the band’s uncommon rhythms. That said, overall the album feels a little aimless and all over the place, a product of growing pains more than a well-executed effort. Though one of Pantera’s most recognizable albums, and the home of several killer cuts, this one sits firmly in middle ground.

Don’t knock it ‘til you’ve tried it. Pantera’s glam years are usually panned across the board, but the band’s first album with Phil Anselmo on vocals remains an incredible record for any old-school metal fan. On Power Metal, the band hasn’t quite locked down their signature sound, but that larval, unformed tone adds considerable charm. We’ll Meet Again, Proud To Be Loud, and Hard Ride are like the songs Judas Priest never got around to writing, and prove that even during their early years, Pantera had serious metallic chops. Though often overlooked for obvious reasons (real talk, there's a whole lotta hair on that cover), this one is easily one of the band’s strongest releases.

The birth of Pantera as we know them. Cowboys From Hell sees the band injecting what became their signature -- Southern rock groove -- into their early rollicking shred-thrash to create a muscular heavy metal monster. Between the title track’s grand declaration, the throbbing breakdown of Domination, and the squealing solos of The Sleep, this album covers all the many faces worn by Pantera, and showcases their strength as a classic heavy metal band before they graduated into the groove-metal groundbreakers they are today. Clarity of vision on tape right here.

Well, yeah -- how can you argue with Walk? At the end of the day, Vulgar Display Of Power will be the album that will outlive all other Pantera releases. Harder than Cowboys, but not yet chomping at the bit like Driven, Vulgar is the Pantera sound boiled down to a thick, delicious reduction. Time-honored crushers like Mouth For War and This Love express Phil’s steel-plated heart, while Fucking Hostile and By Demons Be Driven gives those listeners sick of radio-rock something harsh to scrape their knuckles against. A truly monumental record on all fronts.

When it gets dark in Texas, it gets real fucking dark. With their eighth studio album, Pantera reached into the murky depths of their identity and pulled a wriggling, venomous creature out to show the world. On Trendkill, everything is taken to a furious degree -- Dime’s riffs are syrupier, Phil’s shrieks are more vampiric, Vinnie’s drums rattle harder, and Rex’s bass just ooozes. More than anything, though, it’s the unbridled rage on this album that makes it powerful -- at authority, at the media, at the fickle nature of the culture surroundings the band, and most of all at themselves. This spleen is felt all over Trendkill, especially on 13 Steps To Nowhere, Suicide Note, Pt. 1 & 2, the drowning twang of Floods, and the utterly disgusting indictment of privilege that is Drag The Waters.

While Pantera’s other albums sound written for any dude in cut-offs crushing a tall boy, The Great Southern Trendkill hails those infected with the Pantera mindset, a philosophy with its middle finger perpetually raised, that blows smoke in face of anyone who would tell it to cheer up. And that’s why it’s the best Pantera album -- because its hackles are up, because it’s not for everyone, because fuck you if you don’t like it. Let the war nerve break.