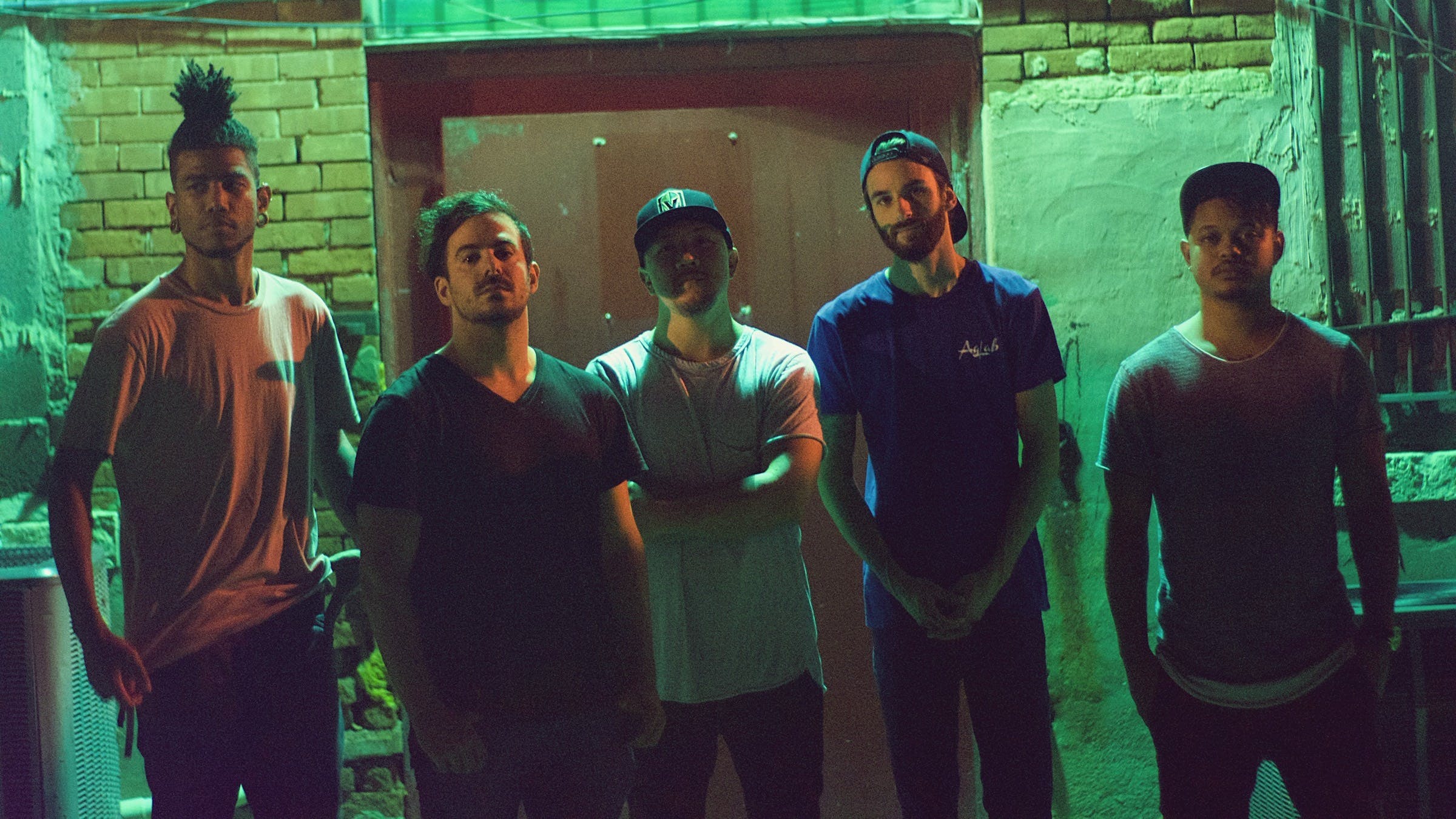 It's fascinating, but not terribly surprising, that Amarionette are from Las Vegas. The post-hardcore band-turned-synth-punk act have a certain high-flying and no-nonsense attitude that listeners will easily relate to the blazing neon abandon of the Vegas strip.

But that ignores a more important comparison: this band works to entertain. Like the many tireless performers and directors making every night in Las Vegas a night to remember, the guys in Amarionette are always looking for new ways to engage their audience without sacrificing their principles, whether that means abandoning traditional album release structure or changing their style altogether.

That said, don't get the wrong idea from the title of the band's new track, Compromise. The song, featuring vocals from former Dance Gavin Dance frontman Kurt Travis (whose label, Esque Records, Amarionette were once on), is a spring-heeled pop-rock track that somehow both soars and gets right in your face.

Amarionette guitarist Nick Raya knows exactly what he's about. When asked why the band release singles and EPs rather than consistent full-lengths, his response let's you know he's thought about the question at great length. "Man, there are so many times, when you release a full-length, at least on our level, where people listen to the first two or three songs and the rest of the record goes unheard," says Nick. "Why even spend the time and money to put out all these songs at one, when no one gives a shit? It’s all about listener engagement, keeping people’s interest."

What was it like growing up in Las Vegas as a rock fan? Was there an underground scene?

Not really. There have been several bands to come out of Vegas -- us, Stolas, Escape The Fate. But there’s not a huge scene out here. Most of those bands, including ourselves, have to venture off and make our names elsewhere. It’s not a very rock town. There’s a lot of cover bands down in Old Vegas, but other than that, especially nowadays, it’s very DJ-heavy. All the EDM artists at the clubs, and on the strip -- it’s insane how much money those guys make.

Do you feel like Vegas's Sin City vibe creeps into your music?

I do have some electronic influences, but I don’t know if it’s straight EDM. I have a lot of that ‘80s retrowave style that’s coming back, influences from that--that’s the kind of electronic music that I love. But I was never into Skrillex, or drum and bass, or whatever had the big wobbles -- that was not my thing. It was definitely not an influence in our stuff. We definitely love that ‘80s style synth, but I guess it’s how it’s blended into our music.

How did Amarionette's sound develop? Was it an eventual progression, or did you start off knowing how you wanted to sound?

When we first started, I can say for all of us that we just wanted to be a post-hardcore act. I grew up a diehard Saosin/Circa fan. I got into Dance Gavin Dance early in college. I was all into that style of music. And after five or six years of playing that style of music, I realized, we just sound like everybody else. We’ve got the high-pitched singer, we’ve got the crazy operatic vocals...I was tired of writing the same friggin’ songs, over and over again. I started to branch out and listen to more ‘80s synth and pop music, and tried to overlay that with what we’re doing. I decided we had to switch things up, and overlay some styles together. We were going to get pigeonholed into one style if we didn't change. So in 2016, early 2017, I was like, This is what I want the band to sound like. And that’s when we went in a different direction. The new stuff just has more instrumentation. The song structure’s still pretty simple, and there’s progressive elements within those, but it’s definitely more pop-oriented than it is progressive.

You said you were always a big Dance Gavin Dance fan -- how'd you hook up with Kurt Travis and get him to do vocals for Comrpromise?

We were signed to Kurt’s label in 2015 or 2016, and we met Kurt through [former DGD guitarist] Zachary Garren. Zach and I followed each other online, and I told him on a whim, ‘Check us out.’ He told us Kurt had started a record label, and he wanted to show him our stuff. Kurt got ahold of our EP and contacted me in 2014. He told me he was starting up a label, and he wanted us to be the first band on the label. But I was in school, and wanted to get my degree...I was just playing it really safe. He understood, he was cool. So when I graduated, and I ask him if he still wanted to sign us, and he was into it. He actually took us out on two or three different tours, where we were his backing band.

This song, Compromise, is part of a batch of songs where, about two years ago, we just went into the studio and recorded about 20 songs. And we were going to pick the best 14. Then we ended up parting ways with out old vocalist, and before we found his replacement, we were still really good friends with Kurt, and I said, 'Let’s do some songs together.' We recorded two songs, and were going to work on another two. We recorded heavier songs, rock songs, pop songs...so everything we’ve released has been from that batch of 20 songs.

Listen to Amarionette's Compromise below:

Make sure to catch Amarionette on tour at one of the following dates:

Following the death of bassist Tim Feerick last week, Dance Gavin Dance have confirmed that their touring plans – including Swanfest – are still going ahead.