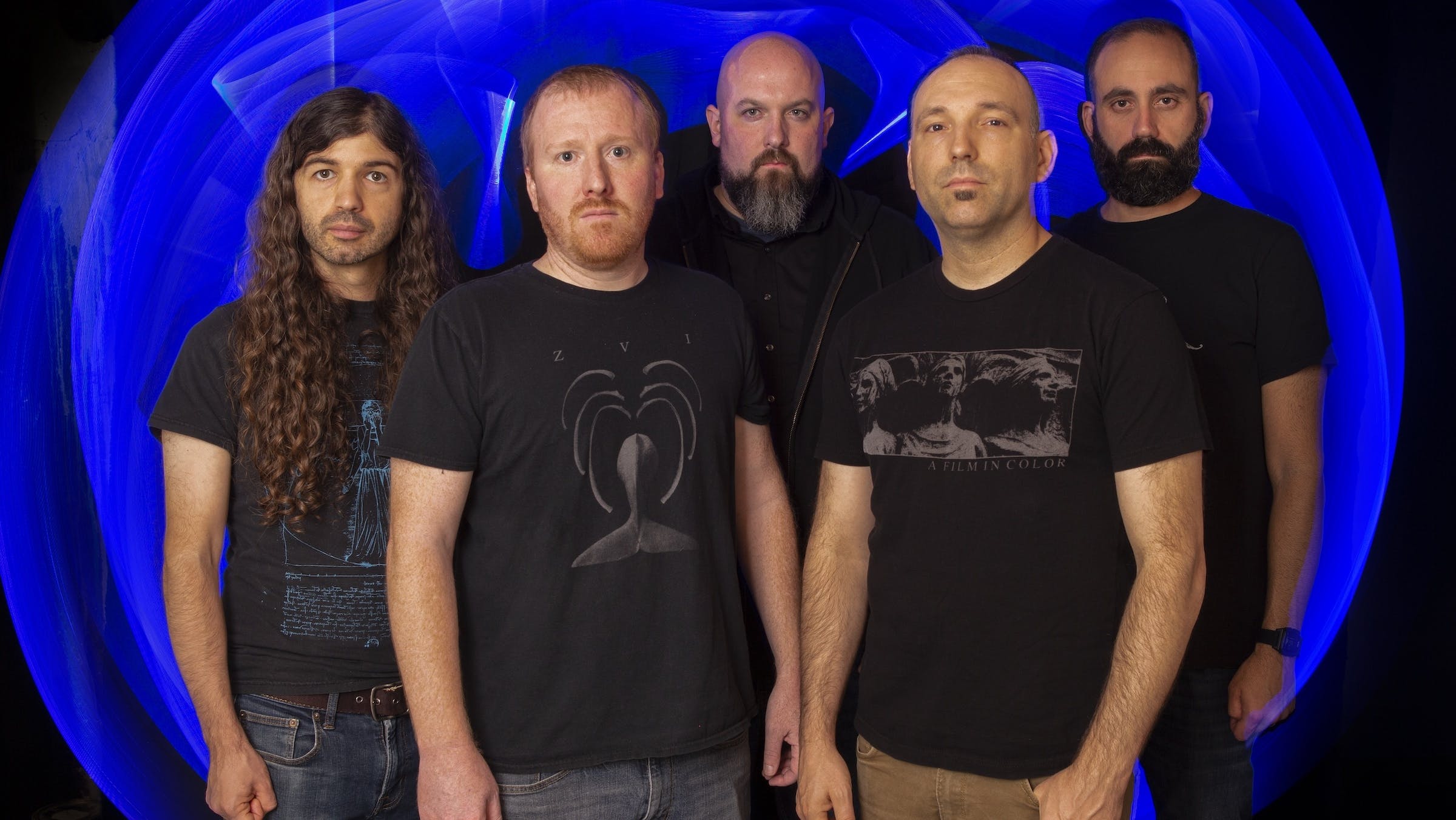 Some people might forget how progressive hardcore could get in the early 2000s, but East Of The Wall remembers. The Keyport, New Jersey, quintet have always been known for taking groaning, heavyweight riffs and percussion and mixing them with long-form experimentation and moments of resonating serenity. As such, their music connects with the listener's emotions, but in an honest and nuance way devoid of sappy cliche or self-indulgence. That perfectly-straddled line will enamor fans of everything from Dillinger Escape Plan to Periphery to their strange siren song.

With their fifth full-length album, NP-Complete, due out next month, the band has released a new single and video, titled Clapping On The Ones And Threes. While the song showcases East Of The Wall's signature hybrid of emotionality and aggression, the video is an elaborate mindfuck, showing a CGI world in which an old man and young apprentice attempt to survive a hostile universe of grit and engine oil. And yet, the footage itself has a strange resonance to the band's early years -- and to the glory days of sweet mother Internet.

"The video features animation from a short film called Elephants Dream", says bassist/vocalist Chris Alfano. "It's the first open movie, created back in 2006 by a collaborative group of people from around the using open-source software, and released under creative commons. Jolil Ula from Vacant Eye films shot all the live footage of us, and then edited it together with the narrative. Having originally just seen the live footage, and the short film, going back and watching them edited together into a singular piece recontextualized both, and I'm really happy with how it turned out."

Describing the track, Chris says, "Clapping on the Ones and Threes was the first song we wrote for NP-Complete. The first sessions were way back in late 2013 before our previous record Redaction Artifacts was released. We tweaked it several times along the way, and the final vocal parts weren't ironed out until the end of the recording process last year. But for the most part, we've had this one for a while - so it's nice to have it finally released to the world.

"We chose Clapping... for the first video because it covers so much ground, sonically and dynamically. It shows off the three-guitar approach better than some of the other tracks on the record (since many of the songs on NP-Complete were penned when we were a four-piece), and features some of the most diverse instrumentation: acoustic guitars, mellotrons, more modern-sounding synthesizers, both of our melodic vocalists, and so on."

Check out the video for Clapping On The Ones And Threes below:

Take a look at the cool, mind-bending art for NP-Complete:

Make sure to pick up the album when it drops March 29th via Translation Loss Records.

And get your brain massaged by East Of The Wall live at one of the shows listed below: