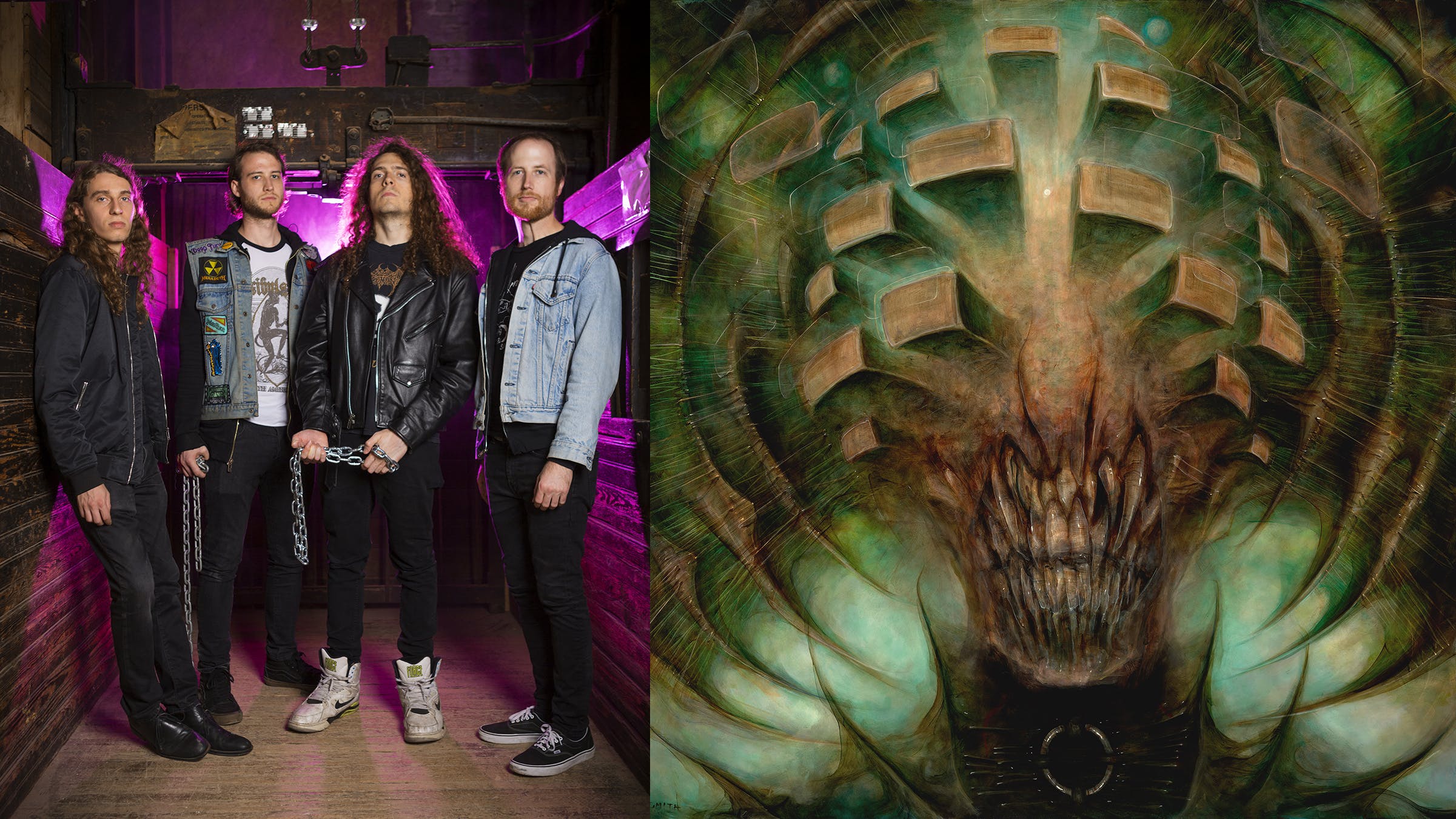 With three fantastic full-length albums and a brutal debut EP under their belt over the last nine years, Philadelphia's Horrendous have long been darlings of the underground death metal community. Now, with an upcoming fourth LP that tops anything the progressive, innovative band has done before, Horrendous are poised for mainstream metal recognition.

The music on this album, Idol, draws inspiration from both personal and national crises, exploring themes of defeat – or, more specifically, "the gods we build in our minds to escape the responsibility of action and change as we relinquish our agency," according to the band's latest press release. Sounds deliciously sacrilege, eh?

Mimicking the act of deity building, Idol is filled with sprawling, tumultuous compositions that mirror the turmoil of modern times. Stand-out tracks include Soothsayer (the album's first single, originally featured on our American Excess playlist), Golgothan Tongues, and the monumental eight-and-a-half-minute closer Obolus – all of which challenge the boundaries of the death metal genre without sacrificing an ounce of heaviness.

Given the strength of the work, Kerrang! is naturally thrilled to be able to offer an exclusive premiere of this album right here, in advance of its official release this Friday, September 28 on Season of Mist.

Here's what the band has to say about this exciting stream:

"We are incredibly proud to unveil the monstrosity, Idol, in full for the first time. More than ever before, we feel that this work is a seamless, unified entity that demands to be heard in its entirety. Each piece is a unique variation on a larger thematic whole – scattered limbs ultimately assembled into a towering beast -- and we are beyond excited for fans to be able to take a step back and absorb it in full, as it was meant to be experienced."

Check out the entire album below!

You can purchase the album in all physical and digital forms (along with some super sweet merch) by clicking here.

And be sure to catch the band on tour this November when they hit Worcester, New York, Philadelphia, and Washington, D.C. on the four dates listed on the poster below!

The band's Brooklyn record release gig with Tomb Mold and Daeva was brutal, insane, and entertaining as hell.