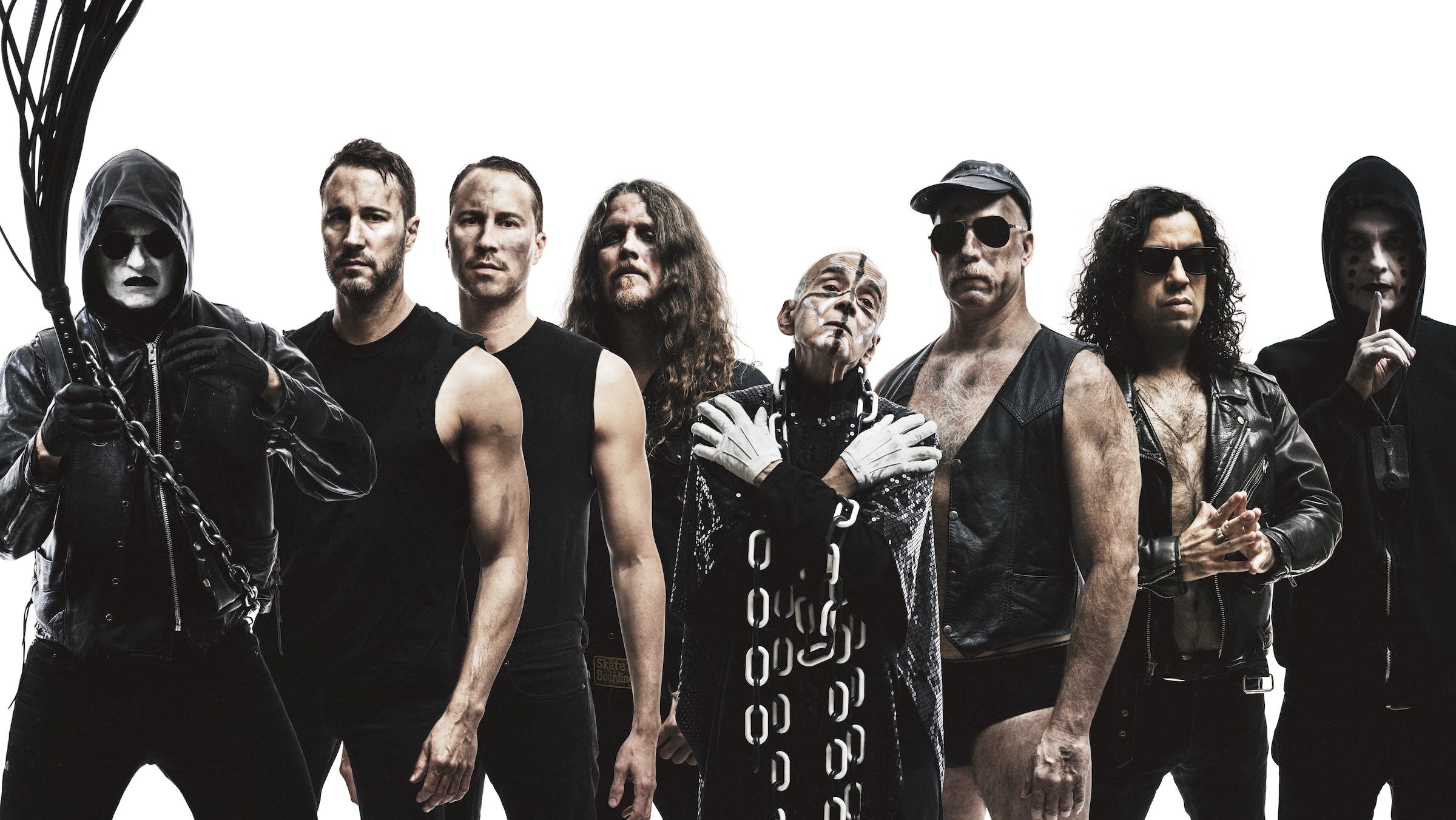 Sometimes, heavy metal should feel like everything parents, teachers, and talk show hosts warned you about, and for that, there's Nastie Band. The New York City-based sonic enclave, featuring Faith No More guitar and keyboard player Roddy Bottum, 82-year-old singer and electronic music pioneer Chris Kachulis, and current and former members of acts like Villains, Merchandise, and Pollution, have a sound and image that will remind listeners of the wicked, daughter-tempting, devil-worshipping schlock bands of classic '80s movies. The bands revels in chains, leather, and snarling heavy rock that pulls from all corners of metal, goth, and noise, with a hard polish of NYC degeneracy.

One need only listen to Nastie Band's latest single, Circle Of Knives, to get the idea. The song, pulled from their self-titled debut that's due out later this month on Sleeping Giant Glossolalia, has it all: lumbering doom riffs, death march drumming, haunting whispers, pained cries, eerie church bells, and even a bevy of Celtic Frostian 'OUGHS!' throughout. The track certainly feels metal as hell, though its horizons are set firmly outside of the genre's simple limitations; think of the soundtrack to an unholy blasphemous rite held in a slum basement in a scene from one of the Death Wish films, and you'll have some idea of what the collective is going for.

Listen to our exclusive stream of Circle Of Knives below and revel in making Jesus cry about what's happened to you:

Nastie Band's debut comes out Friday, 7/26, on Sleeping Giant Glossolalia, and is available for preorder.

Nastie Band is obviously not Roddy Bottum's first exploration of shock within rock'n'roll. In 1993, Roddy came out as gay, becoming one of rock's first openly-gay figures. “[Coming out] made me nervous," Roddy admitted. "I was afraid I’d end up cast in this inflammatory light. I didn’t want [resultant tabloid press] talking about me being gay like it was i) anything to be ashamed of, or ii) something that I’d been hiding.

"As far as rock’n’roll goes, there is still the stereotyped heterosexual scenario of teenage girls falling in love with macho guitar heroes," added Roddy. "But there’s just as much homosexual infatuation in rock music as heterosexual – it’s about time that it’s recognised."