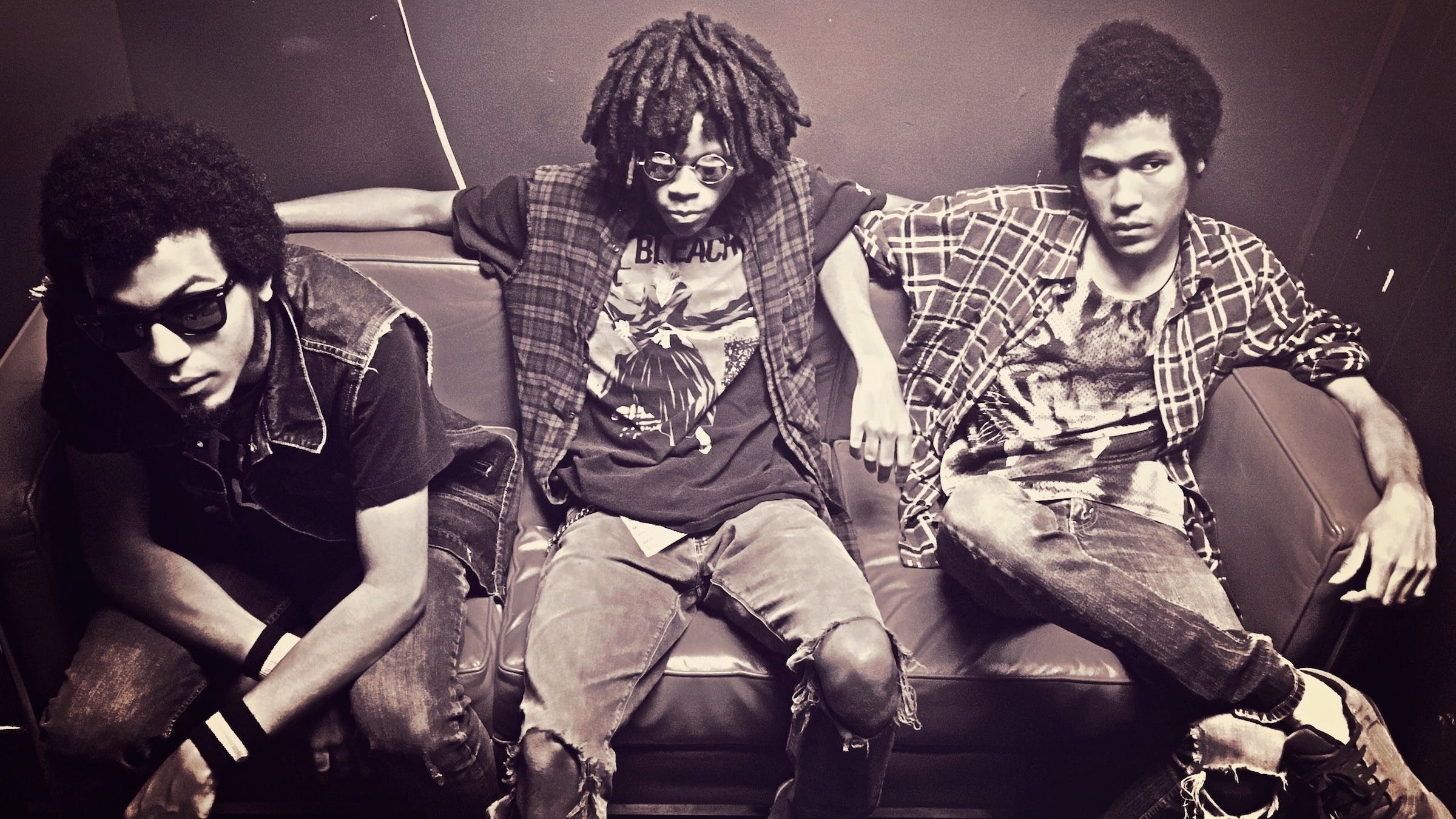 Punk rock has always been a place for underdogs to speak their minds, and Radkey are here for it. The Missouri-based trio of brothers -- guitarist-vocalist Darrion "Dee" Radke, bassist Isaiah Radke, and drummer Solomon Radke -- have always brought an acerbic realness to their music that feels unique to being three homeschooled black kids from Nowheresville, America. This tangible sense of rebellion has garnered them countless special chances to spread their message, from performing at huge fests like SXSW and Coachella to partnering with MasterCard for the #StartSomethingPriceless campaign.

But though the rock world are ready for Radkey, mainstream America is still plagued by bullshit hang-ups, which is what the band confronts in their new track, P.A.W. The song, one of the singles as part of the band's waterfall bundle, is a kickass, full-throttle blast of killer riffs and unstoppable drumming, with Dee screaming against the "pretty people" who would deem the brothers Radke undesirable or intimidating for just being who they are. The track is a perfect combination of high-energy rock and roll and lyrics about how cultural politics apply to real people -- basically, everything punk is supposed to embody at its core.

"P.A.W. is a song mostly about 'redlining' and how shitty it feels to be considered less than others," says Isaiah. "It’s about the times when you’re reminded of that fact. The feeling that you’re always being watched."

Get pissed off to P.A.W. right here:

With waterfall on its way, make sure to stay up to date on Radkey via their Facebook.