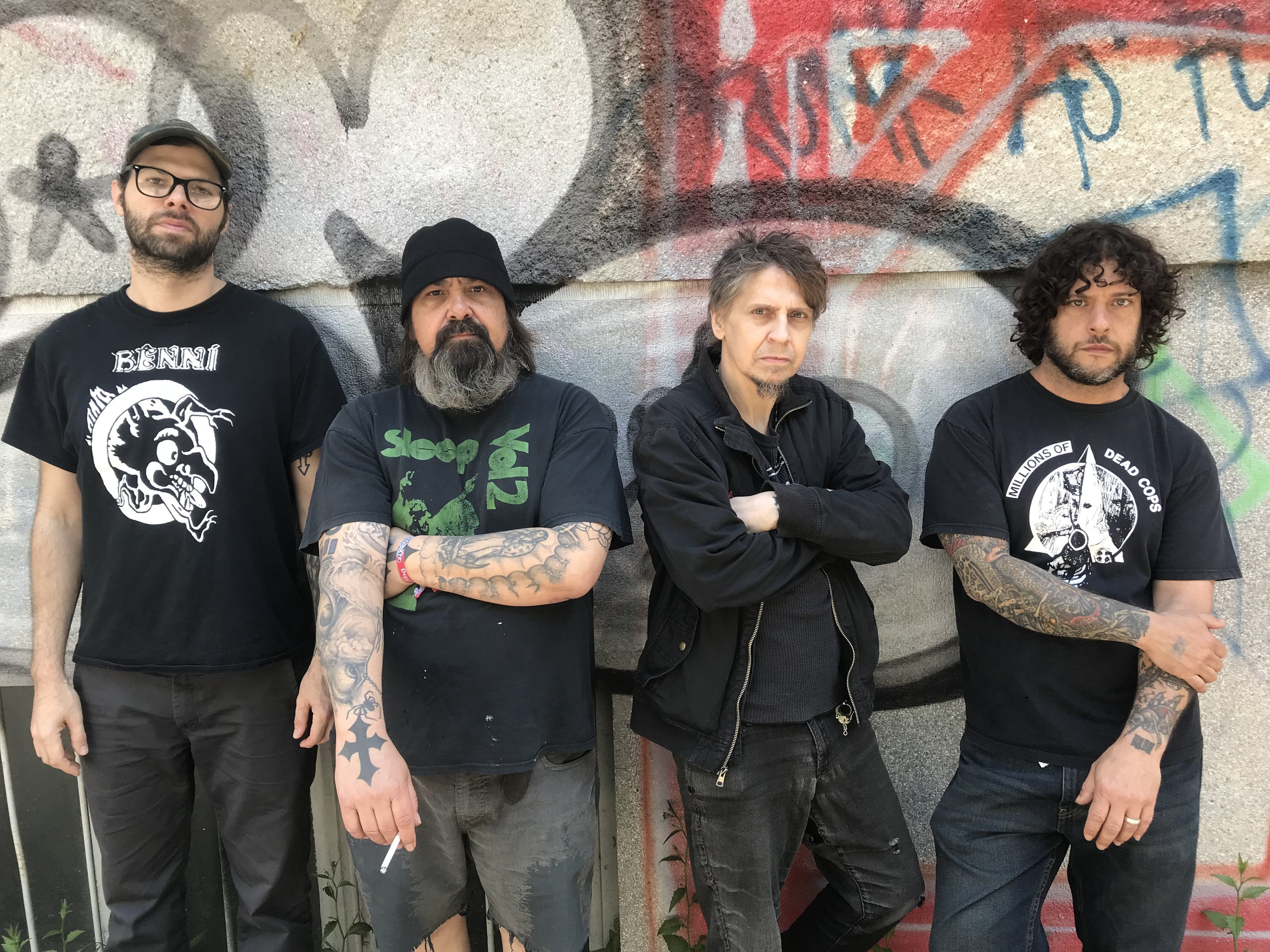 While on tour in Mexico, New Orleans sludge-metal band Eyehategod faced some seriously bad luck when drummer Aaron Hill was assaulted with a knife and robbed. It was first reported on Mexican website El Informador, which included a statement from the show’s promoter Show No Mercy. The translation reads:

“Today while Aaron Hill was walking to the venue he suffered a robbery. They have a driver at their disposal; but they had been touring the city all afternoon so he preferred to walk to the venue, as his hotel is very close; when 4 people, 2 blocks away, intercepted him and took his belongings while one of them threatened him and made a wound of 5 cm on the left side. He is fine, however he was not able to continue with the show.

It is worth mentioning that neither Foro Independencia, nor SNM, nor Aaron are responsible for this event; It is not possible that you can not walk safely down the street willing to enjoy your Sunday.

We appreciate the support of the Red Cross and the Guadalajara Police for the attention.

Enrique Alfaro hope that this crime does not go unpunished and we can enjoy our city with tranquility.

During the week we will let you know the refund process.”

Luckily, he’s alright. The tour should be able to continue, and the dates are as shown below: