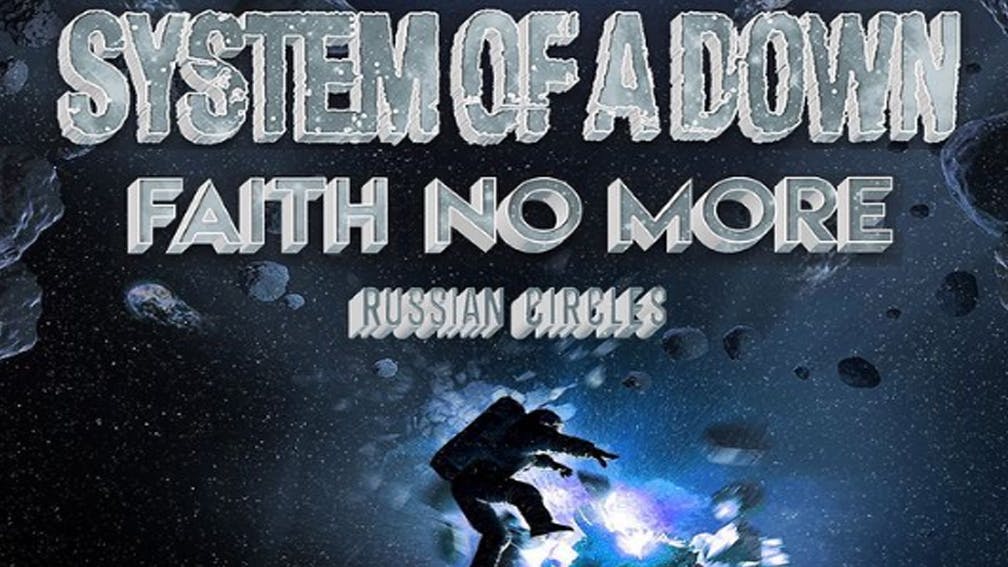 System Of A Down and Faith No More have announced a trio of U.S. for October with post-metal heroes Russian Circles in support. Ahead of their two-night extravaganza at Banc Of California on October 22 and 23 – also featuring Korn and Helmet – the pair will play shows in Las Vegas, Fresno and Oakland.

Meanwhile, System Of A Down frontman Serj Tankian has been busy working on a new, 25-track cinematic twin-album, named Cinematique. Talking to Kerrang! around the release of this year’s Elasticity EP, Serj told us how making music across such a wide variety of styles works for him, and how it isn’t that much of a creative stretch, just a different mood.

“Each genre has its own potency: rock is the music of revolution, rock is the music of protest and change,” he said. “Classical music has the subtleties of so much emotion that can touch upon the rebellious nature of rock in one point, then be so vulnerable and beautiful in another way that rock can’t touch. Jazz has so many implications and capabilities, from sexy vibes to crazy progressive elements.

“Genres of music are like different types of food; you can’t just eat pizza all day.”

READ THIS: The 20 greatest System Of A Down songs – ranked

System Of A DownFaith No MoreRussian Circles