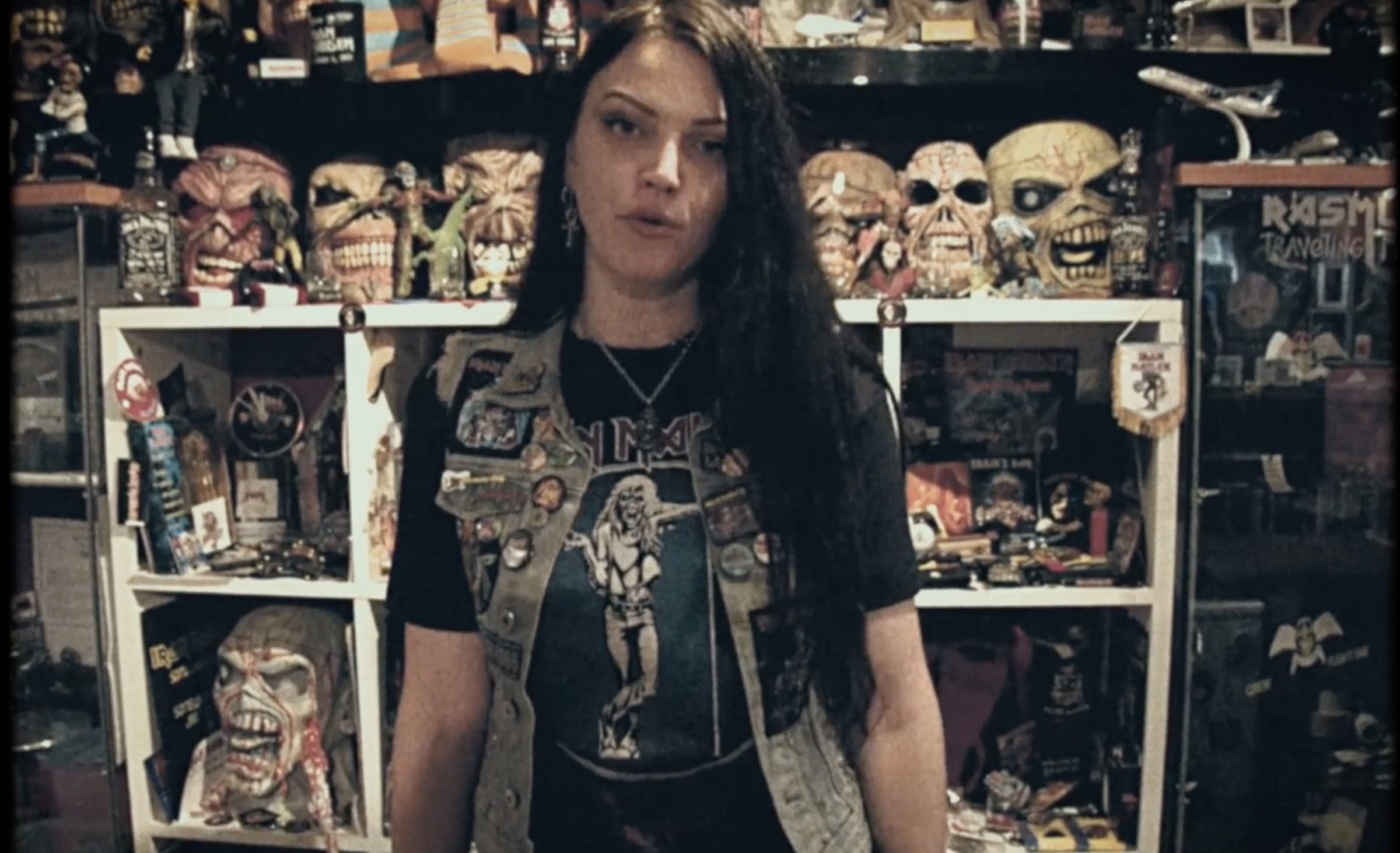 Meet Emily, a die-hard metal fan who lives and dies by Iron Maiden. But unlike a lot of fans, Emily is using her devotion to the band to make a difference -- she's funding a DIY breast cancer fundraiser by attending a slew of Iron Maiden concerts.

It was at Iron Maiden’s 2018 Legacy Of The Beast tour where Emily's eternal devotion to Iron Maiden was solidified. “The show was so bloody spectacular I needed to see them again, so before I knew it, five European tour dates later, I ended up with 24 concert tickets booked across the USA and Canada as well as many months of anticipation and planning ahead of me,” said Emily.

Unfortunately, Emily lost her mother, aunt, and grandmother to breast cancer, and she is now fighting her own battle. After testing positive for the genetic mutation BRCA-1, Emily will eventually have to go through a preventative double mastectomy. So, how is she preparing herself for that? With exactly what anyone would do: 24 Iron Maiden shows.

“Parallel to this, I also knew my impending operation is coming up and wanted to catch as many shows as possible while I was still ‘whole,’ if that makes sense," she explains.

“Because the trip is so crazy, lots of friends were asking me to document my travels on a private blog, as I have done in the past," says Emily. "After thinking about it, I realized I could take advantage of the extraordinary nature of this trip to set up a fundraiser for women who don’t have the same access to medical treatment as I do.”

That’s where the fundraising comes in. For access to Emily's Instagram, where she’ll be posting updates on the tour and her adventure, you must first make a donation to her GoFundMe. The money from that campaign goes straight to breast cancer treatment in Peru.

“It’s one thing to be a poor woman in a developing country, but it’s a whole ’nother set of dire circumstances to be a terminally ill poor woman in a developing country,” said Emily of Peru in particular. “That’s why I’ve teamed up with Club de la Mama INEN Neoplásicas, a volunteer organization offering support to Peruvian breast cancer patients.”

You can donate on her GoFundMe page. You can also watch her video below in which she explains the mission: