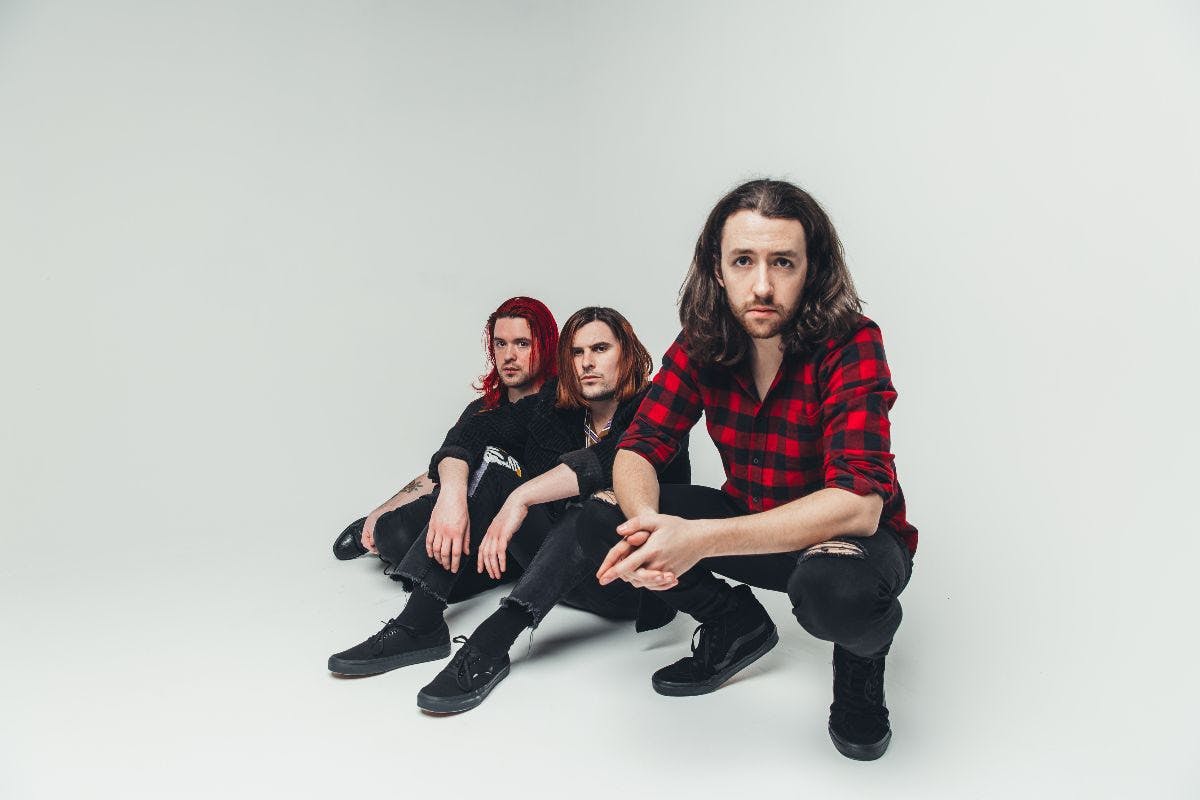 The upcoming record is the follow-up to their debut self-titled LP and will be released on July 5 through Vertigo Records.

Fangclub spent a month at Giant Wafer Studios in Wales to record the album, something that greatly affected their creative process.

“We always work best in isolation,” says drummer Dara Coleman. “I jokingly went into it saying ‘I’m willing to lose my mind for this album’. Around day twenty, things started getting weird - I started getting paranoid that everyone in the house hated me".

“There was a real atmosphere of obsession from everybody,” adds vocalist/guitarist Steven King. “It’s the craziest thing I’ve ever done. The theme of the album became violent, there’s a lot of violence in the tone of it, towards yourself and other things.

“It comes off as a heavier record because I didn’t have time to hide the real stories," Steven continues. "It really captured something. The pressure added to it, like ‘that line’s pretty revealing but I have to put it down, I don’t have anything else’. We could’ve gone in and made another debut, this punk thing with loads of hooks, or I could back myself into a corner. It’s a strangely revealing and personal album but I don’t feel afraid to share it because it’s almost as if I’ve expelled the things.”

A month prior to their album release, Fangclub will be supporting Metallica at Slane Castle in Ireland before heading out on their own headline tour of the UK in October – get your tickets now.

Fall Out Boy: The Untold Story Of Rock's Most Unlikely Second Coming

Vulture Culture is the title-track from Fangclub's new album

The rising punks from Stroud will be playing some of their biggest headline shows to date.

The New Fangclub Video’s Got Our Heads Spinning

Yeah, guys, your gravity seems to be on the blink here. Maybe it’s not Better To Forget about that. Kinda important.